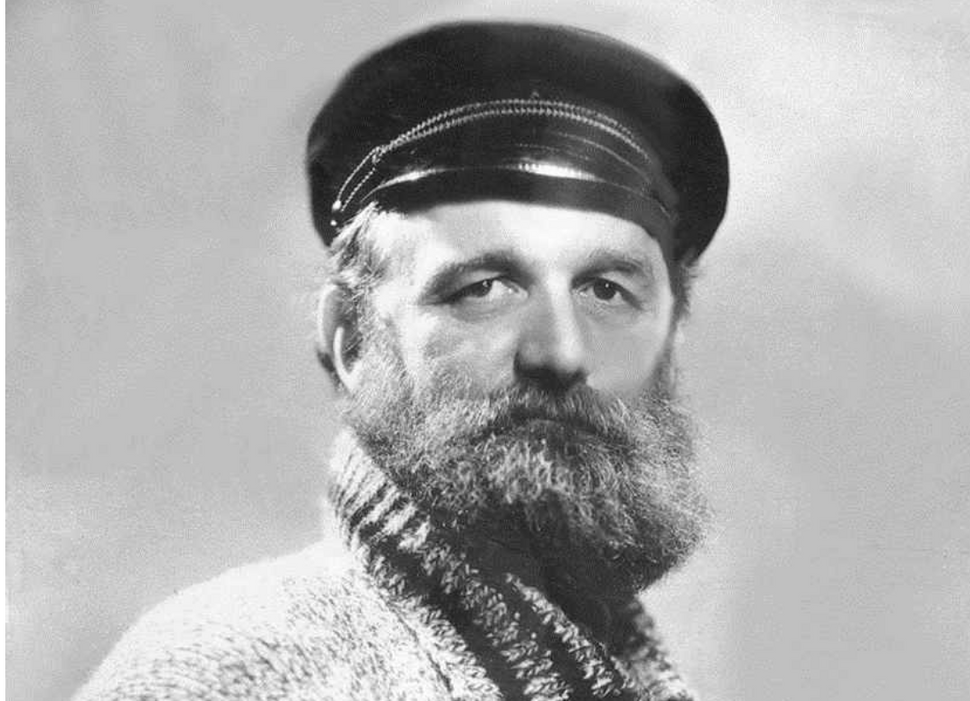 On December 20, 1934, the New York Jewish Daily Bulletin’s Michel Kraike published an article about one Peter Freuchen: “Eight feet tall, weighing close to 330 pounds, with a head like a grizzly bear’s and a thick, square red beard.”

Born in Denmark, Freuchen held a series of professions that, to modern ears, might sound unlikely: He was an Arctic explorer who traded goods with the Eskimos, a novelist who accidentally starred in a Hollywood adaptation of his book “Eskimo,” an amateur-surgeon-by-necessity — suffering from frostbite during his time with the Eskimos, he amputated several of his own toes before eventually having his leg amputated — and a onetime governor of a Greenland colony.

He was also a Jew. “Perhaps,” Kraike wrote, “the most unique Jew alive.” And that was before, according to The New York Times, Freuchen joined the Danish resistance in World War II, escaped Nazi imprisonment and an accompanying death sentence and, in 1956, won “The $64,000 Question,” a game show that was an early predecessor of “Who Wants To Be a Millionaire?” (Contestants answered questions in a category in which they held specific knowledge; a recording of Freuchen answering the $4,000 question — one of several that preceded the $64,000 question — indicates his category was seafaring.)

In a 1947 portrait by the photographer Irving Penn, Freuchen poses with his third wife, Dagmar Cohn. She sits, chic in all-black, a refined hat and a two-strand pearl choker. Freuchen stands by her side, grim-eyed and wearing an enormous fur coat, his hair standing on end. Perhaps not quite 8 feet tall — other sources list Freuchen as standing at 6 foot 7 — his ferocious demeanor prompts one to wonder how, exactly, a man swathed in what was once the exterior of a polar bear came to be the husband of a fashion illustrator whose work had reached the cover of Vogue. (Rumor is that Freuchen himself killed the polar bear destined to become his coat.)

The question of how Freuchen arrived in the situations in which he did must have been one asked frequently of him during his life. How did a Danish Jew end up running away to work on a whaling ship, or become partners with the renowned explorer Knud Rasmussen? How was it possible that his three marriages — first to an Inuit woman named Navarana Mequpaluk, with whom he had two children, then to Magdalene Vang Lauridsen, heiress to a margarine fortune (yes, really), then to Cohn — were with women so staggeringly different from one another? How can young men who, like him, find their parents encouraging them to pursue the law, medicine or business throw off the yoke of familial expectation in a similarly grand style?

Yet the questions that preoccupied Freuchen appeared to be deeply personal and moral rather than vainglorious. When his first wife, Mequpaluk, died in 1921, a victim of the Spanish Flu epidemic, Freuchen wished for her to be interred in the graveyard of a local church; as she was not Christian, the church refused, and Freuchen buried her on his own. During his time in Thule, a trading post in Greenland that was for many years his home, he became committed to helping preserve Inuit culture, making sure foreign visitors paid attention and respect to the traditions of their hosts.

Kraike, when he first made arrangements to meet Freuchen, was unaware that the Danish author on whose books he was working in English was Jewish. Yet when they met, Kraike wrote, midway through a conversation “he suddenly turned to me, roared a few choice cuss-words at the Germans, and said half his income was gone because his books were banned there.” Kraike inquired as to why, and Freuchen responded, “‘I’m a Yehudi.’” Freuchen’s Jewish identity was, in fact, dear to his heart, perhaps the more so because so few people seemed ready to notice it; when he was briefly arrested in Germany after meeting Kraike, he sent his newfound American friend a cable ending with the statement “‘Thank God I have found some people who care that I am a Jew!’”

While Freuchen, born in 1886, passed away in 1957, his legacy has inspired an unlikely collection of people. In a remarkably lovely passage from an essay in her book “The Faraway Nearby,” Rebecca Solnit writes of a time during which Freuchen lived in the frozen North, his exhaled breath becoming ice that layered onto the inside walls of his hut. In the end, “Peter Freuchen, six foot seven, lived inside the cave of his breath.” Fuel for poetic meditations on selfhood and isolation; fuel, too, for survivalist enthusiasts on, say, badassoftheweek.com. (That very real site’s musings on Freuchen’s badassery adopt a crystalline, if grammatically suspect, succinctness: “If an icy coffin isn’t going to kill him, the Nazis weren’t either.”)

Talya Zax is the Forward’s deputy culture editor. Contact her at zax@forward.com