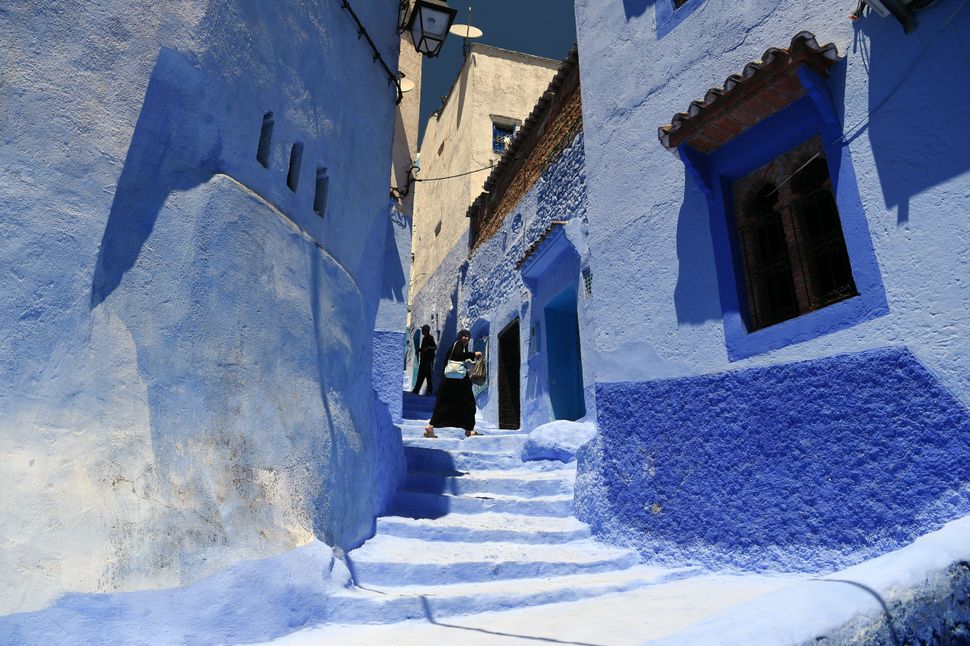 You catch the traces of Morocco’s once-vibrant Jewish life in glimpses. The stray Stars of David etched above doorways in the coastal city of Essaouira. A gilded Seder plate peeking through an antique shop’s window in Fez’s mazelike medina. Steps away from the sensory overload of snake charmers, fragrant spices and heckling salesmen in Marrakech’s souk lies the entrance to the Jewish quarter, or mellah. And although the city’s estimated 250 Jews (most of whom are older than 60) no longer inhabit what’s left of the neighborhood, a local Muslim child with an outstretched hand will wish you “Shabbat shalom” and lead you to the quarter’s centuries-old synagogue. 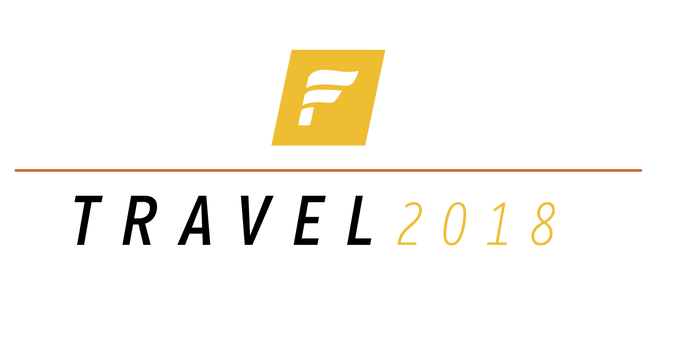 Despite the fact that most Moroccan Jews immigrated to other countries during the past 70 years — of the estimated Jewish population of between 250,000 and 350,000 prior to the establishment of Israel in 1948, less than 5,000 Jews remain — Morocco still has more Jews than any other nation in the Arab world. The country’s efforts to protect its Jewish heritage and preserve its unique history of coexistence date back to the 15th century, when Jews lived in walled mellahs close to the king’s palace to remain safe from attacks. During World War II, King Mohammed V refused to enact Vichy laws (not one Jew was deported or forced to wear a yellow star). And in 2011 a clause was added to the constitution to recognize the “nourish[ing] and enrich[ing]” benefits of “Hebraic influences.”

On a recent trip to Morocco, I wandered safely through the medinas with a friend who prominently wore a Star of David necklace. I smiled at various Israeli tour groups openly speaking Hebrew outside restored synagogues and Jewish cemeteries. Morocco’s welcoming atmosphere makes it a popular destination for Jewish travelers seeking remnants of ancient Jewish culture. And with King Mohammed VI currently funding the restoration of Jewish schools, cemeteries and more than 100 synagogues, there’s no shortage of sights to be seen. Here are some of the places to go to retrace the steps walked by Moroccan Jews centuries ago.

Not only is Casablanca home to the vast majority of Morocco’s Jewish population, it’s also home to the only Jewish museum in the Arab world. Once serving as a Jewish orphanage, the Museum of Moroccan Judaism details Jews’ 2,000-year history there alongside Moroccan Jewish art, ornate clothing, religious relics and artifacts, a photo and video library, and rooms with partial reproductions of synagogues. But you hardly have to settle for reproductions when you can stand beneath the stained-glass windows, sparkling chandeliers and intricately carved ceiling of Temple Beth-El, one of the city’s many active synagogues. Casablanca also boasts Jewish day schools (some of which are also attended by Muslim children), community centers, and kosher butchers and restaurants. 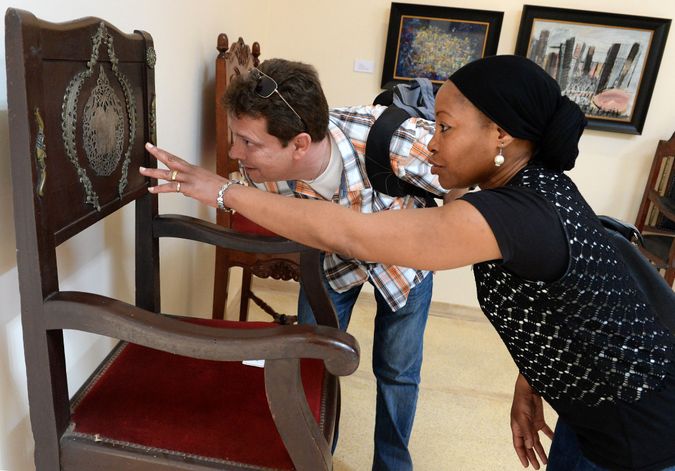 Although there are many Sephardic landmarks in Casablanca, Jews are also accorded the rare opportunity to go inside Hassan II Mosque, one of the few mosques that allows non-Muslims to enter. The architectural masterpiece, completed in 1993, overlooks the Atlantic Ocean and has a retractable roof to let in sunlight.

After entering the Blue Gate of Fezs’s walled medina, you can explore the winding streets to Morocco’s oldest mellah. Established in 1438 following an outbreak of violence in the region, the mellah (meaning “salt” in Arabic) was built on salt rock. Depending on whom you ask, the translation has different connotations. Some told me it’s because Jews bartered salt for gold; others said that it symbolizes cursed ground. I heard that Jews would use salt to preserve food and the decapitated heads of rebels, and a tour guide in Essaouira declared the term a compliment: “In the Bible we talk about salt of the earth for good people. Instead of calling a people ‘sweetie,’ you call them ‘salty’!” Whatever the reason, Jews inhabited these mellahs — which are easy to spot, since Spanish-inspired Jewish balconies and windows faced outward toward the streets, in contrast to Moorish blank exteriors that gave Muslim women the freedom to take off their scarves without the fear of being seen. 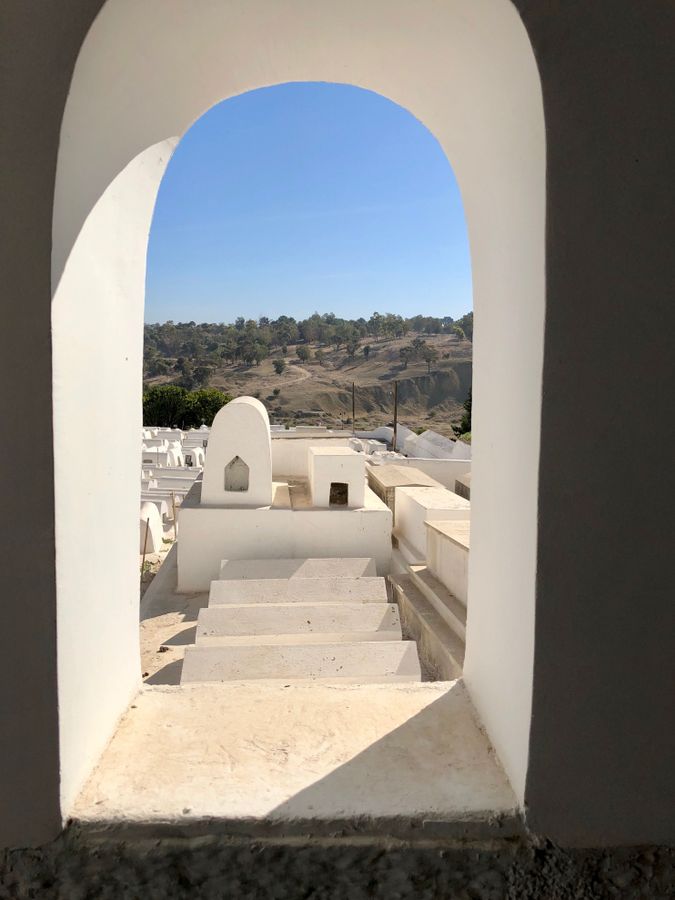 The mellah is also home to two 17th-century synagogues. Slat al Fassiyine was restored after serving as a boxing gym. The king’s speech at the celebration of the synagogue’s restoration explained that synagogues were “not only places of worship but also spaces for cultural dialogue to renew the founding values of Moroccan civilization.” Neighboring Aben Danan Synagogue has unique features on every level, from the narrow passageway to the enclosed mikveh in the basement to the rooftop view of the nearby Jewish cemetery, a white-washed expanse of bleached graves. Beit HaChaim is the final resting place for rabbis, local Jews and, perhaps most famously, the young martyr Solica Hachuel, who was said to have been publicly beheaded in 1834 for refusing to convert to Islam.

One of the earliest signs of Jewish presence in Morocco can be found in the Roman ruins at Volubilis, a remarkably well-preserved UNESCO archaeological site. Hidden among the intricate mosaics and rows of standing columns and building facades, excavators found a tombstone with Hebrew inscriptions dating back to the second century.

This northern city originated as a refuge for Muslims and Jews fleeing the Spanish Inquisition, and some reports assert that its Jewish inhabitants still spoke 15th-century Spanish in the late 1800s. Although Jews no longer populate what’s known as the “Blue City,” their presence remains evident in the vivid color found on every corner of this Instagram-perfect city. In fact, it was Jewish refugees who decided to paint their buildings their religion’s holy color, representing the sky, the sea and God’s inescapable presence. (Others claim that blue was a good mosquito repellant.) 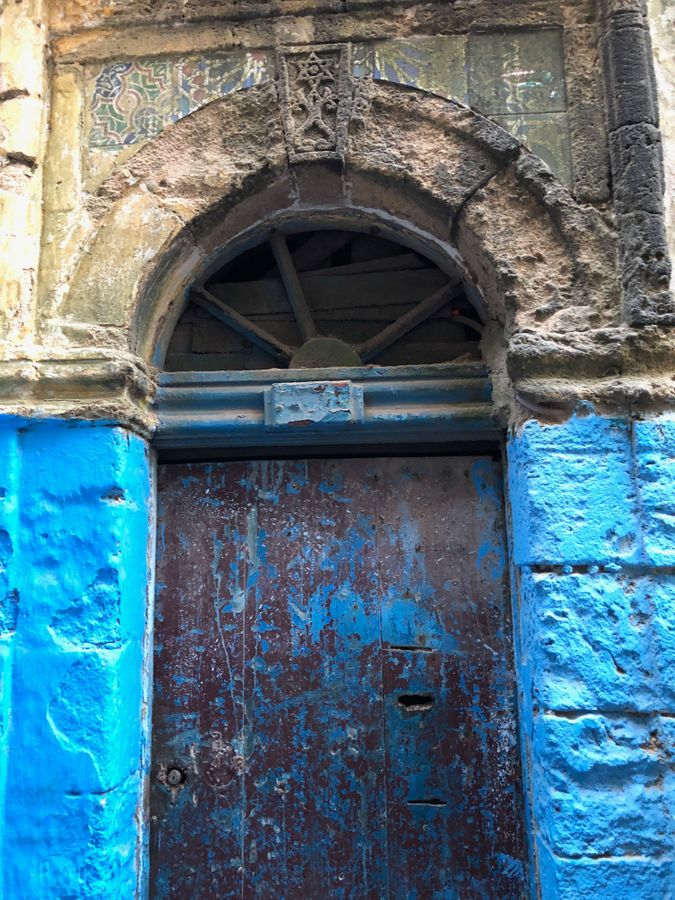 Blue and Sentimental: Star of David over Jewish homes in the Essarouira mellah. Image by Laura Stampler 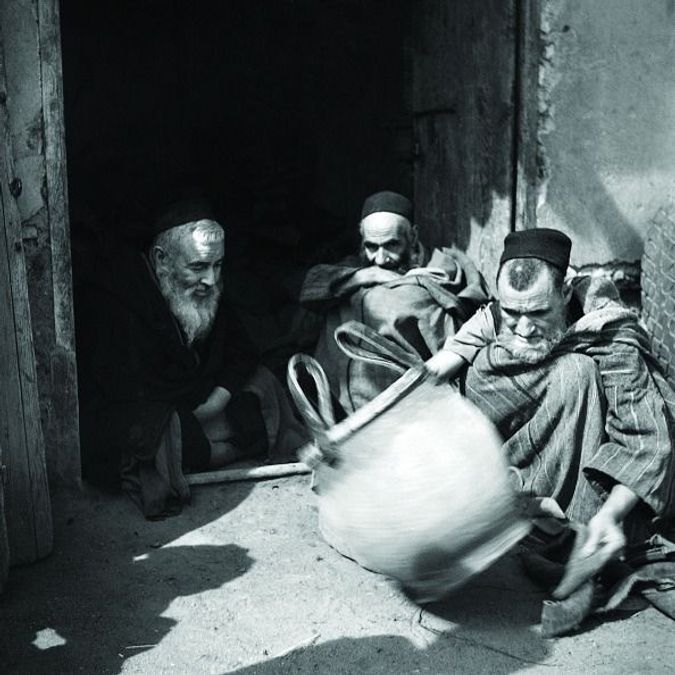 Expressly Marrakech: This photograph (circa 1946) shows a potter working in the mellah, which was the Jewish quarter of Marrakech. Image by Wikimedia Commons

There’s hardly a dearth of things to see in Marrakech: the newly opened Yves Saint Laurent Museum dedicated to couture; the surprisingly fascinating Mohammed VI Museum of Water Civilization dedicated to, well, water management; the enchanting Majorelle Garden, and the crazed cacophony of musicians, snake charmers and vendors in the open-air Jemaa el Fna square. But, after shopping in the medina, travelers can find Jewish sites in the narrow alleyways of the nearby mellah. Jewish stars punctuate doorposts leading to Lazama Synagogue, which was built by Jews fleeing Spain in 1492 and is currently open to the public. The synagogue includes an interior courtyard — a popular Moroccan architectural design — and displays photographs and artifacts of Jewish life in Morocco.

Blue and Sentimental: Star of David over Jewish homes in the Essarouira mellah. Image by Laura Stampler

In the 19th century, Jews made up about two-thirds of the population of this calm port city previously known as Mogador. Today they number fewer than 20. But the Jews who used to live in the city are prone to return. In fact, more than 1,500 Moroccan Jews from around the world gather every September at the grave of Rabbi Chaim Pinto, famous for his ability to perform miracles, in the city’s 16th-century Jewish Cemetery. The seaside mellah also contains the Chaim Pinto Synagogue, which, named in his honor, looks out onto the picturesque harbor. The synagogue is maintained by Muslim caretaker, Mallika Idarouz, who shows visitors around. Idarouz is quick to hand men yarmulkes upon entering the sanctuary, which features the blue ark that holds the Torah, and the blue Tebah, on which the Torah is read.

When walking through Essaouira’s boat-lined port, look up at the symbols etched in the harbor’s gate. A Jewish star rests inside a scallop shell often associated with Christian pilgrims, next to Islam’s symbolic crescent moon. Although the number of permanent Jewish residents has dwindled, their marks don’t fade.

Laura Stampler is a New York-based journalist, and the author of the novel, ‘Little Black Dresses, Little White Lies.’