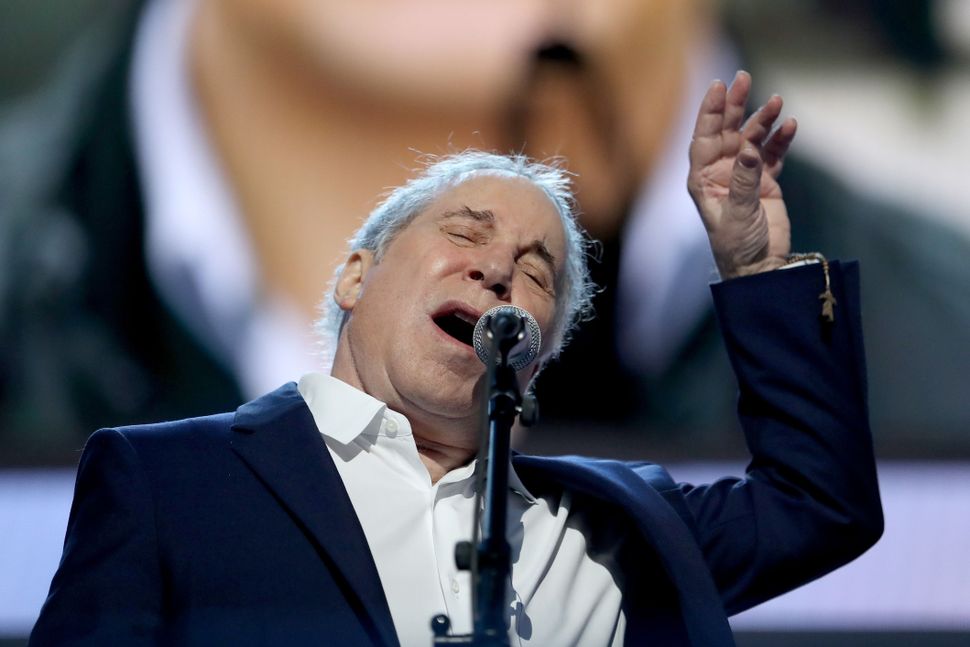 Time slip-slides away from us all. Today, Paul Simon, that soft-spoken musical genius whose performance career has spanned six decades, announced plans for a farewell tour. In a note to his fans, Simon, 76, cited the recent death of his lead guitarist, Vincent N’guini. He said that he also wishes to minimize time away from his wife and children, which touring requires. Of retiring from touring, Simon wrote, “it feels a little unsettling, a touch exhilarating and something of a relief.” He thanked his fans and added, “I think about music constantly.”

Simon’s farewell tour (named, appropriately, “Homeward Bound”) will begin in May. He will perform in 28 cities in North America and Europe, but not in New York City. It’s said that “losing love is like a window in your heart.” As we lose the love of watching Paul Simon onstage, let’s look back on our absolute favorite Simon songs in live performance.

This gem, from the 2011 “So Beautiful or So What” reminded us that Simon is still a virtuosic storyteller and an expert at heartbreak. “Help me, help me, help me, help me, thank you!” the narrator prays, voicing the same basic instinct that brings so many of us to Simon’s music.

You Can Call Me Al

In this frenetic splicing of images, which departs totally from the soothing melodies on the rest of “Graceland,” Simon depicts the “incidents and accidents,” the “hints and allegations” and the “angels in the architecture” that are part and parcel of aging. Plus, he unleashes one of his rudest comments in any song ever, describing a midlife crisis choice as “some roly-poly little bat-faced girl.” Harsh. Here he is in an exhilarating performance in Zimbabwe, not looking particularly beer-bellied.

This Simon & Garfunkel song makes the list because it’s become one of Simon’s most indelible solo performance songs. The 1970 hit marked Simon as a master of melancholy and an effortless narrator.

This is, perhaps, the perfect song about a failed relationship. A musical chronicle of Simon’s brief marriage to actress Carrie Fisher, “Hearts and Bones” and the thousands of tiny tragedies that bring partnerships to an end. “The act was outrageous,” Simon sings, of two people mating for life. Simon performs the plaintive hymn differently as he ages. Here, in a 2011 performance, the song feels more personal than ever.

Me and Julio Down by the Schoolyard

A rollicking folk-rock hit about a mysterious and illegal sexual act that occurs on a playground? Only from Paul Simon.

The Only Living Boy in New York

Simon wrote this song for Art Garfunkel, who was away filming “Catch-22” but later recorded this song with Simon for their final album, “Bridge Over Troubled Water.” A rare love song devoted to male friendship, “The Only Living Boy” meditates on the loneliness of sacrifices made in relationships in order to let one’s better half “fly.”

Don’t expect to sleep through the night in a world where Paul Simon can pull so many emotional fast-ones on you that in one song you go from carefree dancing to contemplating the fact that “some rooms are like cages.” Life is long and strange and inevitably full of error, Simon seems to say. “Some people say the sky is just the sky,” but those people, unlike Simon, aren’t poets.

Paul Simon takes us to Elvis Presley’s home by way of South African rhythms in the company of ghosts in “Graceland.” Will all of us — the human trampolines, and the empty sockets and the poor boys — be received into a place of grace? Simon has reason to think so, and that rare hope should be enough for us.