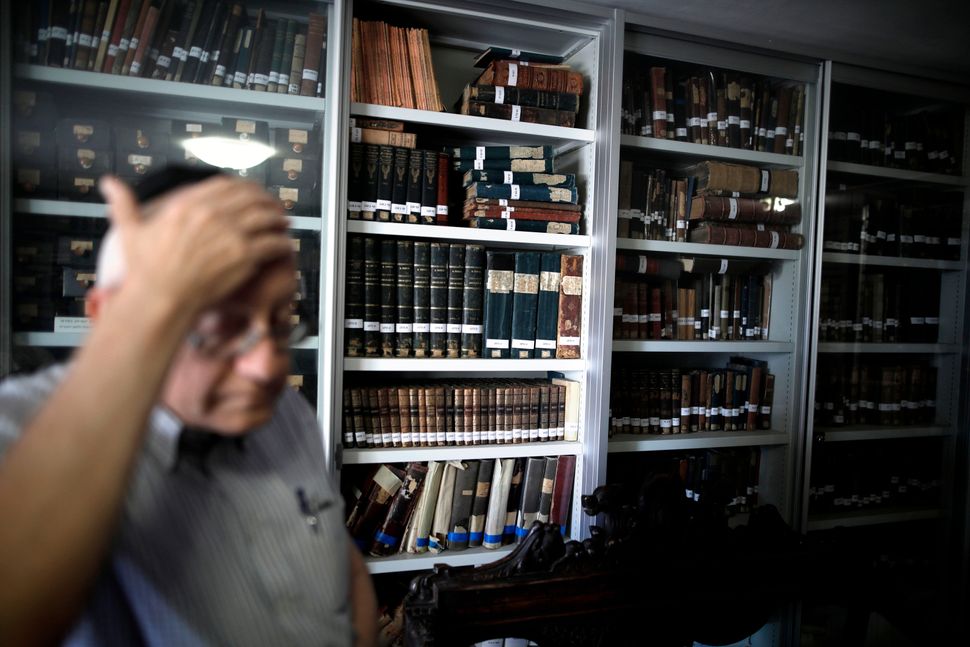 The prominent literary critic and editor Yigal Schwartz has published a new book that considers why Israeli readers are reading less Israeli literature in favor of work in translation — and it is sparking passionate conversation in literary circles in Israel.

Schwartz is the senior literary editor for Kinneret Zmora-Bitan Dvir, the largest publisher in Israel — where he edited Aharon Appelfeld, among other marquee names. He is also the founding director of Heksherim: The Research Institute for Jewish and Israeli Literature and Culture at Ben-Gurion University of the Negev.

At an event celebrating the release of the book, titled “M’et L’et,” an all-star list of speakers at Ben Gurion University in Beersheva included the university’s president, Rivka Carmi, and the chairperson of the Hebrew Literature department, Haviva Ishay, along with literature professors from around the country.

Carmi noted that in recent years a major change has taken place, with both readers and critics turning their backs on contemporary Israeli literature. She pointed out that the best-seller list heavily favors global writers over Israel writers.

“It is easy for us to agree,” said Dr. Ishay, “because it releases us from all responsibility. Our job is to convince students that Hebrew literature is worth the effort it takes to read it.”

All the speakers spoke in Hebrew.

Ben Gurion University currently has the largest department of Hebrew Literature in Israel, and its faculty includes prominent contemporary writers such as Shimon Adaf.

Dr. Lilach Netanel, who teaches Hebrew literature at Bar Ilan University, had an interesting take on the phenomenon. “In Israel there is a fear of non-influence as opposed to Harold Bloom’s anxiety of influence,” Netanel said in her remarks.

To American readers who are familiar with the glittering names of Israeli literature, like Appelfeld, Man Booker Prizewinner David Grossman or international bestselling writer Amos Oz, the increasing distance Israeli readers seem to be placing between themselves and new works of Israeli literature may seem shocking.

But in Israel, in literary circles, there is a growing sense of worry about the lack of interest readers are showing in Israeli writers, especially newer and younger writers.

It’s often easier for a translated book to sell well here than a homegrown book, in Hebrew, by an outstanding literary writer. Outside of a few well-known names, the situation is tough. And this is true not just among everyday readers, but increasingly, among scholars of Hebrew literature.

Some speakers at the event compared the attitude readers have toward contemporary Hebrew literature to the attitude one might have to a poor and dirty relative who one might try to get away from. Israeli readers, they theorized, want to escape the constant subject of the security situation, and the urgent need for political solutions; they want to stop thinking about nationhood and its responsibilities — and instead they want to dip into “normalcy” in their reading.

At the end of the event, Schwartz thanked the crowd and joked that everything he wrote in the end was wrong, because in fact there is a conversation going on about Israeli literature.

But despite the warm and sympathetic laughter Schwartz’s comments brought, it is becoming increasingly clear that there is a need to make a case for the importance of contemporary Israeli literature to readers of Hebrew.

Judging by the event at Ben Gurion University, which brought in literary scholars from around Israel, a conversation on what to do about it is beginning to take place.