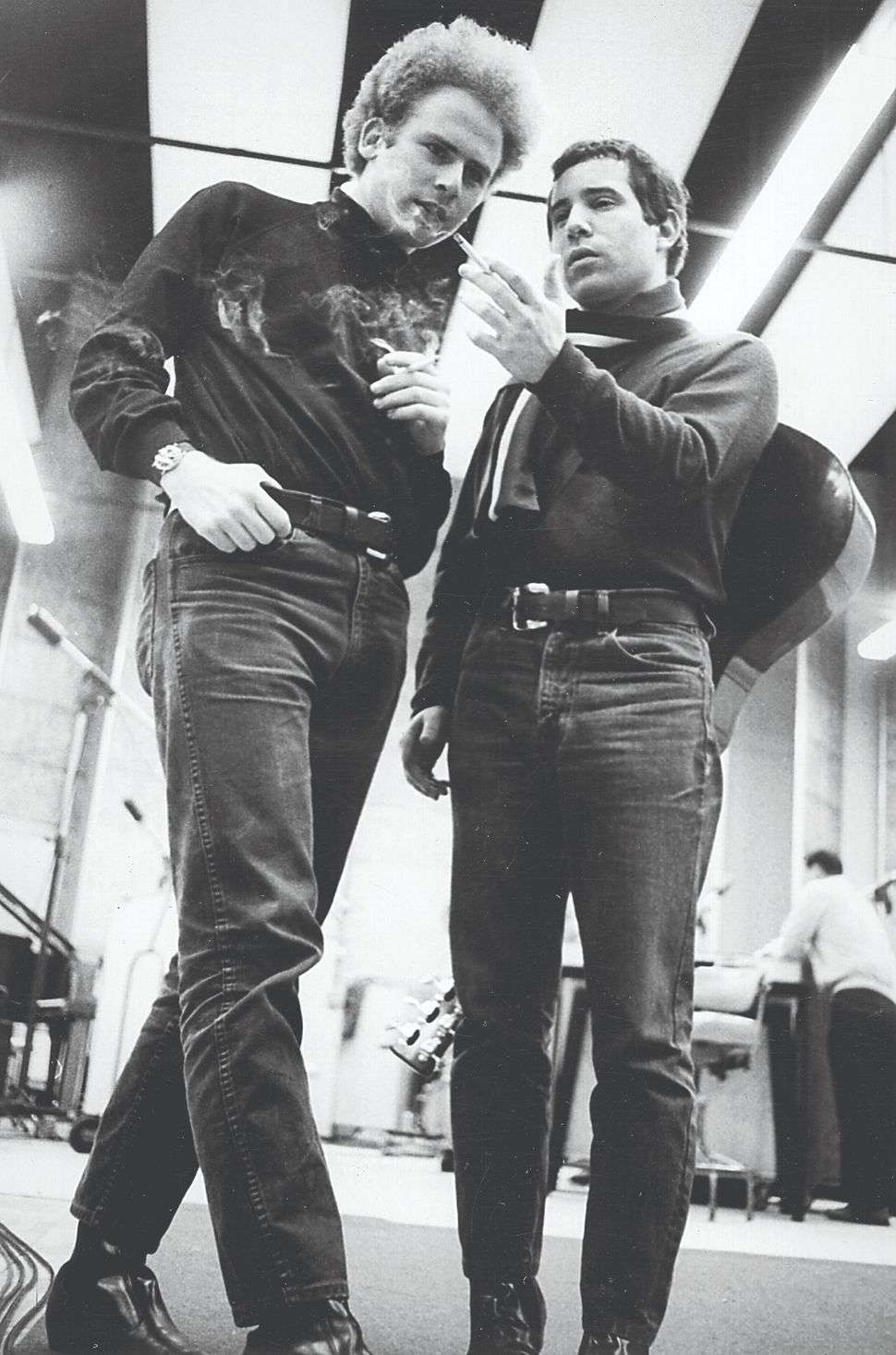 In the late spring of 1967, the release of the Beatles’ “Sgt. Pepper’s Lonely Hearts Club Band” hit the world like a paisley paint bomb. Its psychedelic splatters were especially evident in England, where pop artists of all stripes immediately seized upon the album’s heady mixture of lysergic wonder and Victorian nostalgia as a new way forward. But the album’s effects could be felt even as far away as Uruguay, where a Beatles-obsessed group known as Los Shakers followed “Sgt. Pepper’s” audacious lead with a psychedelic Latin American masterpiece they called “La Conferencia Secreta del Toto’s Bar.”

“Sgt. Pepper’s” was a massive critical and commercial success in the United States, as well, but its impact on American popular music was less immediate and far more diffuse. Buffalo Springfield’s “Broken Arrow” and The Buckinghams’ Top 10 hit “Susan” — both released in late ’67 — each featured Pepper-esque sound collages, while The Association and The Turtles both released albums in 1968 (“Birthday” and “The Turtles Present the Battle of the Bands,” respectively) that drew upon the same expanded musical and conceptual palette utilized by the Beatles.

Still, most mainstream U.S. pop seemed impervious to the album’s influence, and the stateside psychedelic movement was already very much on its own trip (literally and figuratively) by the time “Sgt. Pepper’s” hit the streets. While Otis Redding was deeply obsessed with the album — which reportedly inspired his moody, introspective classic “(Sittin’ on) The Dock of the Bay” — and while some lovely soul-jazz covers (like “Within You Without You” by the Soulful Strings, and Wes Montgomery’s rendition of “A Day in the Life”) emerged in its aftermath, most black artists of the day weren’t in any rush to add some “Pepper” to their grooves. And Bob Dylan, who was never really one for Lewis Carroll-style whimsy or acid-drenched studio high jinks anyway, basically ignored the whole thing; his rootsy and spare “John Wesley Harding” LP, released at the end of 1967, essentially sounded as if the Fab Four — much less “Sgt. Pepper’s” — had never existed.

There was one American album, however, that really took the ball from “Sgt. Pepper’s” and ran brilliantly with it — though you certainly wouldn’t have guessed it to look at the two conservatively dressed Jewish guys staring glumly out from the stark black-and-white photograph on its cover. Released fifty years ago on April 3, 1968, Simon & Garfunkel’s “Bookends” has long been (rightly) hailed as a folk-rock masterpiece; the album contained some of the duo’s best-loved hits, including “Mrs. Robinson” and “America,” and it spent seven weeks in that unhappy spring and summer of 1968 at the top of the Billboard albums chart, not once but twice supplanting their own enormously popular soundtrack for “The Graduate.” (Interesting Jewish music trivia note: The duo’s nearly four-month dominance of Billboard’s No. 1 spot finally ended in the last week of July 1968; “The Beat of the Brass,” another easy-listening million-seller, by fellow tribe member Herb Alpert and his Tijuana Brass, replaced it.) But “Bookends” gets far less recognition than it should for being the American “Sgt. Pepper’s” — or, even more to the point, the New York Jewish “Sgt. Pepper’s.”

Which is not to say that “Bookends” is literally “Sgt. Kishke’s Lower East Side Schlub Band” — Simon & Garfunkel would never have attempted such a blatant knock-off, since briefly fashionable things like sitars, sherbet-colored military uniforms and eye-popping psychedelic cover art would have been completely antithetical to their well-honed image of turtleneck-clad, angelic-sounding folk poets from the dirty cobblestones of New York City.

Nevertheless, John, Paul, George and Ringo were very much on Paul and Artie’s minds in October 1967, when work on their new album began in earnest. “The Beatles were it,” Art Garfunkel told the Guardian in 2015. “When they made ‘Rubber Soul’ and moved on to ‘Revolver’ and ‘Sgt. Pepper’ — [it was] not just a collection of songs, but the album as art form. We were terribly impressed, and that shone a light on the path that led to ‘Bookends.’”

Nowhere is this more obvious than on side one of the album, a conceptual song-cycle in which tracks based upon successive stages of life are “bookended” by a brief musical theme. There’s also a palpable sense of musical freedom and experimentation there that had been absent from previous S&G albums; with their label, Columbia, footing the bill for the recording costs, the duo (abetted by producer John Simon) were at liberty to explore everything from multiple vocal overdubs to Moog synthesizers.

“Save the Life of My Child,” the most bracing and boundary-pushing track on the album, mirrors not only “Sgt. Pepper’s” musical reach, but also its pervasive sense of druggy disorientation and social disconnect. Against a dystopian urban soundscape, the song’s protagonist — who might well be the boy from Bruce Jay Friedman’s “A Mother’s Kisses,” now a couple of years older and freaking out on acid in an East Village crash pad — horrifies his doting mom and tantalizes a voyeuristic crowd by dangling from the ledge of a building, but earns only a blasé shrug from an NYC patrolman, who merely mutters (in a monotone worthy of Lou Reed) about how “kids got no respect for the law today.” It’s like a cross between “She’s Leaving Home” and “A Day in the Life” transplanted to the streets of Manhattan, and sounds like nothing S&G had ever previously attempted.

If the rest of the music on side one of “Bookends” is less jarringly audacious, there are still many touches — the guitar played through a Leslie speaker on “America”; the loose, jazzy feel of “Overs”; Jimmie Haskell’s unexpectedly jagged orchestral arrangement on “Old Friends” — that demonstrate a musical consciousness expanded by both hashish (Simon in particular was a big smoker at the time) and “Sgt. Pepper’s.” Lyrically, the songs feature Simon’s usual brand of introspection, though now with a more subtly devastating touch: from the road-trip-as-search-for-self in “America,” to the loveless relationship of “Overs,” to the quiet switchblade flick of the lines “How terribly strange to be 70” and “Preserve your memories / They’re all that’s left you” (from “Old Friends” and “Bookends,” respectively), the first side of “Bookends” takes no prisoners. The “Voices of Old People” interlude, a heartrending collage of kvetches and recollections recorded by Garfunkel at the United Home for Aged Hebrews, further underlines both pathos of the song-cycle. If “Sgt. Pepper’s” “Being for the Benefit of Mr. Kite” guaranteed a splendid time for all, well, take it up with the box office, ya schmuck; no one on the first half of “Bookends” is having anything remotely resembling a splendid time.

As justifiably proud as he was of side one of “Bookends,” Simon had severe misgivings about the flip side, which was mostly made up of stray singles with the recordings dated as far back as September 1966. “‘Bookends’ is really the one side,” he told Rolling Stone in 1972. “With the exception of ‘Mrs. Robinson,’ which was recorded at the same time as the songs on the ‘Bookends’ side, those other four — they didn’t mean a lot. They weren’t well recorded. They just didn’t have it.”

But even if the five songs on side two don’t necessarily fit thematically with their side one counterparts, they still work well within the overall context of the album, serving as a lighter (and more rocking) counterweight to the existential crises of the “Bookends” song cycle, much in the way that “Getting Better” and “Good Morning Good Morning” blew some needed fresh air into the incense-choked chambers of “Sgt. Pepper’s.” The Beatles connections are present in the first three songs as well: “Fakin’ It,” recorded in June ’67, begins with a percussive stomp strikingly similar to the outro of “Good Morning Good Morning,” while “Punky’s Dilemma” (recorded in October ’67) and “GMGM” were both inspired by Kellogg’s Corn Flakes — and the “I’m a ‘Citizens for Boysenberry Jam’ fan” line from “Punky’s” stands as one of the most cringe-inducingly McCartney-esque lyrics to ever drip from Simon’s pen. And then, of course, there’s the “koo-koo-ka-choo” interjection in “Mrs. Robinson” — a wink and a nod to the Beatles’ “I Am the Walrus,” a post-“Pepper” recording that had recently appeared on the flip side of “Hello, Goodbye.”

The last two songs on “Bookends,” “A Hazy Shade of Winter” and “At the Zoo,” are the real orphans of the record, having been recorded in September 1966 and January 1967, respectively. But “Hazy Shade” — the closest S&G ever got to garage rock — more than justifies its inclusion, with a stomping 12-string riff and with lyrics that pair strikingly well with the human uncertainties of side one, while “At the Zoo” describes a visit to the Central Park Zoo in whimsical and trippy terms that wouldn’t have been out of place on “Sgt. Pepper’s.” “At the Zoo” also ends the record on an unexpected but reassuring high note: However bleak the arc of existence, however heavy the questions that plague our fitful slumbers, the song reminds us that it’s the little joys and amusements that make it all worthwhile — and that your memories of those ostensibly trivial things just might be as valid and sustaining as any of the others you preserve. Fifty years on, it’s a message that still resonates — just like the rest of “Bookends.”

Dan Epstein is the author of “Stars and Strikes: Baseball in the Bicentennial Summer of 1976.”