Why Should We Care About The Anti-Semitic Ravings Of Louis-Ferdinand Céline? 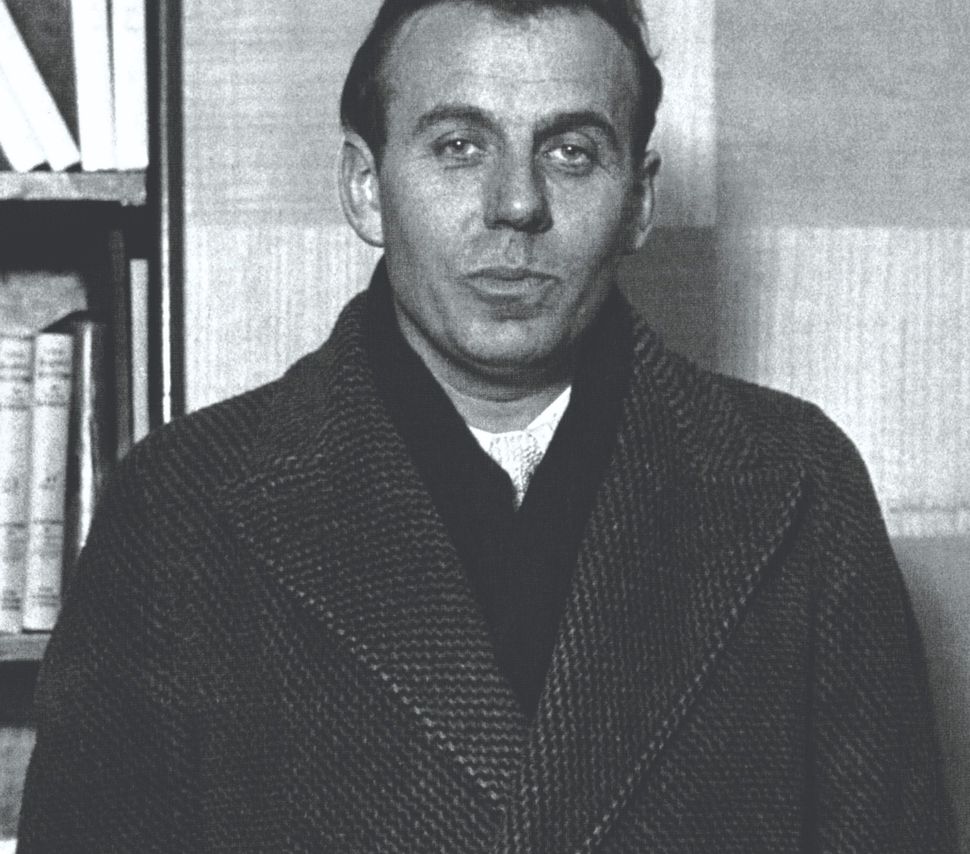 With anti-Semitic violence on the rise in France, now might not be the most opportune time to announce a reprint of some of the most violent Jew-hating writings of the 20th century. Yet in December 2017, les éditions Gallimard in Paris declared that this May, three anti-Semitic tracts written by the author Louis-Ferdinand Céline in the 1930s and 1940s would be collected in a single authorized edition for the first time since their initial publication. On January 11, Gallimard announced the project was “suspended.” What intervened to made one of France’s leading publishers reconsider its project? The Céline volume was meant to include “Trifles for a Massacre” (Bagatelles pour un Massacre, 1937); “School for Corpses” (L’École des Cadavres, 1938); and “A Fine Mess” (Les Beaux Draps, 1941). In Bagatelles, Céline wrote: “I feel close friendship for Hitler, for all Germans, I find that they are our brothers, and they are quite right to be racist.” Loathing Léon Blum, the leftist Jewish Prime Minister of France, Céline specified: “I would prefer a dozen Hitlers to one all-powerful Blum.” The following year, in L’École des Cadavres he insisted that that there should be “one single race in France: Aryans!” and added: “Jews, Afro-Asiatic hybrids, one-fourth, one-half blacks and near-Easterners, fornicators, destructive, have nothing to do with this country. They must piss off…The Jews are here for our misfortune… Jews sank Spain through interbreeding…. We will get rid of the Jews, or else we will kill (crèverons) the Jews…”

These rants occupy hundreds of pages with the repeated argument that Jews, as mortal enemies of the French, must be eliminated from France by any and all means. A contemporary reviewer, Régis Michaud, pointed out in the autumn 1938 issue of Books Abroad: “It is difficult to dissociate Celine’s sordid onslaught from Nazi and Fascist terrorism. Celine has completely appropriated to himself the terrorist vocabulary and terminology… Celine wants to contribute his bit to a coming pogrom and a blood purge. He, too, wants to destroy the so-called non-Aryans.”

After the war, Céline and his wife Lucette Destouches, a dance teacher, always refused to reprint his literary terrorism, which has nevertheless been available online. In 2012, Les Éditions Huit, a publisher in Canada, where different copyright rules apply, issued an annotated edition of the three books under the title “Polemical Writings” (Écrits polémiques). It was reported that the notes, provided by Régis Tettamanzi, a professor of French at the University of Nantes, would be reproduced in the Gallimard edition, along with a preface by Pierre Assouline, a Gallimard author, biographer, and literary critic. Assouline is also the first Jewish writer to serve on the prestigious prize-awarding Goncourt Academy.

The high-profile project drew criticism from different sources. The noted Nazi hunter Serge Klarsfeld, a lawyer, pointed out that French law bans incitement to racial hatred such as Céline’s anti-Semitic writings represent. After Klarsfeld’s intervention, the French government became involved, cautioning Gallimard against over-hastily issuing an edition, lest the result be used as it was originally intended, as ferocious anti-Jewish propaganda. Among petitions expressing opposition to the Gallimard project was one co-signed by the French Jewish historian Tal Bruttmann, author of studies on the deportation of French Jews; wartime anti-Semitic laws how Nazi invaders seized Jewish property in France; and resistance against the German occupants. As Bruttmann recently explained to “The Forward,” there was a longstanding tradition of despising Jews among French intellectuals and writers before Céline, who in these books “went even beyond the anti-Semitism of French intellectuals. [Céline] expressed a Nazi anti-Semitism from the first polemic text onward.”

Yet Nazis were not fond of Céline, who accused Adolf Hitler of secretly being Jewish because he was not ridding France of its Jews fast enough. In his diary for December 1941, the German novelist Ernst Jünger, then a Nazi officer, noted that for two hours, Céline ranted to him that German soldiers should “shoot, hang, exterminate the Jews.” Céline recommended that Jews be rooted out “neighborhood by neighborhood, house by house. If I carried a bayonet. I’d know what has to be done.” In reaction to this vehemence, Jünger referred to Céline as a “Stone Age Man.” The notorious Vel’ d’Hiv Roundup, a Nazi-directed raid and mass arrest of Jews in Paris by the French police, would occur just over six months later.

Why should anyone care about a raving, Cro Magnon propagandist? Céline also had literary talent, and is often mentioned with Marcel Proust among leading 20th century novelists in France. Céline stands alone in the brutality of his merciless verbal ingenuity in “Journey to the End of Night” and “Death on the Installment Plan.” These novels are rife with scatological puns and obscene coinings of new words to express themes from the folly of war to the grotesqueness of intimate human relations. Some readers find Céline’s shockingly funny colloquial vehemence to be in the rude, rollicking tradition of Rabelais. This side of Céline may be best appreciated in recordings of his prose by the French actors Michel Simon and Arletty. Recorded in the 1950s and recently reissued on CDs by Frémeaux et Associés, these performances evoke the verve of banter in Gallic screen classics of the 1930s.

But why reprint the hate literature now? Céline’s second wife, Lucette Destouches, born in 1912, still occupies their home in Meudon, a suburb of Paris (the writer died in 1961). Last December, her lawyer François Gibault told Bibliobs website that after the successful reprint in 2015 of the writings of Lucien Rebatet, another French anti-Semite and Nazi collaborator, Destouches became convinced that the time was finally right to reprint her husband’s so-called “polemical writings” in France. Tal Bruttmann cautions against seeing Rebatet as a precedent. Before reprinting “Les Décombres”(Rubble or Debris, 1942) proclaiming Rebatet’s admiration for Nazism and despising of Jews, Bruttmann notes that the new edition’s publisher, Robert Laffont, “consulted historians and made unpublished documents available, with much care.” He adds that “Les Décombres”] is “much more interesting as an historic document about France after the First World War [than Céline’s anti-Semitic writings]. With the Gallimard project, everything was done as if this were about normal texts, purely literary documents which only had literary resonance. It isn’t a normal project, but very symbolic of an ultra-violent anti-Semitism.” Bruttmann also observes that the responsibility to introduce these texts was given to Pierre Assouline, “who is a specialist of literature, as if it were a normal project. It’s the exact opposite of what the Germans did [in 2016] when they republished Mein Kampf, with all the most serious historians becoming involved.”

Bruttmann is concerned about what he calls the “testimony of a raving madman being published by the greatest literary publisher. These things would never be considered publishable unless they were signed by Céline… just the expression of virulent anti-Semitism, page after page.” François Gibault has already responded to the controversy by announcing that “we will publish the polemical texts by Céline when we are ready.” Does it matter whether Gallimard titles the resulting book “Polemical Writings” or “Anti-Semitic Writings,” given that a bestseller with the latter title might send out an even more harmful message? Bruttmann replies, “Yes, because that would be the reality. The book published in Canada does not clearly state things as they are… Polemic means people can be for or against something. We have to call a spade a spade. These are anti-Semitic writings. We might also call it ‘The Adventures of Mickey Mouse’ but that’s not what the book is, it’s the anti-Semitic writings of Louis-Ferdinand Céline.”

Why Should We Care About The Anti-Semitic Ravings Of Louis-Ferdinand Céline?