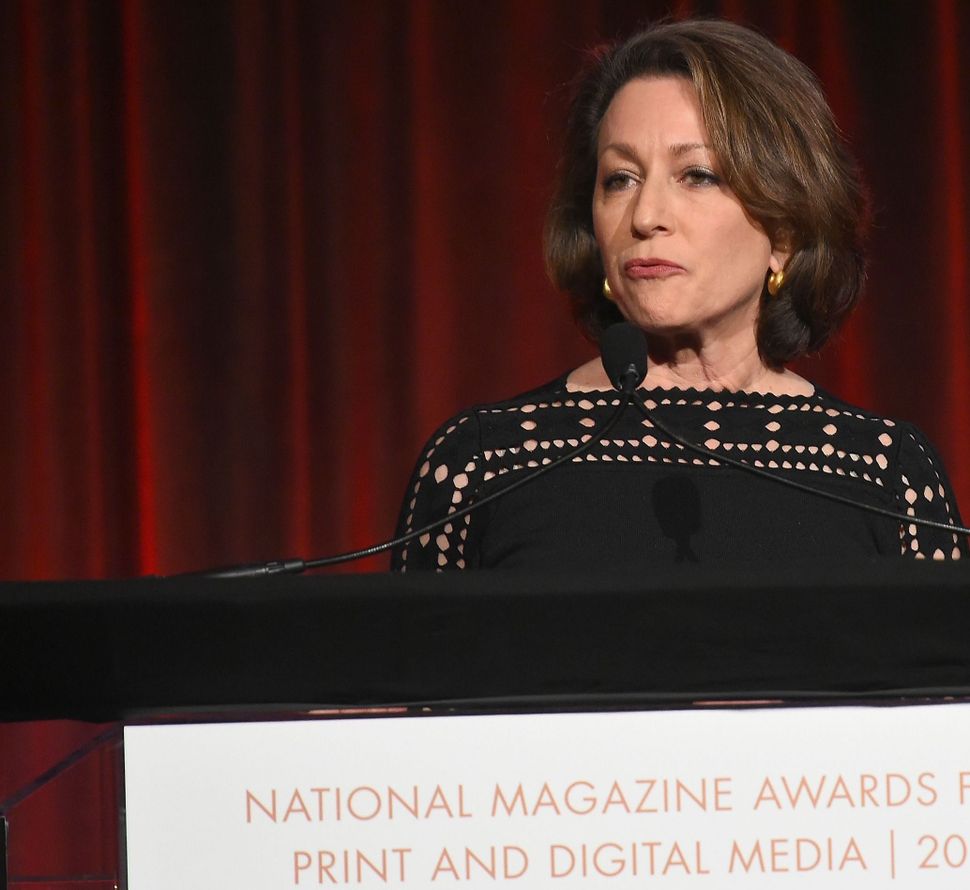 National Geographic has, since it was founded in 1888, introduced people across the world to cultures different than their own. And, in doing so, it has been racist.

Thus writes Susan Goldberg, editor in chief of National Geographic, in an editorial introducing the magazine’s April issue, which is themed around race.

“It hurts to share the appalling stories from the magazine’s past,” Golderg writes. “But when we decided to devote our April magazine to the topic of race, we thought we should examine our own history before turning our reportorial gaze to others.”

In order to do so, National Geographic brought in a scholar who focuses on the history of photography and the history of Africa: John Edwin Mason of the University of Virginia. After examining the National Geographic archives, Goldberg writes, Mason found that from the magazine’s founding in the late-19th century through the 1960s, its coverage of non-white people was characterized by several obvious and persistent flaws. For one, people of color within the United States were overwhelming left out of the magazine’s coverage; when they were included, they were shown occupying menial positions. “Meanwhile it [the magazine] pictured “natives” elsewhere as exotics, famously and frequently unclothed, happy hunters, noble savages—every type of cliché,” Goldberg writes.

While National Geographic’s decision to focus its April issue on race was based, Goldberg writes, on April 4 being the 50th anniversary of Martin Luther King Jr.’s assassination, the choice to examine the magazine’s past marginalization of minority groups was something she took personally. “I’m the tenth editor of National Geographic since its founding in 1888. I’m the first woman and the first Jewish person — a member of two groups that also once faced discrimination here,” she writes.

On social media, reactions to Goldberg’s editorial were largely positive.

.@Poyner Morning Mediawire: Apologizing for decades of racist coverage, @NatGeo explores itself. Kudos to editor @susanbgoldberg for looking at the mag’s own history https://t.co/1HF42jruMY

An amazing example of owning your past and evolving with self reflection. Thank you National Geographic for taking an honest look at race, starting with the history of your own publication. Bravo! ????? https://t.co/ROi9bV1bYf

Yet others thought the editorial, especially in context of the issue of National Geographic in which it appears, failed to go far enough.

For over a century, @NatGeo has exoticized POC’s around the world for the amusement of their white audiences—failing as journalists. It has taken 130 years to finally admit their racism, and I am not celebrating until I see 130 more years of progress. https://t.co/7me72X3cCj

This is a deeply important piece from @susanbgoldberg + @johnedwinmason, & a major step in acknowledging @NatGeo’s history of reinforcing the colonial gaze. But I also really wish that the cover of the race issue had been shot by a photographer of color. https://t.co/wFfgqDD7Jr

One of Mason’s remarks on the National Geographic archives stands out: “It’s possible to say that a magazine can open people’s eyes at the same time it closes them,” Goldberg quotes him as saying. Important words for magazine writers, editors, publishers and readers to keep in mind, at National Geographic and beyond.