Why Dating In New York Is Just Like Finding A Therapist 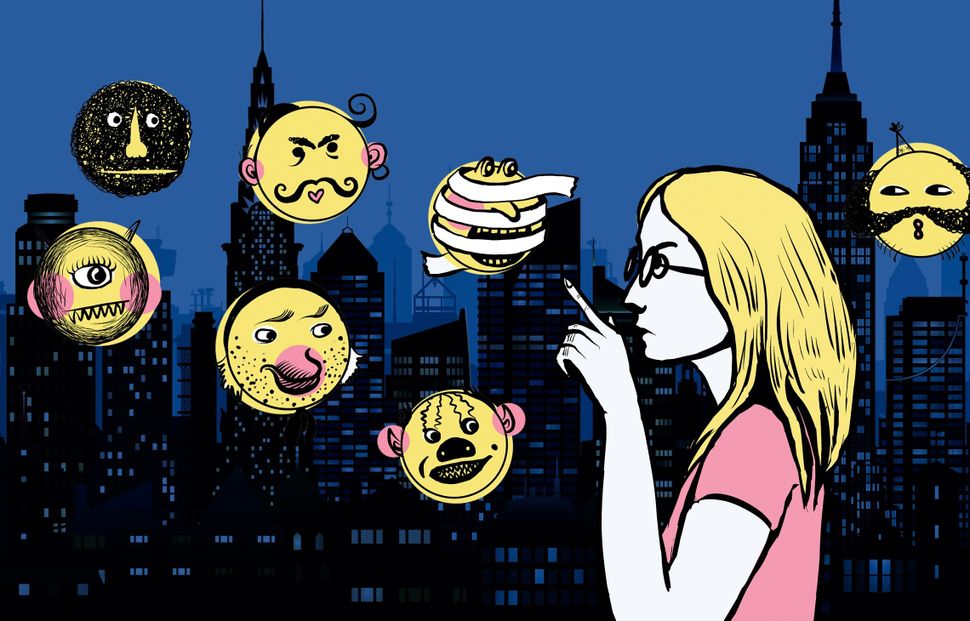 I was two hours into a date with a guy who had a cute dog and a desire to explain the novel “Lolita” in graphic detail, and it was time to go. We were in the middle of Madison Park in Manhattan’s Flatiron District, drinking wine out of cans he had brought in a bag. As he moved on from Nabokov to an excoriation of organized religion, I realized that if I didn’t stop him I would be late to my next event. I explained that I had to go, and he asked if I wouldn’t mind watching his dog while he went quickly into a cafe to buy himself a coffee. He volunteered to bring me one, but I didn’t want anything. The guy disappeared into Eataly, and the dog and I waited outside on the pavement. Time passed, and I realized I was late for the event. A while later my date returned, empty-handed.

“Where’s your coffee?” I asked.

Here’s the thing: I dated that man for one year.

How did I get there? How did I end up humoring a mansplaining, “expresso”-drinking dog owner for a full year when I know full well that I am a mortal whose time on this earth is limited?

When I was 18, I went forth from my land, and from my parents’ house, to the land that movies had shown me: New York City. As I prepared to move, I became the recipient of a strange but consistent message: “New York is full of young, single, Jewish men.” Starry eyed and slightly panting, strangers, neighbors, my dad and my dentist told me, repeatedly and unbidden, that the streets of New York are paved with synagogue golden boys.

Like God in Genesis telling Abraham to go forth from his birthplace so that he could sire descendants as plentiful as the stars in the sky and the sand in the sea, my parents and friends assured me that New York City has the male-to-female ratio of a Brooks Brothers catalog.

Contrary to what he was promised, Abraham gets only two kids, and he almost kills both of them. Just like Abe, I had been misled by grandiose promises. The truth is, there are men in New York City the same way there is money in a bank: Just because you and the money are near each other does not mean that the money is available to you.

I did not have an interesting and fulfilling dating life in college. New York City did give me a much more common gift, though: an anxiety disorder.

Who says women can’t have it all? Who says we can’t have boyfriends who went to URJ camps and keep our balanced serotonin levels? I would do it, I decided. God would bless the ones who blessed me, and curse the ones who cursed me, Goddamn it. I would grab at the ankle of opportunity and not let it go until it blessed me twice over, with a man and a therapist.

Over the course of my first year after college, I met some of the strangest people I have ever encountered: single male New Yorkers, and certified psychologists. New York has the most licensed psychologists of any state besides California. I’m sure you will find it hard to believe that it was difficult to find a therapist in Woody Allen’s favorite city. Believe it. There was water, water, everywhere, and not a single shrink.

Here’s why: Most psychologists in New York either cannot accept insurance or don’t need to. Many of those who have to accept insurance to lure patients are, and I say it respectfully, weirdos. The same economic principle holds true for heterosexual relationships in the five boroughs — the high supply of women seeking relationships makes us an elastic commodity. There is little incentive for either single men or professional therapists to perform at a high level. That is why every wonderful single woman you know can tell you stories about dating, essentially, murderous clowns, and every therapist you know is excited about the new tax plan.

My first therapist was a man who charged a mysterious $20 per appointment (I have paid more for salads) but did not have advice beyond, “Have you tried self-help books?” First dates and clinical intakes begin with meeting a stranger in a designated location inconveniently far from your apartment. The interviews are strikingly similar: “How did you end up in New York?” “What did your parents do to you as a child that made you this way?” You worry that they hate you. You worry that you will never trust them. You begin to reveal your true self. They say that they believe in dream interpretation. You go home and start over again.

About nine months after my date with fate and an over-caffeinated dog owner, I desperately made an appointment with a new therapist who took my insurance. She was maternal looking and Jewish and had a doctorate, so I ignored the many negative reviews on her Zocdoc page. I sat down in her office (which was also a pediatric exam room, for some reason), and she said, in a nasal Brooklyn accent, “Ms. Singer, please describe the thing that is making you most happy in life right now.” Since almost nothing was making me happy in life, I burst into hysterical tears. We spent the next two hours together: me weeping, her shrieking “Miss Singer! I cannot understand you when you cry like that!” Things calmed down for a while when she gave me a digital form to fill out with dozens of questions (“List every instance when you felt anxious in the past year”; “Describe every sexual experience you’ve ever had that was unsatisfactory”), but they disintegrated when I realized the computer program limited each answer to 60 characters. (Yes, really.) I left, taking her advice that I should abandon my aspirations and try teaching (“It’s the only way you’ll make your parents proud of you!”), and also taking a stack of coupon clippings that she pressed me to accept. I walked out of her building in Columbus Circle, wiping my nose on a piece of wax paper I ripped from the sanitary sheet covering the pediatric exam table in her “office.”

The narrative that New York has the best of everything is a misleading one. Most restaurants and stores in the “city that never sleeps” really do close at 10 p.m. and, like everywhere else in America, barriers to access prevent people from obtaining crucial help. I have a therapist now, who, incredibly, accepts my insurance. And I have had many fulfilling relationships and dates since I moved to New York, a few even with people who were also heterosexual.

I’ll keep dating. And I’ll keep trying out therapists. You can join me here next month, when I’ll keep talking about the challenges and triumphs of Jewish dating in the city that sometimes sleeps. But I am holding out for the day when New York City has as many accessible therapists as there are stars in the sky, and as many eligible men as there are grains of sand in the sea.

Why Dating In New York Is Just Like Finding A Therapist