Paul Goldberg’s Dizzying Plunge Into The Kingdom Of Uselessness 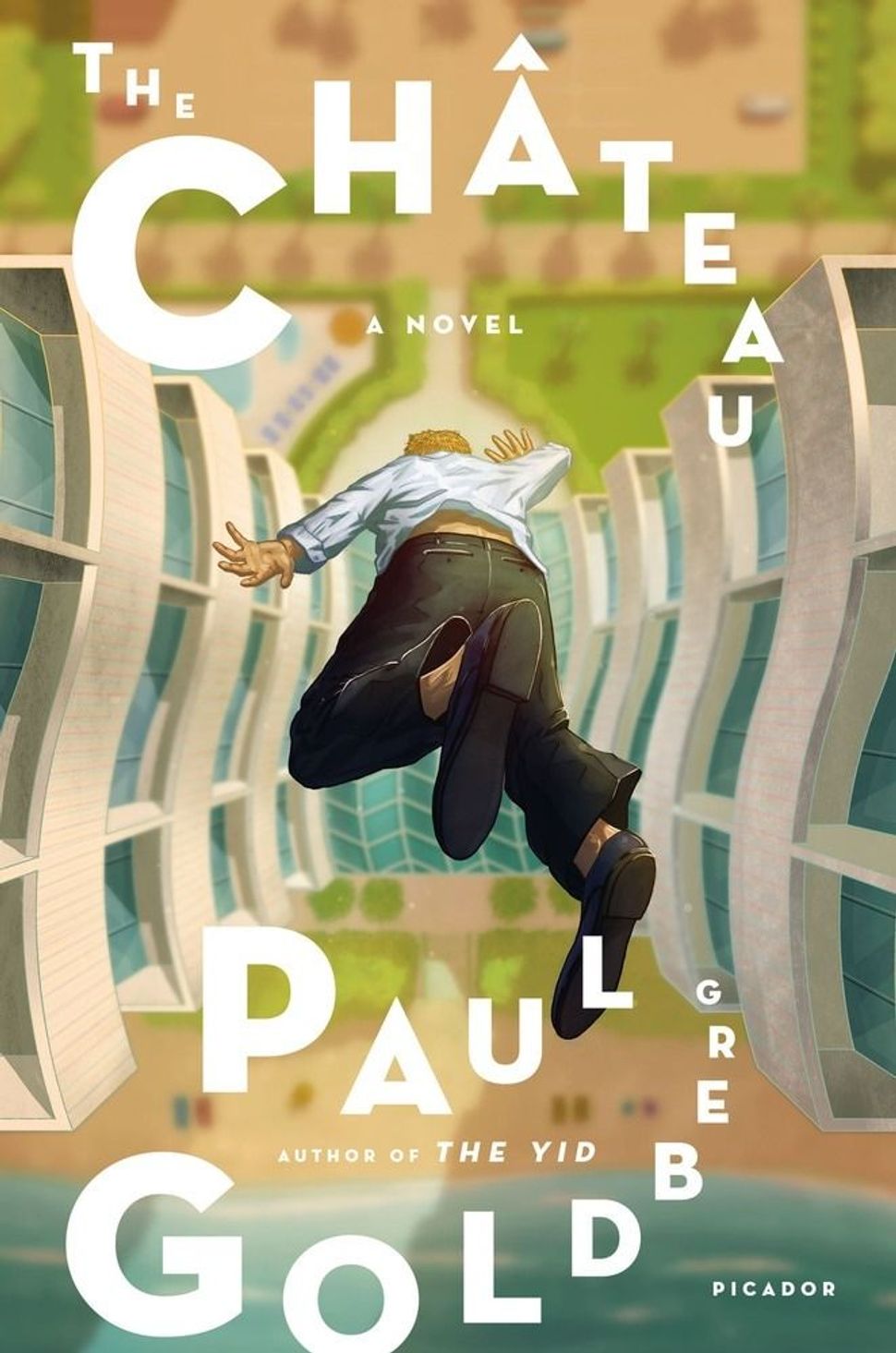 As the Age of Trump dawns, fictional Washington Post reporter William M. Katzenelenbogen finds himself broke and out of a job.

In his prime, the Russian American Katzenelenbogen – heck, let’s join novelist Paul Goldberg in calling him Bill – was an ace science investigative reporter, with the awards to prove it. For the past few years, though, he’s been exiled to the suburbs and functioning on autopilot. To the newspaper, eager to exchange this 52-year-old veteran for “three low-paid, tech-savvy youths,” that amounts to grounds for firing.

The far-fetched charge is insubordination. The one count in the indictment: Bill has fallen asleep during a board of supervisors’ meeting. But he seems not to have the will or energy to fight for his job. The firing is “the biggest betrayal in a life rife with them,” Goldberg writes, and it disgorges Bill into “the vast kingdom of uselessness.”

Goldberg’s debut novel, “The Yid” (2016), was a mordant comic fantasia about Soviet society. Set in 1953, in the midst of an anti-Semitic Stalinist purge, it mocked the worst excesses of the regime and its apparatchiks. Its hero was a Yiddish actor and onetime soldier who, along with a motley group of accomplices, dared to fight back. The book was a finalist for the National Jewish Book Award for Debut Fiction and the Sami Rohr Prize for Jewish Literature.

In “The Château,” Goldberg’s exuberant and wildly plotted second novel, being jobless leaves Bill free to journey to South Florida to investigate the death of his old Duke University roommate, the cosmetic surgeon Zbignew Wronski. Known as the “Butt God of Miami Beach,” for his area of specialization, Wronski either jumped, fell or was pushed from a balcony. Maybe Bill can coax a book out of the case.

Absent employment, though, he has no expense account. The obvious, if painful, solution is to call on his long-estranged father, Melsor Yakovlevich Katzenelenbogen (the surname means “cat’s elbow” in German), for a place to crash. 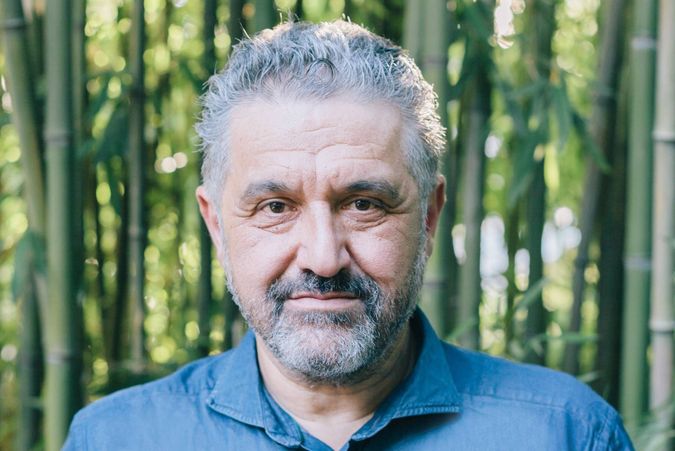 Paul Goldberg, author of “The Yid” and “The Chateau” Image by Courtesy of Picador

Theirs is a decidedly unsentimental reunion. Melsor is a former Soviet refusenik, a dissident poet whose ancestry is part Armenian, part Russian, part Jewish. In the Soviet Union, Bill admired his father’s courage. But the adjustment to America has been difficult for Melsor, who’s struggled to find work.

When Bill’s mother developed breast cancer, Melsor botched the handling of her medical care, precipitating her death. He later stood trial for Medicare fraud, just barely escaping conviction. He has since become an ardent Trump supporter. Now, in flyers plastered around the building, he pledges to make his condo building – the eponymous Château – great again.

But Melsor’s English remains faltering. So he’s happy to enlist the son who appears on his doorstep as a translator and ally in a fiercely farcical fight over the fate of the building and the corrupt condo board that controls it.

Hijinks and disaster ensue, much of it purely absurdist. But there’s also some pointed satire of 21st century America, with its propensity for dishonesty and greed. Trump seems to epitomize these trends to Bill, and to Goldberg, who kicks off each section of the novel with an epigraph from Trump’s “The Art of the Deal.” Bill’s father has a different view. “[I]f you read him with an open mind,” Melsor says, “he is like Albert Camus.”

That’s funny. But Goldberg also worries, quite seriously, about “a convergence between East and West,” with “[a]uthoritarian strongmen…succeeding where proletarians had failed.” The United States, he suggests, may be “catching up” to Putin’s Russia.

There are fewer corpses in “The Château” than there were in “The Yid,” but it betrays a similar taste for multilingual mayhem, with passages in both German and Russian. Many of its characters are Russian immigrants, like Goldberg himself, at war with other Jews just a generation or two further removed from the Old Country. Goldberg, sometimes through Bill, duly translates. Or perhaps mistranslates – it’s impossible for the average reader to know.

Certainly, there are cultural collisions and misunderstandings aplenty, which Bill – born Ilya – tries to navigate. Can he help it if a prostitute mistakes him for another Ilya and proffers her services before he has time to object? Or that, when he feigns ignorance of Russian, condo residents conclude that he must be an FBI agent investigating the condo board’s various scams?

Bill himself is a sympathetic protagonist, though hardly a perfect one. “Bill’s life was clean, measured, mostly,” Goldberg writes. “He didn’t mispresent himself to sources, hardly ever slept with them, didn’t falsify, didn’t plagiarize, ever.”

There is a jumble of plot threads in “The Château,” not all of them satisfactorily resolved. In the midst of his chaotic transition, Bill is rekindling a romance with a much-younger former colleague, Gwen, herself fired from the Post many years earlier for fabrications. Meanwhile, his not-quite-ex-wife keeps texting him for the funds to pay off a lawyer and finalize their divorce. Then there’s the backstory of the dead surgeon, whose demise may stem from unorthodox sexual predilections.

Like the disintegrating condo building, “The Château” keeps threatening to collapse into total absurdity. In the end, though, it offers two takeaways for the early Age of Trump: a caution about the insidiously persistent lure of corruption and a vote for the courage to leap into the unknown.

Julia M. Klein, the Forward’s contributing book critic, was a finalist for the National Book Critics Circle’s Nona Balakian Citation for Excellence in Reviewing. Follow her on Twitter @JuliaMKlein

Paul Goldberg’s Dizzying Plunge Into The Kingdom Of Uselessness