The Talmud says, “Whoever saves a life, it is as if he has saved an entire world.” But how many of us would actually save a life?

Against the odds, four strangers of three faiths worked together to save Mohammed Al Samawi, reaching out through social media.

Dan Friedman, executive editor and former culture editor of the Forward, will be discussing the astounding new memoir, “The Fox Hunt: A Refugee’s Memoir of Coming to America,” with its author Mohammed Al Samawi, a Muslim refugee from Yemen. Read the review here. 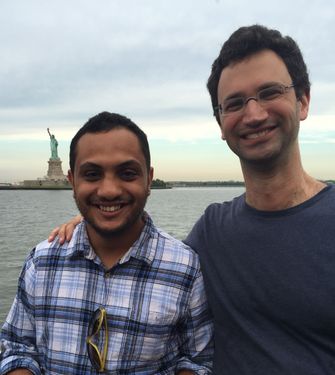 Mohammed Al Samawi, Daniel Pincus and the Statue of Liberty. Image by Courtesy of Harper Collins

Persecuted in part, for challenging his government’s official anti-Semitism, Al Samawi found himself fleeing for his life. Caught in the middle of Yemen’s brutal civil war, he was rescued — crossing the Red Sea on Passover — by a group of strangers he connected with via social media. Together, these daring young Jews and Christians saved the life of a man they had never met. “The Fox Hunt, a Refugee’s Memoir of Coming to America,” is the true account of Al Samawi’s journey to freedom. 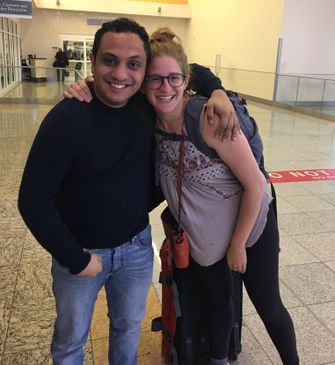 Mohammed Al Samawi with Natasha Westheimer, one of his social media saviors. Image by Courtesy of Harper Collins

Al Samawi will take time off from appearing on NBC being written about in The New York Times, People magazine and talking to NPR to attend a private Forward event in Manhattan on Tuesday, April 24. Friedman will interview Al Samawi and will also welcome Daniel Pincus, one of Al Samawi’s saviors.

Tickets for the event are $36 and include refreshments and a signed copy of the book. Purchase them here