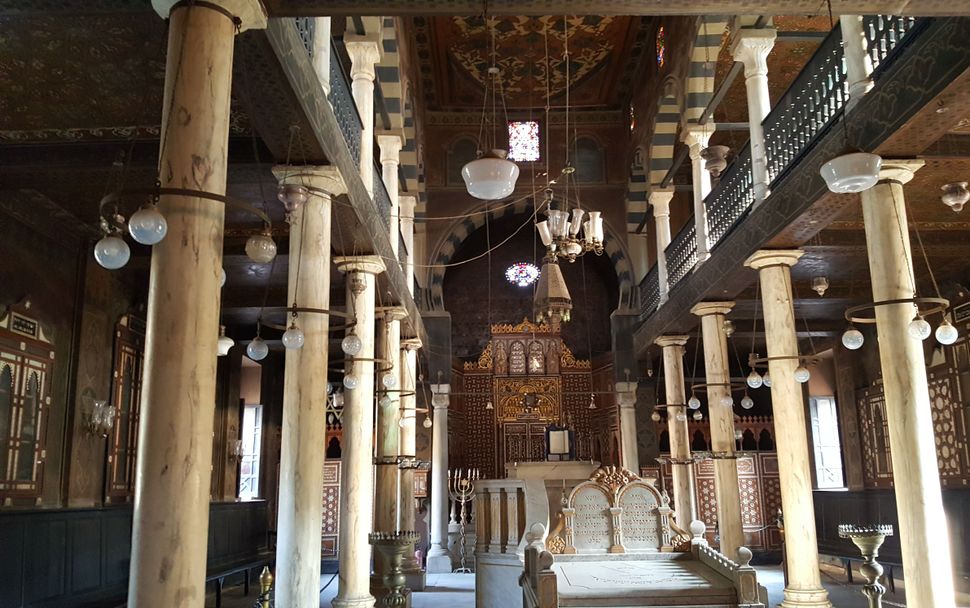 Somewhere between the charoset and the matzo ball soup, the Passover Hagaddah makes a somewhat strange request: “In each generation, every person is obligated to see themselves as if they personally came forth from Egypt.” It’s not enough to merely remember that our ancestors were slaves in Egypt. We need to connect with that memory personally.

This radical empathy is, for many people, the heart of the Passover seder. But in our current political moment — a moment characterized by bombastic rhetoric and Manichean worldviews — it’s worth remembering that we were more than just slaves in Egypt.

For most of the past millennium, Egyptian Jews lived alongside Muslims and Christians in relative harmony. Yes, we may have been slaves in Egypt. But we were also doctors and tailors, midwives, merchants and scholars.

These days, there are only a few dozen Egyptian Jews left in the country. But these holdouts, primarily elderly women, speak to a lineage that reaches back more than a thousand years. (For reference, that’s nearly three times as long as Jews have been in the United States). For centuries — between the 11th and 14th centuries to be exact — Cairo rivaled Jerusalem and Baghdad as a cultural, economic and scholarly capital of the Jewish world.

Over the course of a thousand years there were, of course, some ups and downs, periods marked by harmony and periods marked by conflict. A number of Egyptian rulers subjected their Jewish and Christian subjects to discriminatory taxes and restrictions. The eleventh century Sultan al-Hakim even went so far as to ban molokhia, the leafy green vegetable known as “Jew’s Mallow.” And in 1956, following the creation of the state of Israel, Egyptian President Gamal Abdel Nasser expelled all the “foreigners,” a category that included Jewish families who had lived there for more than a thousand years.

In large part, however, Egyptian Jewish history is notable for its relative harmony. As the great Jewish philosopher and physician Moses Maimonides put it: “In times gone by, when storms threatened us, we wandered from place to place; but by the mercy of God we have now been enabled to find a resting place in this city [Cairo].”

In large part, we know this thanks to the Cairo Geniza, a treasure trove of documents discovered more than a hundred years ago in the attic of Old Cairo’s Ben Ezra Synagogue. Histories of daily life are often lost in the shuffle of war and conflict, famine and riots. But with the Egyptian Jews, we are fortunate to have thousands of commonplace documents — discarded letters and prayer books, business agreements, wedding contracts and shopping lists — most of them from the medieval period when Cairo was an economic and intellectual center of the Jewish world.

Sifting through these abandoned papers — or rather, reading books written by people who have sifted through them — one gets the sense of a community occupied primarily with day-to-day concerns: The price of wheat, the contents of a daughter’s trousseau, news from a relative one hasn’t heard from in a while, a dispute over grazing rights, the quality of a certain fabric from Morocco.

That’s not to say that the Jews of Egypt didn’t have more existential worries. They were often concerned—and rightly so—about discrimination and prejudice, conflict abroad and the whims of often unfriendly rulers. But for the most part, they just lived their lives, as we do, trying their best to navigate a complex, multi-ethnic society ruled by people of a different faith.

In a confusing and often uncertain world, it can be comforting to see things in black and white. The Passover story is powerful for this very reason. It’s a narrative about good and evil, slaves on one side and masters on the other. Even a child can understand who to root for.

Such narratives can be instructive. In asking us to see ourselves as having “personally come forth from Egypt,” the Hagaddah calls on us to feel our ancestor’s suffering while nudging us to also connect the Biblical story to other, more contemporary forms of oppression. But even the most well-meaning moral certitude plays into the hands of those who seek to paint the world in black and white, the nativists and hyper-nationalists who see everything through a lens of us vs. them.

In recalling the more recent history of Egyptian Jews, we see ourselves reflected in a distant mirror, one more relevant to our experience, negotiating power and difference in a messy and complicated world. Which is why, this Passover, when the Hagaddah asks me to say that I was a slave in Egypt, I’m going to call up those other Egyptian Jews as well. I was a slave in Egypt; I was a doctor, a tailor, a midwife, a merchant and a scholar.

Michael David Lukas is the author of “The Last Watchman of Old Cairo.” He works at UC Berkeley’s Center for Middle Eastern Studies and lives in Oakland.