Why Do We Keep Honoring This Unrepentant Anti-Semite? 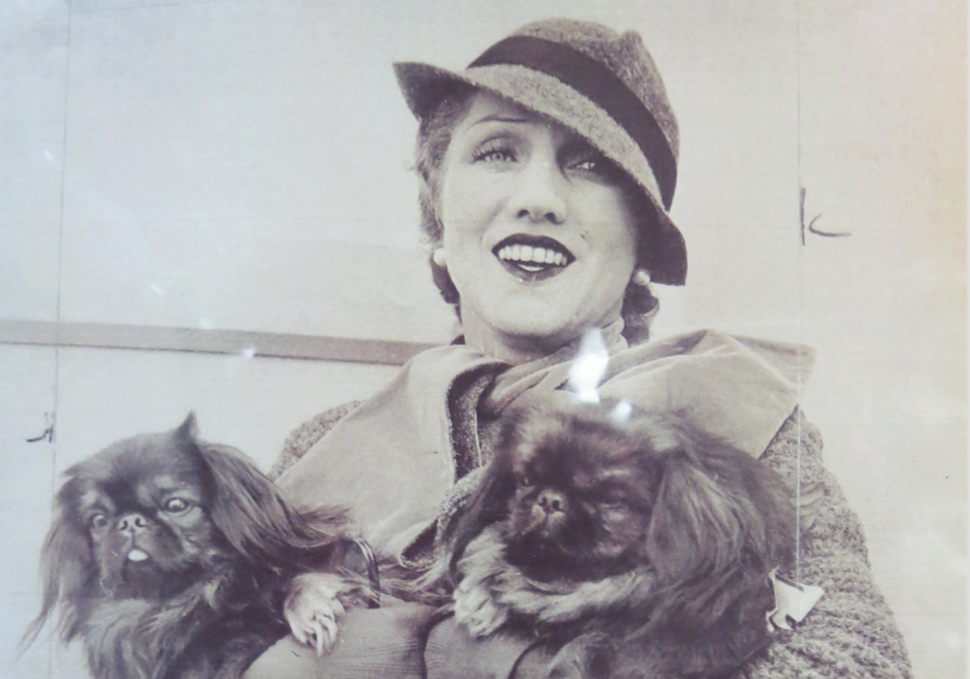 A new book from St. Martin’s Press by Susan Ronald, biographer of Adolf Hitler’s art dealer Hildebrand Gurlitt, details how Florence Gould (1895-1983 a society hostess born in America of French parents, was an egregious collaborator during the Nazi Occupation of Paris. Yet today, New Yorkers flock to the Florence Gould Hall at the French Institute Alliance Française; music lovers in Massachusetts haunt the Boston Symphony’s Florence Gould Auditorium at Tanglewood; and San Franciscans frequent the Florence Gould Theater of the Palace of the Legion of Honor. These performance spaces, like the New York Metropolitan Museum’s Florence Gould Galleries of Neoclassicism and the Empire Style, all pay homage to an unrepentant Nazi collaborator. Today, the Florence Gould Foundation continues to fund Holocaust-related historical research, among other scholarly projects. Recently, The Forward’s Benjamin Ivry spoke with Ronald about Gould and what her wealth has bought.

The Forward: On May 15 you are scheduled to speak at New York’s 92nd Street Y. Did the French Institute in New York not welcome you to their Florence Gould Hall on this book tour?

Ronald: The official answer to that from them was a simple “no” when we approached them. In my research, I found that the French Institute has an enormous amount of backing from the Florence Gould Foundation, which did not want to cooperate with the book. They tried to discourage me from writing it.

Do you feel it is odd that so many performance spaces and museum galleries in America bear the name of Florence Gould because she or her foundation funded them? At a time when Americans are determined to remove statues of Revolutionary or Civil War era offenders, why are public honors to a Nazi collaborator accepted?

Well first of all, I don’t think that they really knew that she was a Nazi collaborator. That’s the most important thing. Up until the time I wrote it, everyone, including the foundation, thought it was no big deal that she had a salon in Occupied Paris.

What do you make of the dedication of the Library of America’s Americans in Paris: A Literary Anthology edited by Adam Gopnik: “In honor of Florence Lacaze Gould (1895-1983) with support from The Florence Gould Foundation.”

Well, yes, this comes to the crux of the problem. Obviously, I tried more than once to get access to the foundation. There were a number of lawyers whom I spoke to who used to work for the law firm that administers the foundation’s works. From them, it became incredibly clear that they had no idea of her [Nazi] background. All they knew about was this Collaborationist salon. No one I knew of went to the National Archives or FBI files to research, and that’s what I based my book on. The foundation did not know her background.

J. Edgar Hoover tried for years to charge Gould with treason, but finally gave up. Why, did she promise to lend him her evening gowns?

(laughs) Now there’s a good thought, I like that very much. Basically, this is what I’d like to do in a future book. What pressure was exerted on the US Department of Justice to keep Americans who were guilty of treason during the World War II from being tried for treason? [Gould] was never acquitted. The Justice Department left the door open. They could even go after her now, if they had the money and the will, which they don’t. There was a great deal of pressure by the Truman and Eisenhower administrations to close the case. [Gould] set up the foundation to nail her legacy, to say aren’t I great, aren’t I wonderful, and how everyone in America and France adores me. It was to hide what she had done.

You cite the French author Dominique Aury, who wrote “The Story of O.” In the late 1950s, Aury dismissed Gould as an “American anti-Semite.” Was there ever any remorse or regret from Gould about her wartime actions?

In addition to laundering money for the Nazis through a Luftwaffe bank at the end of World War II, Gould had romantic liaisons during the war with Helmut Knochen, head of the Paris Gestapo and General Carl Oberg, the SS leader who deported over 40,000 Jews from France, most of them to their deaths. Presumably Nazis were eager to be seen with a rich fashionable lady in Paris, but what did she see in them?

It was her way of buying favor. Frankly, for Florence, if she slept with you, it didn’t really matter to her. There were so many men in her life.

Did Gould exaggerate stories of her own seductiveness? You report that she claimed among her lovers Max Jacob, a gay French poet, born Jewish, who converted to Catholicism after having a homoerotic vision of Jesus in a Paris cinema. Jacob would die in Drancy internment camp after being deported as a Jew. Another one of Gould’s reputed lovers, Charlie Chaplin, was generally interested in adolescent girls, not mature French-American hostesses. Was Gould overhyped as a femme fatale?

I’m sure there was hype to it, but I’m sure that Chaplin was real. There is a lot about Florence that was for affectation and effect, but not that. She ran a wartime prostitution ring, claiming she needed the money. She didn’t. She did it for fun. It gave her tremendous power. The war was going to be over sometime. It didn’t matter for her who won. She had all these women and all these men in her power. She was queen of the information age before the information age actually happened. Florence was anything but savoury. She basically had no moral compass. All that mattered to Florence was what Florence wanted. I had to stop writing the book several times because I thought she was so disgusting. But I thought it was an important story that had to get out.

Although Gould is typically described as an American due to her citizenship, since her parents were French, named Lacaze, and she spent most of her adult life in France, wasn’t she was profoundly French, following the old Gallic tradition of anti-Semitism?

She was profoundly French, but what made her special was she kept an American accent when speaking French. She wanted to be different in a very special way.

How do you explain that one of Gould’s closest postwar American friends was the cosmetics tycoon Estée Lauder, born Josephine Esther Mentzer in Corona, Queens of Hungarian Jewish ancestry? Estée Lauder was not forthcoming about her Jewish roots, but she must have heard of the company Gould kept during the war?

Estée turned a blind eye to the fact that Florence had an anti-Semitic past. Estée was trying desperately to become number one in the cosmetics industry. She introduced Florence to something she really wanted, an American identity. Although Florence had an American passport, she had no identity. By [Lauder’s] introducing her to the Metropolitan Museum in New York, that did it.

Why Do We Keep Honoring This Unrepentant Anti-Semite?