The Art Of Losing Isn’t Hard To Master 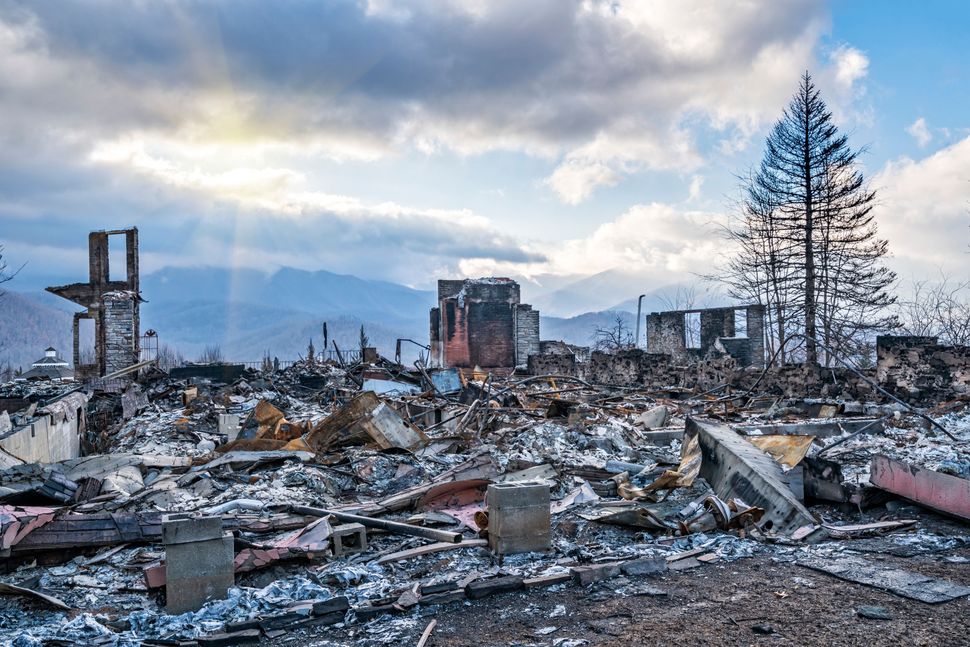 The following essay is excerpted from Alberto Manguel’s “Packing My Library,” reprinted by permission of Yale University Press.

Maybe loss is an inherited trait. My maternal grandmother had a gift for losing things. She had emigrated as a teenager from the outskirts of Ekaterinburg to one of Baron Hirsch’s colonies in the Argentinean Mesopotamia, and from that world of Jewish gauchos to the Jewish neighborhood of Buenos Aires, known as the Once. Even within the confines of her small apartment, she managed to lose things. Her lace-lined handkerchief would mysteriously disappear somewhere in the abysmal depths of her black handbag. The matches she needed to light the Shabbat candles would vanish from their allotted place next to the samovar. When she needed ground cinnamon for her quince strudel, the white pepper would appear like a ghost in its place, and when she needed the pepper for her gefilte fish the space for the pepper in her spice rack would be empty. My grandmother lost receipts, photographs, stockings, documents, jewelry, money. She lost her tram ticket so often that the inspectors (who recognized her after decades of seeing her on the same tram along the same route) would simply pass her by with a nod and a smile.

My mother would buy her support stockings by the dozen, and she kept my grandmother’s identity card in the safe in our house. And yet, losing things didn’t worry my grandmother. “We lost our house in Russia, we lost our friends, we lost our parents. I lost my husband. I lost my language,” she’d say in a curious mixture of Russian, Yiddish, and Spanish. “Losing things is not so bad because you learn to enjoy not what you have but what you remember. You should grow accustomed to loss.”

I think this is true. There exists, perhaps, in all human imagination, an unspoken expectation of losing what has been achieved. You build, of course, because you want a family, a house, a business. If you can, you create something out of sounds and colors and words. You compose a song, you paint a picture, you write a book. But underlying all you do is the secret knowledge that everything will one day be swept away: the song will no longer be sung, the picture will fade, the book will go up in flames until the day yet to come (as Isaiah says) when we shall be given beauty for ashes.

But to lose one must first find. If loss (or its possibility) is inherent in every intent, in every hope, then that intent, that hope, that desire to build something that comes to life from the ashes is correspondingly a part of everything we lose. Even though history has taught us that nothing lasts for long, the impulse to create in the face of impending destruction, to resettle in foreign lands and reproduce ancestral models, to build new libraries is a powerful and unquenchable impulse.

For all three Peoples of the Book, for the three antagonistic children of Abraham, the Word and the World are powerfully intertwined. The first verse of the Gospel of John, “In the beginning was the Word,” applies to all three cultures. God, the plural Elohim of the Jews who is One and Alone; the divine Trinity of Christians who is both One and Three; the singular Allah of Muslims who speaks through his Prophet — all create through the word. The world, according to these three faiths, is the breath or enunciation of God, who, further to his creation, annotates or comments on his spoken text in writing: In the Laws given to Moses, in the words of Christ transcribed by the apostles, in the Qur’an revealed to Muhammad. (In this last instance, no single word can be translated or changed even by one letter since for Muslims the Qur’an is one of the attributes of God himself, like his omnipresence and omnipotence.)

Our languages, according to the biblical legend, are God’s gift (or punishment) bestowed after Babel, when God shattered the single tongue spoken by all humankind into the myriad tongues we speak today. Therefore, since language comes from God, God reveals himself in every word we use, and hides himself in every statement. In 1890, in the old Jewish neighborhood in Cairo, in the sealed storage room of a medieval synagogue, one of the largest and most precious ancient archives in existence was discovered, in which papers of all sorts had been amassed (official documents, poems, shopping lists, letters, treatises, and so on) because it was believed that no piece of writing should be thrown away or destroyed, since it might contain, unawares, the name of God. God-given language implies both the freedom and restriction to name, and the prohibition against destroying the unnamable.

Every time we put something into words, we simultaneously pronounce a declaration of faith in the power of language to re-create and communicate our experience of the world, and our admission of its shortcomings to name this experience fully. Faith in language is, like all true faiths, unaltered by everyday practice that contradicts its claims of power — unaltered in spite of our knowledge that whenever we try to say something, however simple, however clear-cut, only a shadow of that something travels from our conception to its utterance, and further from its utterance to its reception and understanding. Every time we say “Pass the salt,” we do indeed convey, in essence, our request; and, in essence, our request is understood. But the shades and echoes of meaning, the private connotations and cultural roots, personal, social, and symbolic, emotional and objective, cannot, each and every one of them, travel with our words, so those who hear or read us must reconstruct, as best they can, around the core or under the shell of those words, the universe of sense and emotion and meaning in which they were born.

Plato, who would have agreed with my grandmother that everything is subject to loss, believed that our experience of the world consisted of nothing but intimations of meaning and shadows on the wall of a cave. If that is so, what we put into words are the shadows of shadows, and every book confesses the impossibility of holding fully onto whatever it is that our experience seizes. All our libraries are the glorious record of that failure.

The Art Of Losing Isn’t Hard To Master