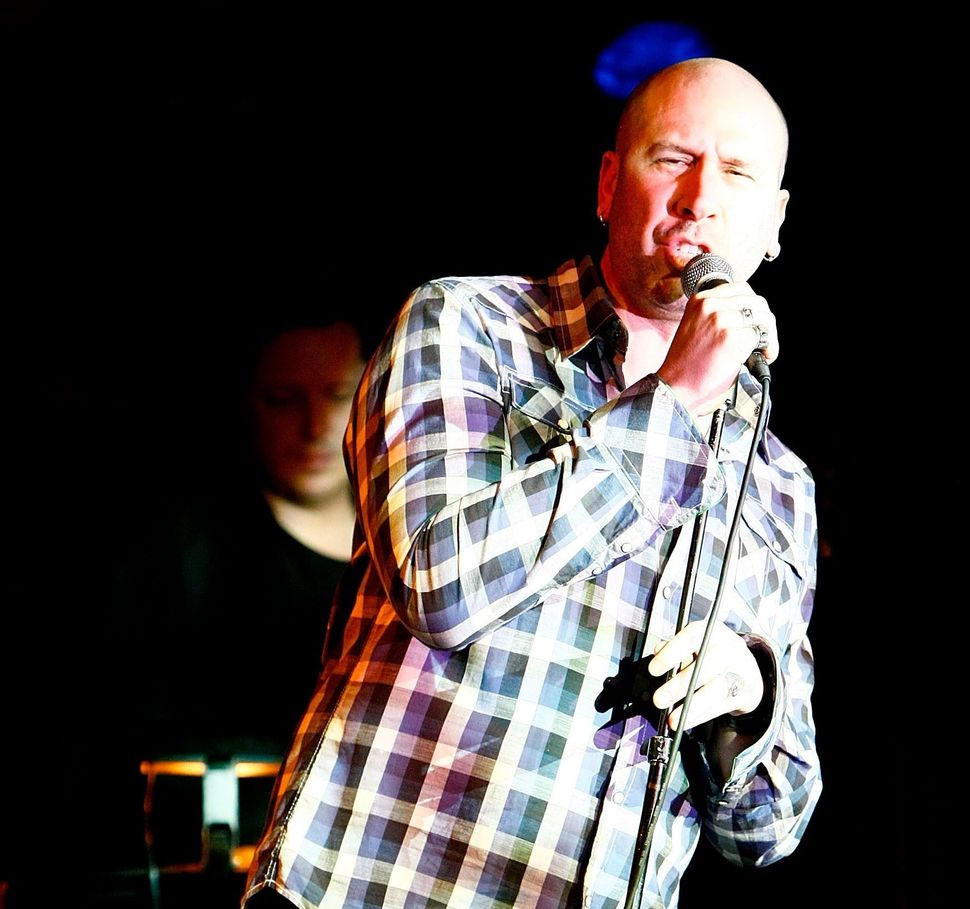 Jeremy Schonfeld didn’t exactly intend to create a multimedia rock opera about the Shoah and the emotional trauma it inflicted across generations. All he wanted to do was write an album in honor of his father, Gustav Schonfeld, a survivor of Auschwitz who passed away in 2011.

Yet, according to Schonfeld, the result of this endeavor, “Iron and Coal,” draws at least as much from The Who’s “Tommy” and Pink Floyd’s “The Wall” as from Jewish mourning traditions and Yiddish folk songs. The rock opera, which tells a story about the psychic toll of Nazi genocide, premieres at the Music Center at Strathmore in North Bethesda on May 3 with Schonfeld in a starring role. It’s a large-scale endeavor, including, according to the Strathmore’s website, “a rock band, full orchestra, and over 120 adult and youth voices.” As Schonfeld told the Forward, in creating the work he was willing to take risks where he thinks other storytellers might have shied away.

“When I set out to create [‘Iron and Coal’], part of finding the specific voice [was] to really go musically where the story need[ed] to take me,” Schonfeld said. “Some of the music is soaring, some is angry and aggressive, some of it is sad.”

The story of “Iron and Coal” is not strictly about Gustav’s experience in the camps. Instead, as Schonfeld told the Forward, at the heart of the narrative is the powerful bond of a father and son living in a St. Louis community that included a large number of Holocaust survivors. “Iron and Coal” investigates, in parallel, Gustav’s efforts to deal with his trauma while starting a new life as a scientist and physician in the United States, and his son’s struggles with, in his words, “growing up underneath the shadow” of Auschwitz.

Sometimes, the “emotional rollercoaster,” as Schonfeld describes it, leads to devastating lows, as on “Winterreise,” which incorporates the Yizkor memorial prayer with home movie footage and visuals of silhouettes draped in shadow. Elsewhere, as on “Yet,” the music builds to surprising emotional crescendos.

Schonfeld’s hope for the performance is that the audience “won’t know where we’re going each time we start a new tune,” as he and his fellow musicians traverse “rock, theatrical, jazz, and classical.” He wants to create emotional catharsis, and relay a stubborn hopefulness; after all, Schonfeld remarked that, even though his father bore unimaginable trauma, he lived “a rich and full life.”