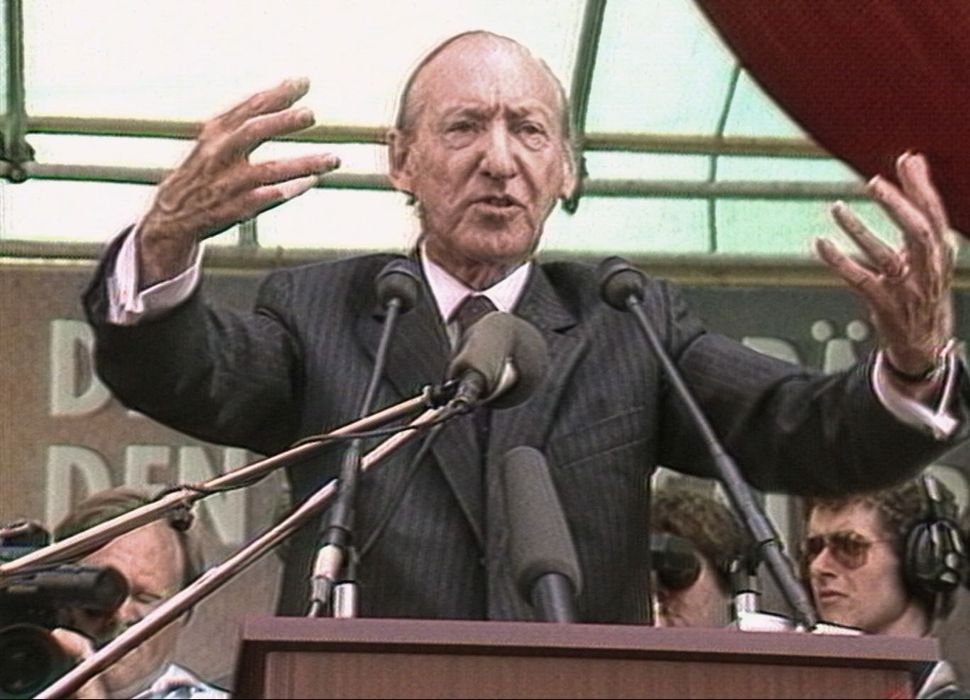 Ruth Beckermann is sick of people telling her that her films are timely. “It’s really boring,” says the Austrian director who has been digging into the dark corners on her country’s history since “The Paper Bridge,” which screened at the 1987 Berlin Film Festival. But with a far right political party leading Austria for the first time since World War Two, it seems inevitable that her new film, “The Waldheim Waltz,” an absorbing documentary about Kurt Waldheim, Secretary General of the United Nations between 1972 and 1982, and later President of Austria, who concealed his Nazi past, should strike audiences as topical. At this year’s Berlin Film Festival, “The Waldheim Waltz” walked away with the Glashütte Original Documentary Award, which comes with a €50,000 (US$53,000).

Beckermann and I are meeting in the Austrian Film Café, which serves the best mélange this side of Salzburg (as well as a less convincing Apfelstüdel and Sachertorte) and provides a rare oasis during Europe’s largest film festival, an 11 day circus of the best — and sometimes the strangest — of new world cinema. 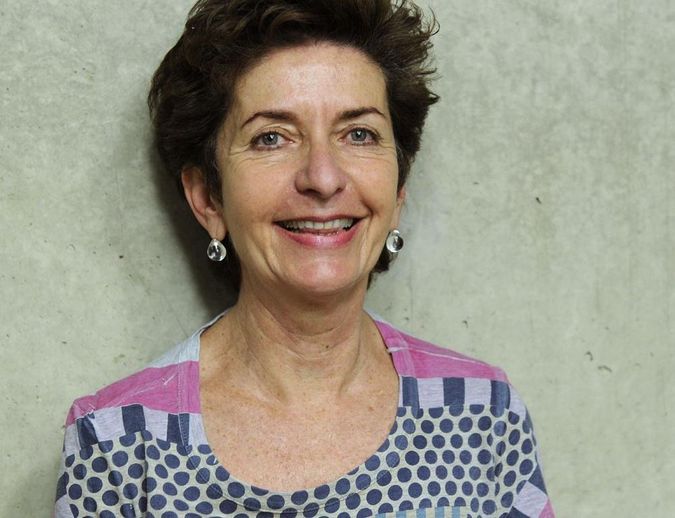 Montage is the key ingredient to filmmaking; it is the most singular aspect of the medium, the thing that unites every film regardless of genre or style. Beckermann didn’t shoot any new footage for “The Waldheim Waltz,” which is made up entirely of archival footage from 1986, the year of the election that propelled the former general secretary to the Austrian presidency. (When I ask if she considered shooting new footage, she said, “Why? That would have extremely boring!”). If that sounds a trifle on the dry side, the result is anything but. Set during the ten days leading up to the presidential election, Beckermann’s film is seamlessly constructed and tautly edited in the manner of a gripping courtroom drama.

At the U.N., Kurt Waldheim was known as “the man who the world trusts.” Four years after returning from New York to Austria, Waldheim was hot on the campaign trail, all but certain of an election victory, when the World Jewish Congress gave a press conference in New York revealing a photo that showed Waldheim in a Nazi uniform, flanked by Nazi and Italian Fascist officers, in what is now Montenegro. Previously, rumors had swirled about Waldheim’s wartime career, but the former Secretary General had always hid behind the great lie of his country’s post-War narrative, that Austria was Hitler’s first victim. Of course, claimed Waldheim, he had been drafted against his will into the Wehrmacht, just like so many thousands of young Austrian men. In the story that Waldheim recounted in his memoirs, he was shipped back from the front after being injured in 1941 and spent the rest of the war devoted to his studies.

After the WJC released the damning photo, however, sticking to that story wasn’t so easy. Despite the mounting evidence that the WJC brought against Waldheim, charges that included participation in murderous campaigns against partisans in the Balkans and the deportation of Thessaloniki’s 60,000 Jews, Waldheim continued to proclaim his innocence. Even more bafflingly, the Austrians, by and large, believed him. Calling himself “the most slandered candidate in history,” Waldheim claimed he was the target of a vast Jewish conspiracy and successfully corralled his compatriots to hide with him behind the mantle of collective victimhood. Shockingly, anti-Semitic tropes and language were out in the open, as can be seen in some of the film’s most gripping segments.

At an anti-Waldheim rally at Vienna’s main square, Stephansplatz, Beckermann filmed a confrontation with a beer-bellied Waldheim supporter who gleefully screams “Saujüde” (“Jewish Pig”) at the protestors. When she shot this footage three decades ago, she had no intention of ever putting it in a film. In her opinionated and analytical narration, Beckermann muses on the difficulty of choosing what to carry: a placard or a camera. Despite the qualms she may have had at the time, she seems to have found a perfect way to fold her activism into her filmmaking.

The majority of the footage in “The Waldheim Waltz,” however, was not shot by Beckermann, who combed through over 150 hours of archival material together with Sebastian Brameshuber, who is credited as the film’s “Conceptual Collaborator.” Perhaps the single most remarkable thing they found is footage of Waldheim’s son, Gerhard, appearing at a U.S. Congressional subcommittee in Washington to defend his father against charges of Nazi collaboration.

Gerhard sticks to the script, reminding the congressmen of his father’s distinguished political career and claiming that he is being unfairly persecuted. “We’re not professionals at this game,” Gerhard told the New York Times in an interview done at the time. ”Unlike the World Jewish Congress, we don’t have the resources to conduct a manhunt.” (The scenes where WJC leaders Israel Singer, Eli Rosenbaum and Elan Steinberg hold scrappy press conferences in their cramped offices make a hilarious contrast to such claims of grand maleficence). But despite the veiled — or not so veiled — anti-Semitism of such language, one almost feels bad for Gerhard, in the role of the dutiful son making all sorts of excuses and evasions that his determined cross examiner, U.S. Representative Tom Lantos, refuses to accept. The interrogation — unaired footage that Beckermann lets us see in its entirety — effectively mirrors the mixture of moral panic and denial that gripped postwar Austrian society and helps explain how Waldheim emerged from the scandal as the country’s democratically-elected president.

Although the story had an unhappy ending — the bad guy won! — Beckermann feels that the Waldheim Affair was a tipping point in Austria’s relationship to its Nazi past. In the election’s wake, students began removing the president’s portrait from classrooms. Waldheim’s presidency, which lasted until 1992, was a low point for Austrian diplomacy and the country increasingly found itself isolated on the world stage. One telling example: President Waldheim was persona non grata at the White House.

If today’s Austria is more honest in dealing with the role it played in the Holocaust, Beckermann feels that this is largely because the Waldheim case played a decisive role in changing people’s — especially the younger generation’s — hearts and minds. Waldheim’s victory was short-lived, while the chain of events his scandal set off ultimately dismantled Austria’s great postwar lie.

The Waldheim affair forced Austria to reexamine its National Social history from another, more truthful perspective. Beckermann claims that the Freedom Party of Austria, the right-wing populist party that is a part of the country’s ruling coalition since last year, is intent on undoing that hard-earned victory by employing “elements from Nazi ideology in order to shape the future.” Like Waldheim himself, they project an “aura of innocence.” While the ascendency of far right parties throughout Europe (including the AFD here in Germany) might be the most obvious parallel, Beckermann tells me that the German journalists she has spoken to have made a different connection.

“It’s funny, you know, because when Germans see the film, they immediately start talking about Trump,” the director says. “They see Waldheim as an earlier master of ‘alternative facts’.”

A.J. Goldmann is a Munich-based arts journalist. He is a longtime contributor to The Forward.