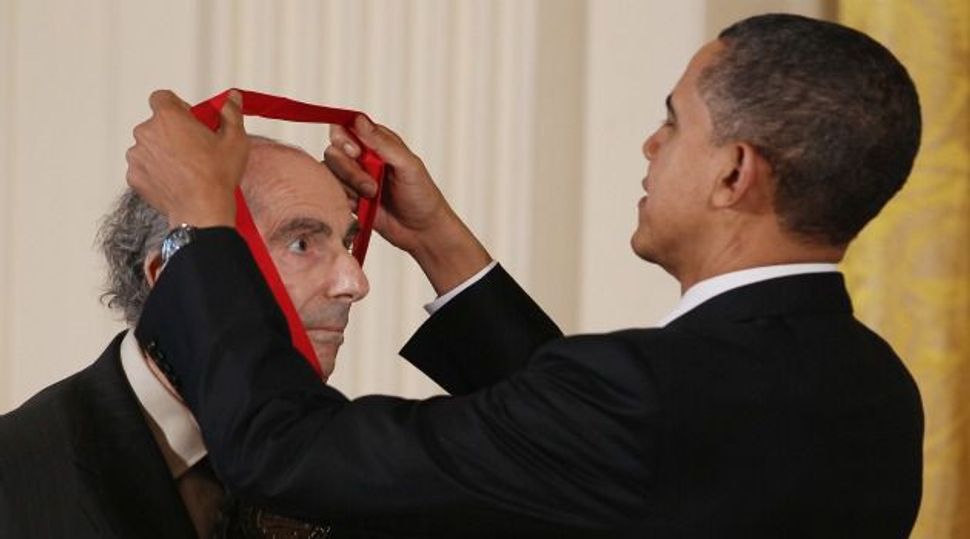 Among his fans, the late Philip Roth boasted Zadie Smith, Saul Bellow, the Library of America, and just about every awards committee save for the one named after Alfred Nobel. Roth could also have counted two presidents who enjoyed his work; Barack Obama, who awarded Roth with the National Humanities Medal, and, apparently, Donald Trump. In a recently resurfaced letter, published in 2005 on September 11, the future president Trump excoriates a New Yorker essay written about him by Mark Singer and published in a collection entitled “Character Studies.” “Most writers want to be successful,” Trump wrote. “Some writers even want to be good writers. I’ve read John Updike, I’ve read Orhan Pamuk, I’ve read Philip Roth. When Mark Singer enters their league, maybe I’ll read one of his books.” Roth was apparently unimpressed. In an interview with The New Yorker, Roth referred to Trump as “an ignorant con man” with a “vocabulary of seventy-seven words that is better called Jerkish than English.”