In ‘Picnic At Hanging Rock,’ Jewish And Other Mysteries 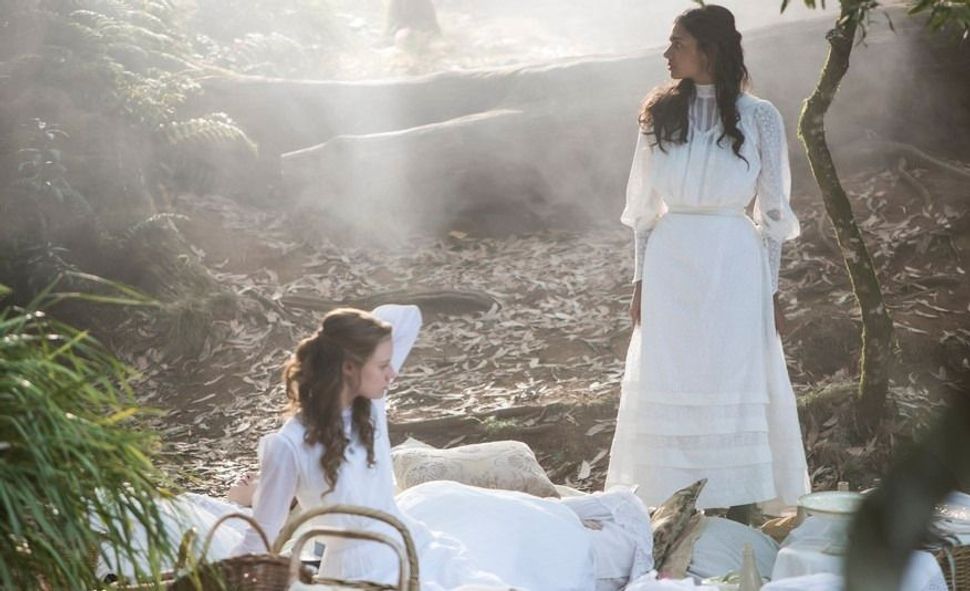 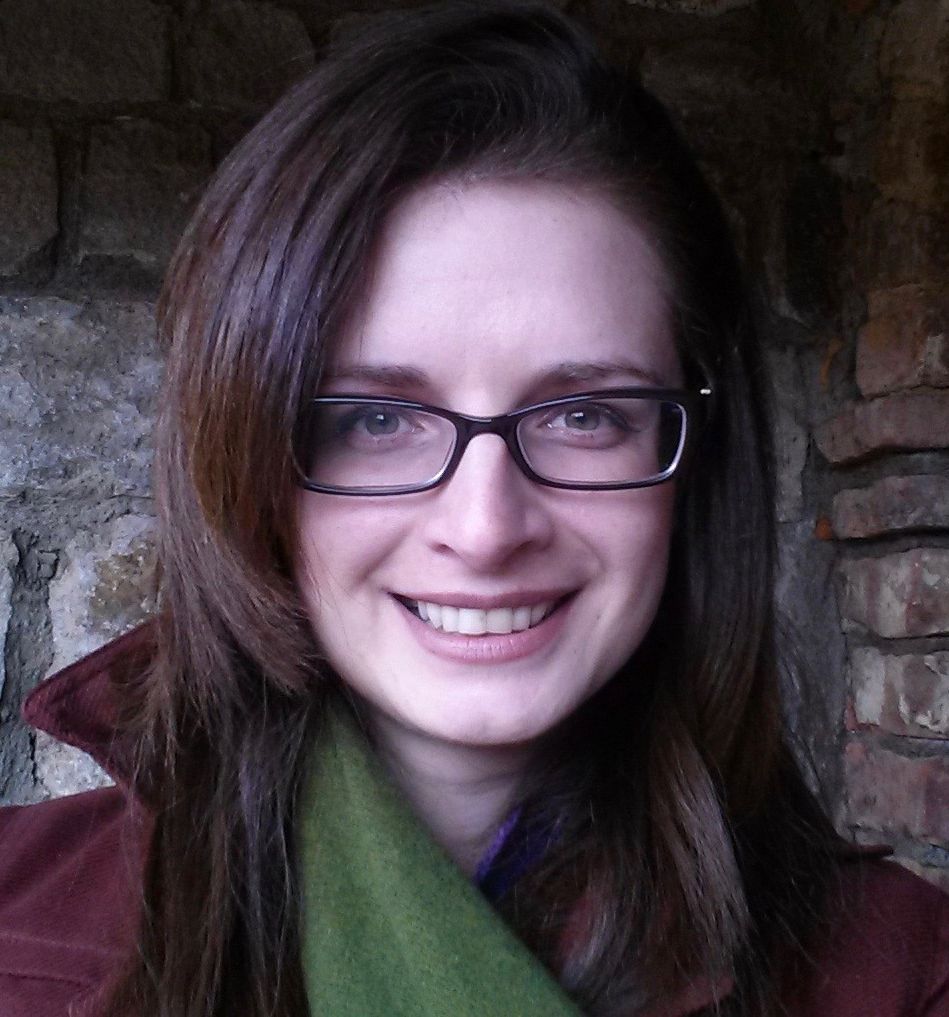 “I know when there’s girls together there is trouble,” says Reg Lumley, a side character in the new Amazon miniseries “Picnic at Hanging Rock.”

The series is based loosely on Joan Lindsay’s 1967 novel, and was also adapted by Peter Weir in his landmark 1975 film. The six-part television interpretation depicts girls and women living together in relative isolation at Appleyard College, a boarding school in southern Australia. Trouble ensues when, on St. Valentine’s day in 1900, four of the school’s members, three pupils and a teacher, disappear during a celebratory outing to Hanging Rock, an imposing, jagged mountain in the bush. By showing the events preceding and following the picnic, the miniseries reveals that trouble had been brewing long before the disappearances. Where the series departs from its source material and film adaptation is in its expanded view of the female characters’ biographies. Unlike Lindsay’s and Weir’s versions, 2018’s “Picnic at Hanging Rock” explores how difference, relating to gender, race and class, shapes the women’s and girls experiences. However, the series misses several opportunities to examine these characters’ inner lives and imagine their future beyond the walls of the college.

While Lindsay’s short novel is a gothic mystery that gives little information about its characters’ backgrounds, the Amazon show adds scenes and flashbacks to provide detailed backstories. Many of Appleyard’s residents are involved in some kind of trouble. Teachers and students either harbor secrets, engage in “deviant” sexual behavior, or both. Some teachers, such as Miss Lumley, Reg’s zealously Christian sister (played by Yael Stone), police the students’ transgressive behavior through disapproval or corporal punishment. Some, including Mrs. Appleyard herself (played by Natalie Dormer), hide behind false identities. Victorian finishing schools are portrayed as places where hypocritical authority figures abuse the marginalized in the name of sexual purity, Christianity and whiteness.

Of the vanished women, all are somehow Other. Miranda is a “tomboy” who is ordered by her parents to marry up though she shows no interest in men. Marion is a mixed-race “bastard,” the daughter of a white man and an Aboriginal woman. Miss McCraw, a teacher, is “an invert” who had to move to the other side of the world to escape her queer past. Yet perhaps the most developed of the disappeared characters is Irma Leopold, an admired yet reviled Jewish heiress. A direct Rothschild descendant, she arrives at the school straight from Paris, decked out in the latest fashion. She’s multilingual and cosmopolitan. She may or may not have visited the Sistine Chapel “in a golden carriage.” Despite the facts and rumors that surround her, Irma is a multi-faceted character, capable of generosity and heartbreak. Her genuine friendship with Miranda and Marion reveals her as far more than a spoiled rich girl, something outsiders do not see. “Pity she’s a Hebrew,” says a local society woman, begrudgingly admiring Irma’s physical beauty and wealth.

By dealing directly with racialized identities, the miniseries dramatically departs from its source material. Lindsay’s novel never uses the word “Jewish” and only mentions the name Rothschild once, though the author frequently reminds readers of Irma’s “ink-black curls” and refers to her as “the little dark one.” Irma’s Jewishness goes completely unstated in Weir’s film. There, Marion also lacks any sign of racial difference; she is an especially flat character: blonde-haired and unremarkable. In general, Weir’s film is a visual meditation that cares little for plot or character development. Every woman and girl is a feminine icon or narrative trope. They are frolicking nymphs, white swans, sexy teachers or sadistic headmistresses. In the new miniseries, Irma’s curls are blond but there is no doubt about her Jewishness.

The serial’s direct engagement with difference sets it apart from not only Weir’s film but also more recent critically-acclaimed costume dramas, such as those directed by Sofia Coppola. The slow-motion dreaminess of Picnic at Hanging Rock takes some pages out of Coppola’s playbook. The juxtaposition of lush period scenery with a modern soundtrack is particularly reminiscent of Marie Antoinette. An even more pertinent comparison is between the miniseries and The Beguiled, another story about trouble at a girls’ boarding school. Despite earning Coppola the Best Director prize at 2017’s Cannes Film Festival, the film received some well-deserved criticism for its all-white cast of heroines. In contrast, “Picnic at Hanging Rock” casts two Indigenous actors in sympathetic roles (Madeleine Madden as Marion and Mark Coles Smith as Tom). This choice appears to be a deliberate effort to make a costume drama without whitewashing. Here the gesture is especially relevant given that, in Australia, Hanging Rock is a tourist site that bears the history of colonialism. As the serial reminds viewers, several indigenous groups were keepers of the mountain until their expulsion in the 19th century. To tell a story about this space and only feature white actors would symbolically perpetuate colonial erasure.

The series also takes a more deliberate approach to tackling young women’s sexuality – how it’s experienced, perceived and fantasized about. “Have you any idea what goes on inside the minds of girls that age, what they get up to when they’re not supervised?” asks one character. According to the miniseries, the answer is sex. Many scenes depict desire, especially queer desire, as the object of repression, expression and exploration for many characters, female and male. Though some of the scenes between the women indeed have the features of a male-gaze perspective, there are also many moments of intimacy and ambiguity.

Despite the television adaptation’s willingness to delve into issues of sex, class and race, it misses important opportunities to examine how its racial Others see themselves. We know that Marion is aware of her social limitations as a woman of mixed race but, beyond that, we don’t get a sense of how she conceptualizes her self. The same is true for Irma. She is someone who is mocked behind her back for being a rich “Jewess,” or worse yet “the enemy of our lord,” but it’s not clear how she understands her Jewishness. In one of the scenes, Irma becomes victim to a vicious anti-Semitic attack. How common is this experience to her? How does it mark her? We never get answers to these questions.

Like Lindsay’s novel and Weir’s film, the series leaves other central questions unanswered: what ultimately happened to the women. Did they simply get lost? Were they kidnapped? Did they escape, finding lives that were freer or more precarious? By not answering these questions, the serial prevents us from knowing if the women who do not return end up dying, surviving, or being cast into some sort of mystical limbo. There is an old trope known by the phrase “bury your gays,” which refers to the tendency to end queer stories in tragedy, including murder and suicide. Given its loose relationship to the source material, the serial was at liberty to unequivocally reject this trope, by telling a story of queer survival. Instead “Picnic at Hanging Rock” asks us to accept the lack of resolution and to content ourselves with remembering the girls on that St. Valentine’s Day, frolicking together unsupervised.

Maggie Levantovskaya is a lecturer in English at Santa Clara University.

In ‘Picnic At Hanging Rock,’ Jewish And Other Mysteries