Resurrecting Yiddish Music One Song At A Time 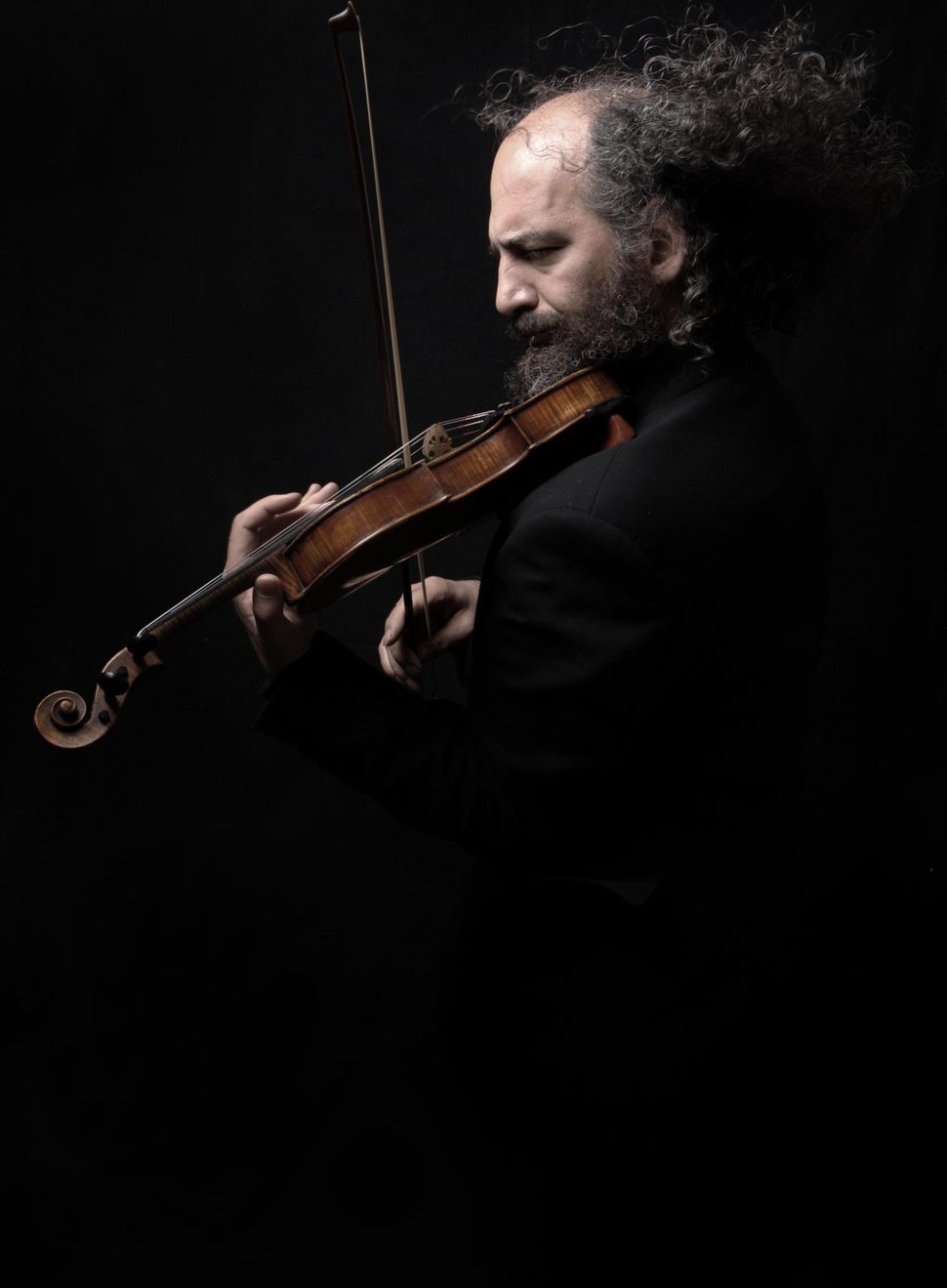 Sometime in late 1944, Taybl Birman, a 28-year-old Soviet Jew working in a tailor shop in war-torn Minsk, composed a song for her husband, Misha, a Red Army soldier who was fighting the Nazis on the Eastern Front.

The song began playfully — with Taybl mentioning that she was sitting “beside my beloved sewing machine,” singing to herself while “sewing Hitler a burial shroud” — but quickly escalated in intensity. “My Misha dearest,” she sang in Yiddish, “you will arrive [in Berlin] and split open all of their heads. Slash them, smash, them, have no mercy. Take revenge for us all.”

Taybl wrote down the lyrics, four verses in all, and included them in a letter to her husband. Upon receipt of her letter, Misha wrote back with verses of his own: “Taybele, my wife, please know. I am now in East Prussia. We will tear Hitler’s Germany apart very soon, into the tiniest pieces.” 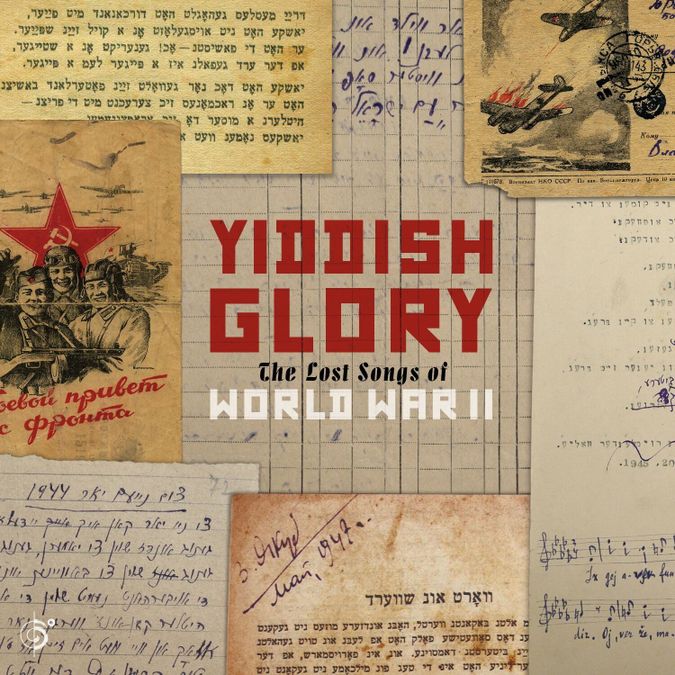 The songs recount a wide spectrum of emotions and experiences, ranging from passionate love songs and amusing satirical pieces to the heart-rending laments of homeless refugees, grieving widows and orphaned children. In “My Machine Gun,” taken from a letter written by Polish Yiddish poet Mendel Man, a Polish Jew in the Red Army avenges the burning of his shtetl by mowing down every German soldier who ventures into range. “Tulchin,” written in 1942 by a 16 year-old Ukrainian boy named Yosef Braverman, decries the murders of Jews in the titular Ukrainian town, which lost its entire pre-war Jewish population during World War II, and visualizes the terrible fate that will befall those sent to Pechora, the nearby ghetto and death camp.

“Four Sons,” written by Nokhem Royznvaser of Berdichev, speaks of the sleepless, sorrowful nights endured by a father whose four sons have joined the Red Army, one of whom has already “had his [life] snipped” like “a young sapling with blossoms.” “Babi Yar,” written in 1947 by 72 year-old Kiev resident Golda Rovinskaya, gorily recounts the massacre at Babi Yar ravine, where 33,771 Jews were shot to death by German troops and Ukrainian collaborators over the course of two days in September, 1941, and warns that anti-Semitism will continue to flourish even in the wake of Germany’s defeat.

But there is humor and uplift here, as well. “On the High Mountain,” a song composed in 1944 by Veli Shargorodski of Odessa, comically mocks German soldiers for their failed attempts to seize the natural resources of Ukraine, and promises that “Hitler is kaput!” The anonymously-written “Happy New Year 1944!” celebrates the fact that “the Red Army has the upper hand,” and encourages the spreading of peace and joy “just to spite those silly little Germans.” “Purim Gifts for Hitler,” an anonymously-penned song from Khazakstan, exults in the continued survival of the Jewish people despite over two thousand years of persecution.

Taken together, the passionate songs of “Yiddish Glory” serve as a mighty riposte to the notion that Jews were passive victims of the Nazis during the Holocaust, as well as the canard (still pervasive in Russia and elsewhere) that the 2.5 million Jews killed by the Germans and their collaborators in occupied Ukraine and other parts of the Soviet Union weren’t specifically targeted because of their Jewishness. Many of these songs still crackle with the electricity that comes from having been composed while the war was still going on — the lyrics’ still-raw mixture of rage, despair, frustration, uncertainty and hope imparts a profoundly vivid sense of what daily existence must have actually been like for Soviet Jews who lived through the war and its horrors.

Listening to “Yiddish Glory” becomes even more profound experience when you realize that none of these songs had been performed since at least 1947 — and, in fact, were long thought to have been destroyed. During and immediately following the war, these songs and hundreds of others like them were collected by Soviet ethnomusicologists from the Kiev Cabinet for Jewish Culture, led by Moisei Beregovsky. Beregovsky’s mission was to preserve the Soviet Jewish culture of the 1940s by collecting Yiddish folk songs and stories from the Ukraine and other parts of the Soviet Union, with the intention of eventually publishing them in an anthology. But Beregovsky’s project eventually drew the unwelcome attention of Joseph Stalin’s increasingly anti-Semitic government, which arrested Beregovsky and his colleagues, and seized their extensive archive of songs; though Beregovsky was eventually released from prison, he died in 1961 convinced that his work had been completely for naught.

It wasn’t until the 1990s, when librarians at the Vernadsky National Library of Ukraine unearthed several un-labeled boxes filled with typed and hand-written documents, that the songs collected by Beregovsky and his colleagues resurfaced. While visiting the library in the early 2000s in order to research a book about Yiddish culture in the Soviet Union during the Holocaust, Anna Sthernshis found these surviving songs, and quickly realized their origin and importance.

While the melodies of some of these songs had been preserved by the archivists, most were lyrics-only; knowing that music would be needed to bring these lyrics fully to life, Shternshis joined forces with Psoy Korolenko to put new melodies to the words. Like archaeologists reconstructing an ancient vase from a handful of shards, the pair painstakingly analyzed each song to divine what sort of folk melodies and rhythms would be most appropriate for its subject, period and geographic origin; in some cases, fragments of several different folk songs were joined together to complete a composition. Sergei Erdenko wrote the musical arrangements (he also composed additional music for a few of them), producer Dan Rosenberg rounded up the vocalists and instrumentalists, and “Yiddish Glory” slowly took shape.

The resulting album is not only an impressive testament to Shternshis and Korlenko’s diligent research, but it also makes a worthy monument to the work of Moisei Beregovsky — and, indeed, to the people who wrote these lyrics, and those that they wrote about. At a time when the details of the Holocaust seem to be growing fuzzier with age, it feels more important than ever to examine first-hand human accounts of its horrors. But while “Yiddish Glory” certainly provides them, it also imparts an incredibly inspiring sense of strength, passion and defiance — not only through its words and its music, but through its very existence. For all their combined might, Hitler and Stalin ultimately failed to silence these voices, or bury their words forever; and despite the persistent efforts of anti-Semites everywhere, the truth, like the Jewish people, seems to have a way of enduring.

Dan Epstein’s most recent book is ‘Stars and Strikes: Baseball and America in the Bicentennial Summer of ‘76.’

Resurrecting Yiddish Music One Song At A Time