Why JGirls Is More Than Just Another Teen Publication 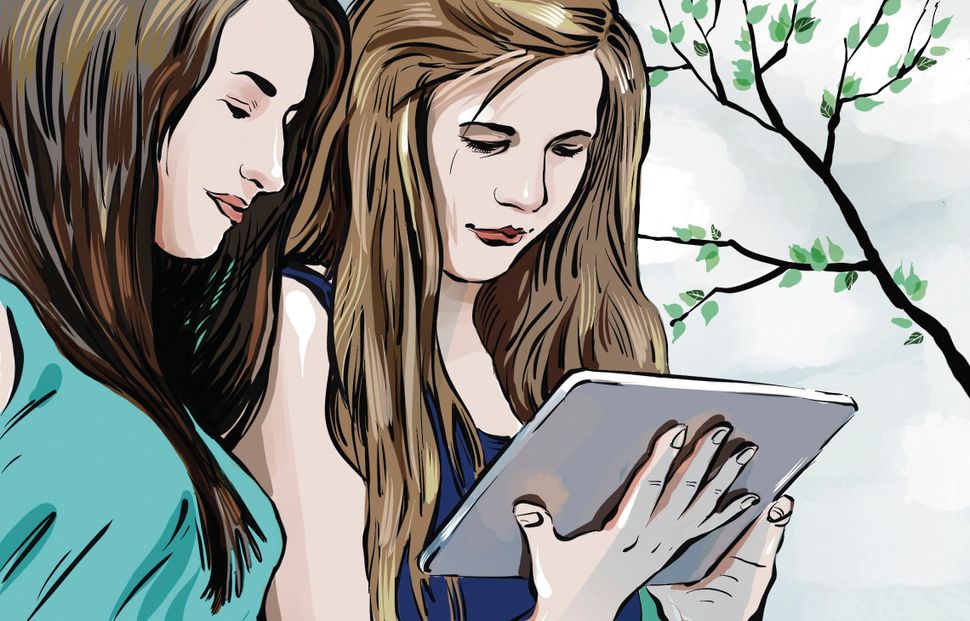 When I was a teenager, I wasn’t at all interested in the magazines targeted to girls my age: Seventeen, Young Miss (which became YM), Sassy. They talked reverently about movies and TV shows I didn’t particularly like and bands I didn’t listen to. And the girls on the covers certainly didn’t look like me.

Today, I would be a frequent visitor (and maybe even contributor) to jGirls Magazine, an online publication with content both for and by Jewish teenage girls. The brainchild of documentary filmmaker and social justice activist Elizabeth Mandel, jGirls provides anyone identifying as Jewish and female between the ages of 13 and 19 with an outlet that encourages self-expression and community. Participants represent a wide variety of economic and cultural backgrounds, as well as all kinds of religious observance. Girls are exposed to and encouraged to engage in discussion about the myriad ways of living and thinking at the nexus of these two identities.

“It’s critical that girls trust their voices and trust that they will be heard,” Mandel told me. “With jGirls, we are telling them that they matter and others believe them. And that’s a fundamental piece of activism.”

jGirls publishes content across multiple creative platforms, including poetry, personal essays, fiction and other artistic formats. The site is overseen by an editorial board of 14 girls, as well as three alumnae advisors, who are assigned to various committees and run all aspects of the magazine.

Organized by subject, is the writing ranges from such topics as growing up interfaith and living with special needs to campus anti-Semitism, LGBTQ issues and, yes, #metoo, which has provided the site’s most-read piece thus far.

Audrey Honig, previously of the jGirls editorial board and now an alumnae advisor, is a freshman at Kalamazoo College in Michigan. After serving as head of the poetry department on the board, she is majoring in English with a concentration in poetry.

“Participating on the jGirls board changed my ability to speak up,” Honig said. “So many women start off with, ‘I don’t know if this is a good idea.’ I see myself as a person who has many smart ideas! Having a space where my ideas are celebrated has given me the confidence to express myself. We get training that applies to working on the magazine, but it’s also useful as a Jewish woman in the world.”

For jGirl founder Mandel, the magazine is not just a labor of love, but the culmination of her life’s work. A native New Yorker, Mandel points to her upbringing as a major motivator in her career path. Growing up in Riverdale in the 1970s, Mandel found herself, unknowingly, at the epicenter of the conversation concerning women and Judaism. Her neighborhood was Orthodox, but its overarching attitude was progressive. Girls were just starting to read Torah at their bat mitzvahs, the first local women’s prayer group was freshly off the ground and Lilith magazine was always on the coffee table.

“There was a real sense of possibility in the air,” Mandel said. “I was always interested in how far I could go with that possibility and, at the same time, honor my strong sense of Jewish values.”

Mandel’s humanitarian efforts have taken her around the world to places such as Cambodia and Indonesia, where she addressed gender-based violence and economic development. She quickly recognized the power of the media to give a voice to the disenfranchised and sought, through her role as a producer and director, to create dialogue around these challenging issues. But ultimately, she decided to turn the spotlight on her own culture.

“My personal joy and pride and struggle about being Jewish and female had so much to do with my identity and choices,” she said. “jGirls combines the gender piece and the media piece, but now I’m no longer helicoptering in to play a role. I’m creating a space for younger versions of me.”

Why JGirls Is More Than Just Another Teen Publication