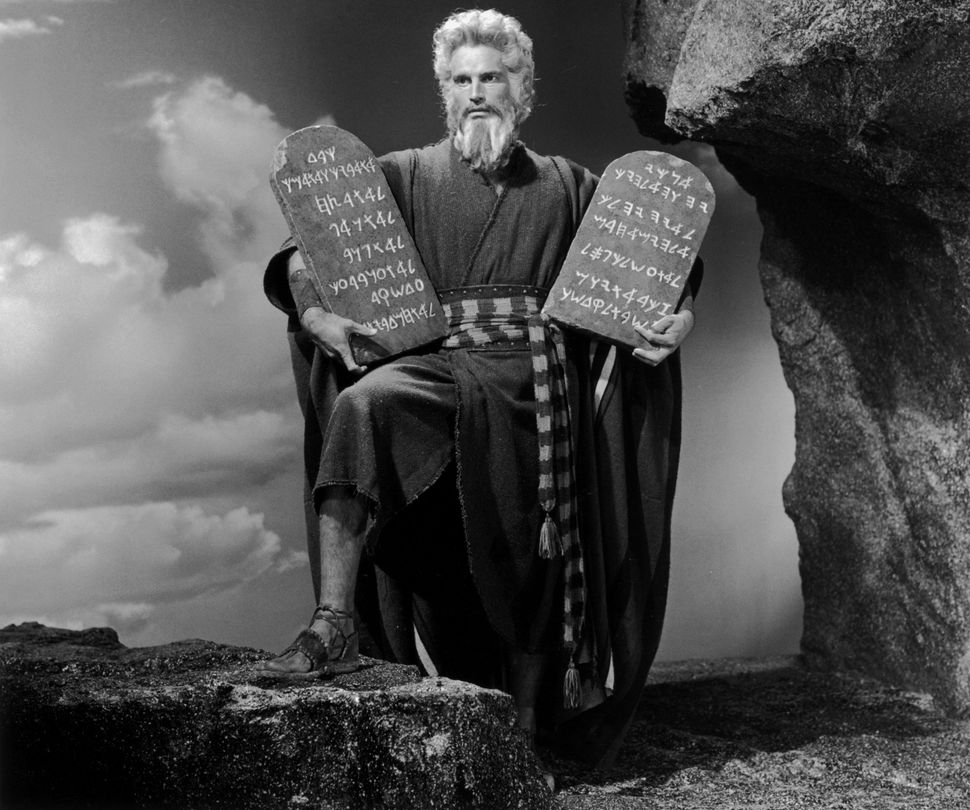 Charlton Heston in “The Ten Commandments” Image by Getty Images

On Friday, June 29th, 2018, former Arkansas Governor Mike Huckabee, Twitter’s least favorite purveyor of dad jokes, made a bold claim about one of our prophets on Fox News.

In the aftermath of the news of Justice Anthony Kennedy’s retirement, Huckabee, speaking to Fox’s Bill Hemmer, claimed that if Trump “put Moses up for the possibility of being Supreme Court Justice — the ultimate lawgiver, the Ten Commandments — they would still be against it.”

But would they be right to vote no? Setting aside Moses’s pro-refugee and immigrant stances, (positions that would make him an odd pick for the current administration) he falls well short of the standards of the highest court in the land.

For one thing, he doesn’t have a law degree, and his experience in the law basically amounts to the transcription of the Torah and the courier service he performed for the Ten Commandments (clerk-level stuff). For all his merits, he was not exactly schooled in Talmudic debate and the job of a top jurist requires a deeper level of interpretation.

Another thing is the vetting process he’d have to go through. Even though the statute of limitations has long since lapsed, Moses still killed an Egyptian guard and hid his body in the sand. He did it in defense of a Hebrew the guard was roughing up, but still, our Man of Sinai has a bit of a rap sheet.

But the ultimate disqualifier — and one that pundits like Huckabee ought to be more wary of — is that the law of God is separate from the law of the Constitution that demands a separation of church and state. Indeed, appointing a three-thousand-year-old non-citizen that doesn’t speak a modern language and is beholden to the word of God over that of any sovereign state would amount to something of a constitutional crisis. We can debate whether or not his famous tablets belong outside our courthouses, but I think we can all agree they shouldn’t be allowed inside, informing the opinions of the Judicial Branch—at least not exclusively.

Oh, and then there’s that pesky speech impediment that made Moses famously soft-spoken — though that hasn’t stopped Clarence Thomas.