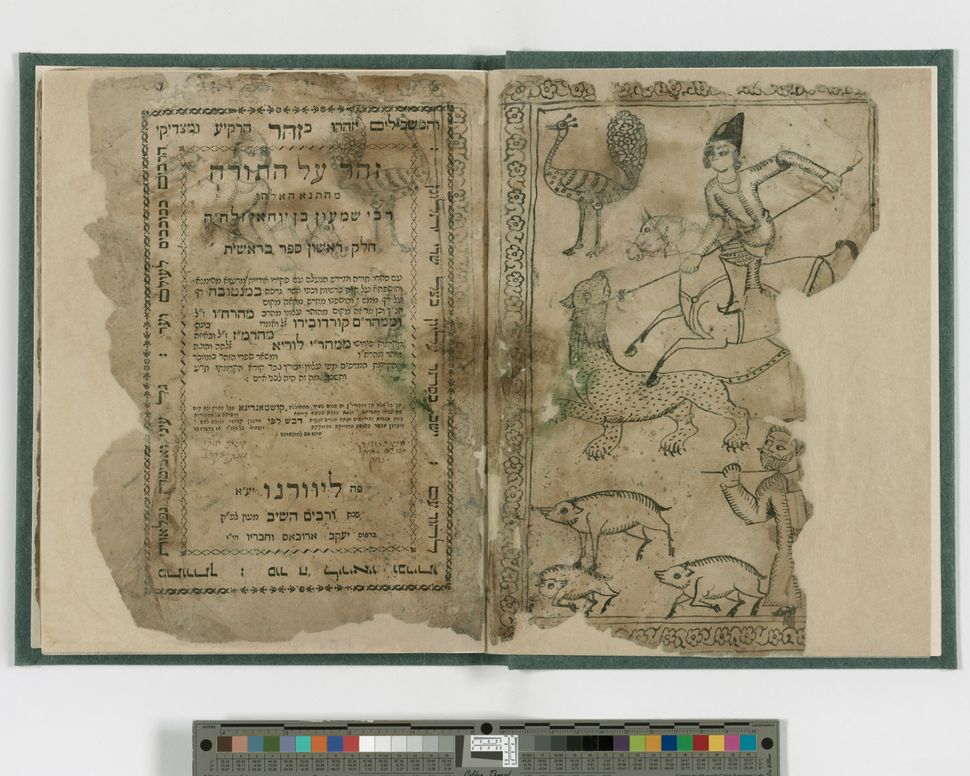 The 1815 Zohar from Livorno, after its restoration. Image by U.S. National Archives

The Iraqi Jewish Archive, as the Forward explored in a recent series of articles, has significant symbolic meaning.

To Iraqi Jews and their descendants, exiled from their home country starting in 1950, the archive, a trove of artifacts brought to the United States for restoration in 2003, represents the rich communal life and history they were forced to leave behind.

To Iraq, the archive is an important memorial to the many minority communities decimated under the dictatorship of Saddam Hussein.

As the world faces the global refugee crisis, the question of how to distribute items of cultural significance following catastrophic conflict is becoming increasingly important. The foreign policy matters touched by a dispute over the archive’s return to Iraq, currently scheduled for this September, may affect Israel, the Palestinians and the entire community of Middle Eastern Jewry and their descendants.

But what, exactly, is in the archive? See the slideshow above, and learn.