How Jimmy Carter Lost The Vote Of New York’s Jews 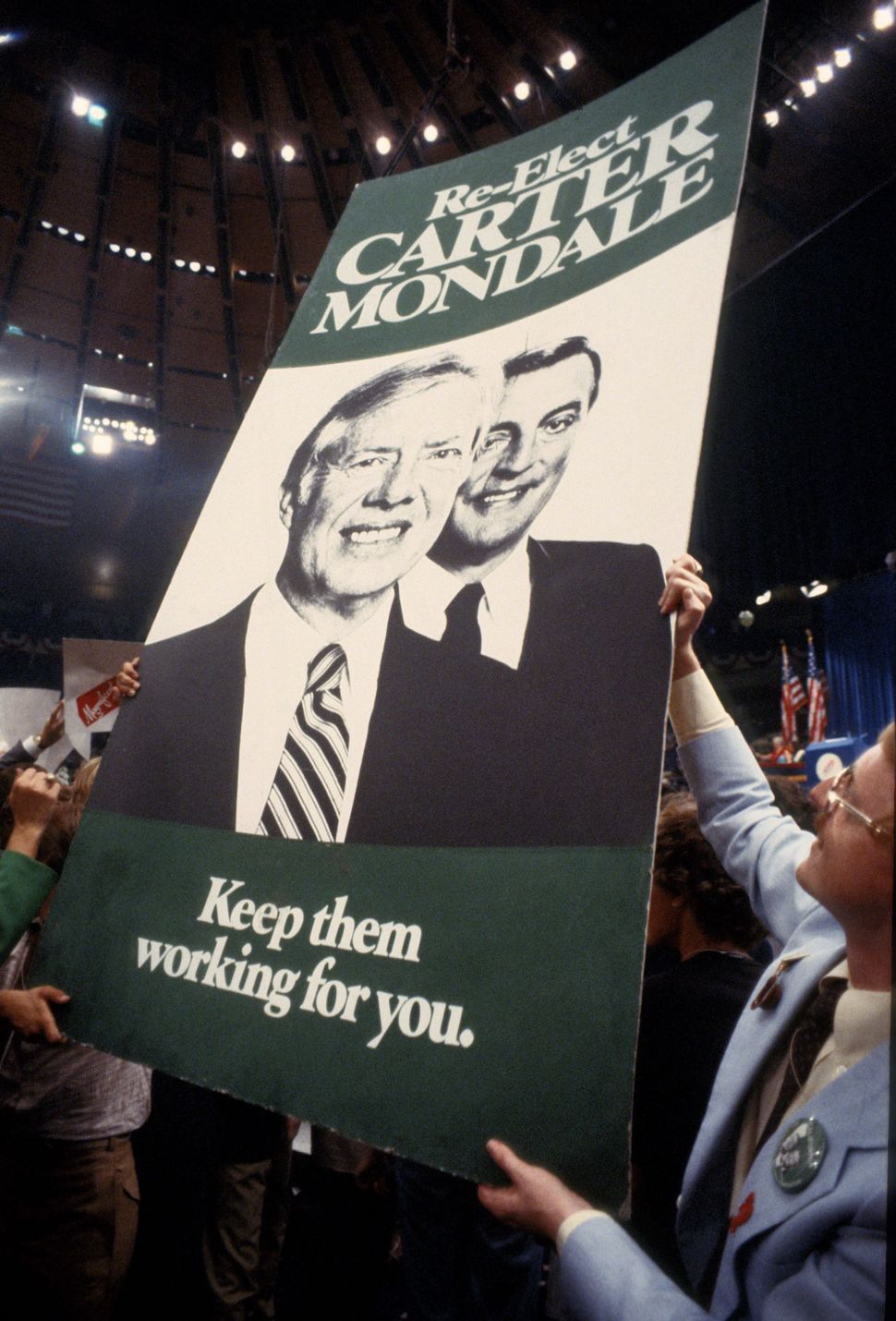 How did President Jimmy Carter, an incumbent Democratic president, lose the 1980 Democratic Primary in New York — to a senator from Massachusetts, of all places? It looks like the Jews were behind it.

In his new book, “President Carter: The White House Years,” former White House Domestic Affairs Advisor Stuart Eizenstat paints a picture of two fatal gaffes that changed the course of the 1980 election and made Ted Kennedy, the challenger from Carter’s own party, a contender.

In the summer of 1979, Andrew Young, Carter’s UN Ambassador, found himself in hot water after meeting with the Kuwaiti Ambassador to the UN, Abdullah Bishara, and Zedhi Labib Terzi, the Palestinian observer at the UN and a member of the PLO.

According to Eizenstat, the meeting was designed to block a UN resolution drafted by Yasir Arafat, demanding that his party, the PLO, be recognized as the official government of a state-in-exile (whose capital would be Jerusalem) and that all territories gained by Israel in the 1967 war be surrendered. Young found the resolution to be extreme. Young was also conscious of the fact that he was about to serve a six-month term as the President of the UN Security Council, and that the optics would be bad if he were forced to veto the resolution. The action would make the Arab bloc question the United States’ commitment to peace.

The meeting was an issue, but Eizenstat is sympathetic to Young’s decision to have it. “On the one hand,” he writes, “as the American ambassador to the UN he was barely authorized to even acknowledge the existence of any representative of the PLO, let alone meet for a drink in the delegate’s lounge… on the other hand, at the start of the following week Ambassador Young would be [as president of the Security Council] … required to meet with all parties to any dispute before the council.”

Word got out to the press almost immediately through a leak (no one knows who leaked but “much evidence points to the Israelis,” Eizenstat writes), and Jewish leaders condemned the pow-wow, all but forcing Young’s resignation. While leaders like Rabbi Joseph Sternstein, the president of the American Zionist Federation pushed for Young’s dismissal, black leaders responded by coming to Young’s defense in a provocative way.

“In the scramble to fill the vacuum left by [Young’s] resignation, some black leaders competed with increasingly intense declarations of support for the Palestinians, thus widening the gap with Jews who had supported their fight for civil rights,” Eizenstat writes.

In fact, the Reverend Joseph Lowery, President of the Southern Christian Leadership Council went so far as to meet with Terzi himself and later marched into the Israeli Ambassador to the UN’s office, confronting the ambassador with an “entourage of cameramen.”

But, Eizenstat claims, if this wasn’t enough for Carter to lose the Jewish vote in the 1980 primary — or, for that matter, widen the divide between Black and Jewish Democrats — Young’s replacement, Donald McHenry, a black foreign service officer, killed Carter’s chances in New York.

A draft resolution, Security Council Resolution 465, was introduced to the UN by several Arab states, which condemned Israeli settlements and referred to Jerusalem as “occupied territory.”

Carter and his staff met and refused to support the resolution as worded, opting to abstain. But when McHenry reported back later in the day that he succeeded in removing the objectionable language about Israel, Secretary of State Cyrus Vance called President Carter to decide how they would vote.

“Trusting Vance,” Eizenstat writes, “the president did not ask for a copy of the last draft.”

McHenry was directed to vote yes, but, Carter and Vance soon learned to their horror, much of the provocative language about Jerusalem remained in the resolution.

Carter scrambled to speak with Jewish leaders and issued a statement on March 3rd, the day after the vote blaming the Ambassador’s actions on a miscommunication. It was too late — the New York primary was a week away.

“In the primary we suffered massive Jewish defections,” Eizenstat writes, though earlier primaries had provided comfortable numbers from Jews in Illinois. The blunder of a vote changed the game.

“What was unreported until now,” Eizenstat writes, “is that with Kennedy’s full concurrence, his political strategists had been already planning a public withdrawal from the race if he lost in New York.”

This didn’t happen. Kennedy won by 59% of the overall vote, and by a 4-to-1 marginof the Jewish vote, and was able to ride his ticket to the Convention in New York City that November. Carter would win the nomination, but the division two candidates created for Democrats helped Ronald Reagan win the White House.

“From the New York primary onward,” Eizenstat writes, “I believe Carter was left with the view that New York Jews had not only defeated him in the primary but were also a factor in his loss in November.”

That may well be, but in the current landscape of U.S. international relations, today’s readers may be ready to cut Carter’s diplomats some slack.

How Jimmy Carter Lost The Vote Of New York’s Jews