Another Hidden Jewish Girl — But Not Anne Frank 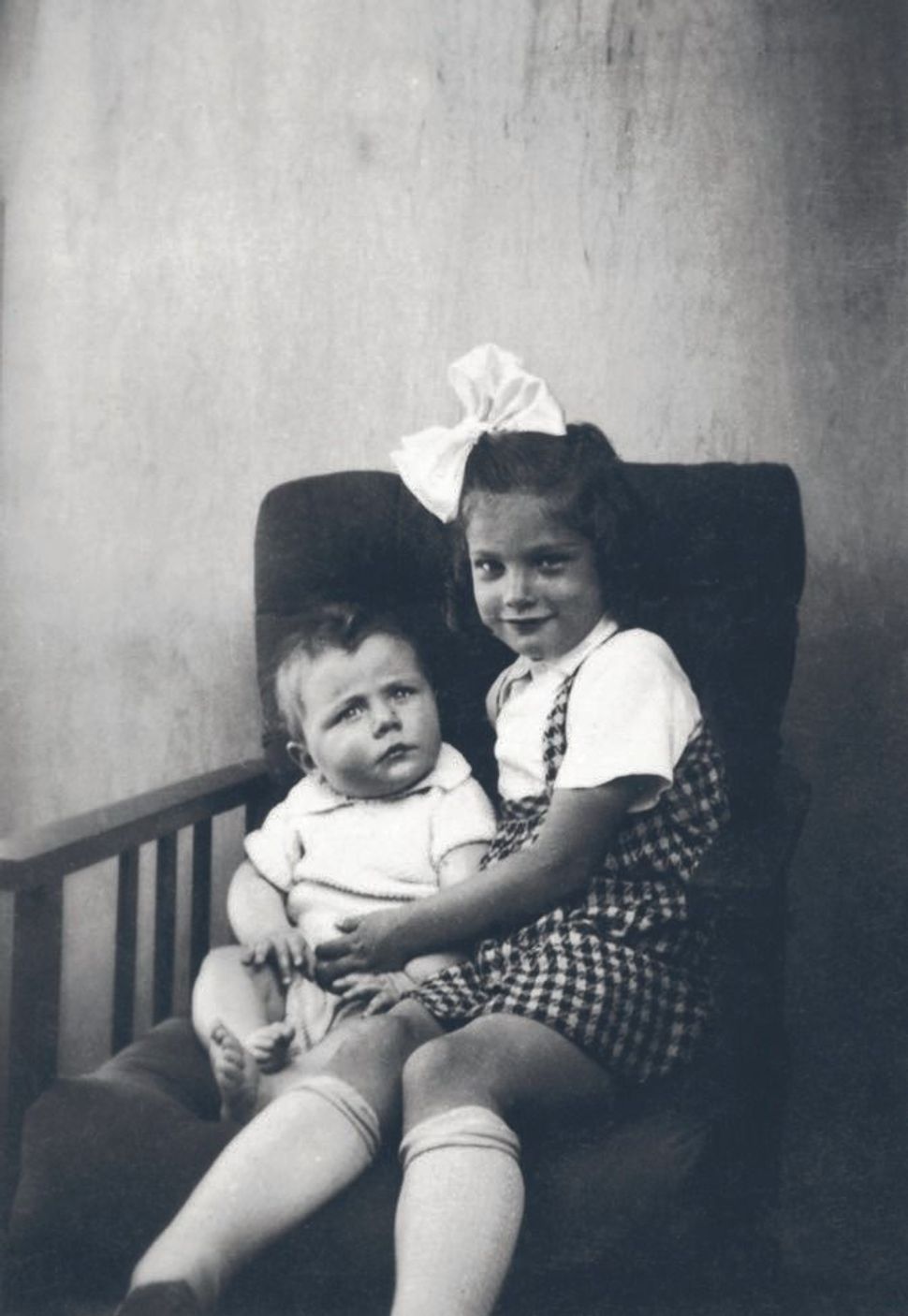 The Cut Out Girl Image by Penguin Press

The Cut Out Girl: A Story of War and Family, Lost and Found
By Bart van Es
Penguin Press, 304 pages, $28

It’s impossible to think of the Holocaust in the Netherlands without conjuring the ghost of Anne Frank. And though Frank and her diary were exceptional, her story embodies the opposing fates of Dutch Jewry: rescue and obliteration.

The Frank family, as you’ll recall, fled Nazi Germany for the Netherlands in the 1930s, as did thousands of other refugees. There, for a while, they assimilated and prospered. After the German invasion, family members, along with others, were hidden and supplied for two years by employees of the firm of the patriarch, Otto Frank. In 1944, a Nazi raid uncovered their secret annex, dispatching Anne Frank and the rest to concentration camps. Only Otto Frank was left at war’s end to share his daughter’s salvaged diary with the world.

In “The Cut Out Girl,” Bart van Es, a Dutch-born professor of English literature at the University of Oxford, ferrets out the story of another hidden Jewish girl. Aided by the Dutch Resistance, this one survived, though hardly intact, having had both her childhood innocence and nearly all her family ripped away.

Van Es has a powerful personal connection to his subject, Lien de Jong. Now in her 80s, she was sheltered by his paternal grandparents during the war and lived with them for a time afterward. But for all their shared history, she and the author’s family had become estranged in the 1980s. “A letter was sent,” van Es writes, “and a connection was broken.”

In this graceful memoir, van Es artfully intertwines two narrative threads, telling Lien’s story and his own, as he struggles to discover the specific reasons for the breach — and to heal it. He bridges the complexities of his account with writing that is fluid and clear, and readers will find themselves swept along on his journey.

One narrative strand details van Es’s efforts — through interviews with Lien and others, examination of her letters and photos, archival research and forays to key places — to piece together her experiences. A second strand is that reconstruction itself, in the third person but from Lien’s perspective: A seamless, if necessarily imperfect, blend of her recollections and other sources. “Her memories,” van Es confesses at one point, “are not as clear as I have made them.” The memoir form can sometimes paper over evidentiary gaps.

The somewhat awkward title — “The Cut Out Girl” — evokes Lien’s excision from Dutch society, her feelings of isolation and her eventual estrangement from the van Esses. The author situates Lien’s misadventures within the turbulent political landscape of the Netherlands, where currents of courage and resistance flowed alongside cowardice, collaboration and anti-Semitism. (In the end, only about a quarter of the Jewish population of 140,000 survived the Holocaust.) Amid economic boom and bust, van Es suggests, the traumas of the 1940s rippled through the country for generations.

Unlike the Franks, Lien’s (minimally observant) Jewish family, living in The Hague, was native to the Netherlands. After the Nazis invaded, in May 1940, and government restrictions on Jews tightened, her parents, in a profound act of love, relinquished her care to a non-Jewish family. They left Lien with the hope of an eventual reunion, but also begged the van Es family, in nearby Dordrecht, to treat her like a daughter.

For all Lien’s sadness, her integration into her foster family (which already included three other children) went smoothly. She bonded with a brother, Kees, who taught her to catch tadpoles. Ma van Es was kind and loving, Pa van Es stern but principled (or so it seemed). The household was orderly, food abundant, school a refuge. The van Esses were politically committed members of the Social Democratic Workers’ Party. “We were not brave,” the author’s grandmother later tells him, “but you had no choice if somebody turned up at your door.”

After a police visit, it became too dangerous for Lien to remain, so the Heromas, her Resistance guardians, spirited her away. Shuffled from house to house, the young girl grew emotionally numb, never daring to bond with her rescuers.

Another extended stay, with the van Laar family in the town of Bennekom, proved deeply problematic. Mrs. van Laar treated Lien like a housemaid and criticized her incessantly. Lien responded with anger, improvident under the circumstances. But greater danger issued from the extended family: Isolated and vulnerable, the 11-year-old was raped repeatedly by Mr. van Laar’s brother, Uncle Evert — incidents that would haunt her into adulthood.

Lien’s parents, along with most of her relatives, were murdered at Auschwitz. After the war, she asked the Heromas if she could return to the van Es family. With burdens of their own, the family refused at first, then relented. Lien’s reappearance, including the revelation of her past sexual trauma, rippled through the household in unpredictable, even shocking ways. In the end, with mutual frustrations mounting for years, a relatively trivial incident — seemingly a simple misunderstanding — sufficed to sever the familial bond.

Lien, it turns out, is both fragile and strong, a survivor nevertheless severely damaged by her wartime ordeals. Her story emblematizes recent scholarship emphasizing the complexity of relations between Holocaust rescuers and the rescued, casting the rescuers, in some cases, in a less than heroic light. It also catalyzes the author to re-evaluate his own frayed relationships, particularly with his rebellious stepdaughter, Josie.

For her interrupted life, Lien later paid a price — in a failed marriage to a kind but rigid Sephardic Jew (a onetime classmate of Anne Frank’s) and in years consumed by anxiety. With three children, she felt for a time “like a cut out picture of a perfect wife in a magazine.” Eventually, she divorced, obtained meaningful employment as a social worker and found new love. And, in Bart van Es, she gained a friend, a means of telling her story — and, finally, a nephew.

Another Hidden Jewish Girl — But Not Anne Frank