Meet The Radical Nurse Who Joined The Spanish Civil War 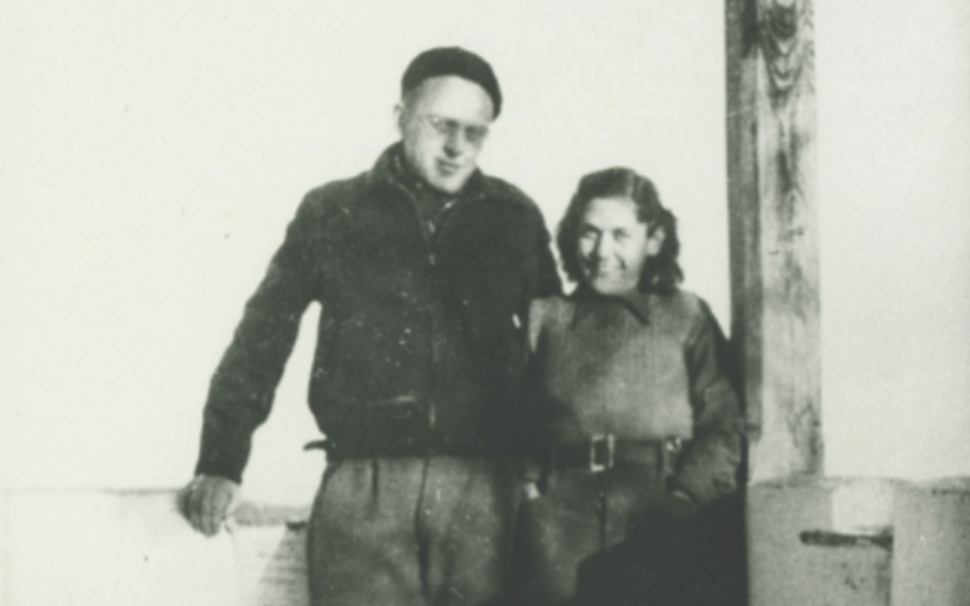 In the summer of 1936, when Ruth Rebecca Davidow was 25, American newspapers began to report political chaos in Spain: General Francisco Franco had launched a coup against the democratically-elected Spanish Republic with support from Nazi Germany and fascist Italy.

Less than a year later, Davidow, a working-class Jewish nurse, set sail for Spain to join the American volunteer force, the Abraham Lincoln Brigade. She was one of over 30 young Jewish American women who risked their lives to serve as nurses in the Spanish Civil War.

Born in Russia in 1911 and raised in Brooklyn, Davidow inherited the radical politics of her socialist mother, who, after fleeing Tsarist Russia in 1917, threw herself and her family into the vibrant Jewish leftist scene of Brooklyn and the Lower East Side. A seamstress and leader in the International Ladies Garment Workers Union, she schlepped her daughter to rallies and sold the Communist newspaper The Daily Worker door-to-door.

Davidow dreamed of becoming a lawyer, but had to leave school as a teenager when her father was diagnosed with tuberculosis. To support her family, she enrolled in nursing school at the Brooklyn Jewish Hospital, which, along with Beth Israel, trained many of the Jewish nurses who served in Spain.

For Davidow, the experience of nursing proved just as radicalizing as her days with her mother on the picket line. She ran health programs for Brooklyn’s poor and was active in the hospital’s unionization. In a 1989 interview with filmmaker Petra Lataster-Czisch, she said that it was during her nursing training that she “truly began to learn how important it is to engage in politics.”

“I felt part of a long chain of what happens every day,” she said. “One needs this background, this feeling of being connected to somebody.”

By early 1937, the fascists’ brutal bombings of Spanish civilians had caught American attention, yet the Roosevelt administration remained isolationist, motivated by fears of rising communism and a strategy of appeasement towards Nazi Germany. The State Department prohibited travel to Spain, and Roosevelt placed an arms embargo on the country. In response, independent political organizing blossomed across New York City.

Despite her political radicalism, Davidow told Lataster-Czisch that she at first “did not comprehend that the events in Germany and Italy were connected.” Only after Davidow began to engage in debates at groups like the Committee to Help the Spanish Republic did she see that the events in Spain, Italy and Germany made up a greater conflict, with implications for her as a Jew, socialist and nurse.

She applied to the Lincoln Brigade, and, in June, 1937, set sail for Spain. The U.S. government, maintaining its travel ban, had threatened to confiscate the passports of Americans attempting travel to Spain. Volunteers disguised themselves as students and made roundabout journeys through France.

Davidow and her peers worked in excavated caves, abandoned factories, tunnels and converted churches. They endured shortages of food, water and electricity. Many suffered from malnutrition; some contracted diseases like malaria and pneumonia; others were wounded by gunfire. In his book “The Signal Was Spain: The Aid Spain Movement in Britain, 1936-1939,” historian Jim Fyrth chronicles how American nursing volunteers helped develop innovative military medicine procedures, including techniques to reduce gangrene infections that would save lives in World War II.

Davidow felt at home in the medical volunteer force, which was approximately 70% Jewish, and often used Yiddish as a common language.

Franco defeated the Spanish Republic, but Davidow was undeterred. She, like many of her fellow nurses, went on to a lifelong career of activism, organizing in Havana with the Public Health Organization from 1960-61, traveling to Mississippi to aid the Freedom Riders in 1965, joining the Native American occupation of Alcatraz from 1969-71 and founding a health clinic in the San Francisco’s Haight-Ashbury district to provide support to drug addicts in the 1980s. She died in 1999 at the age of 87.

Meet The Radical Nurse Who Joined The Spanish Civil War