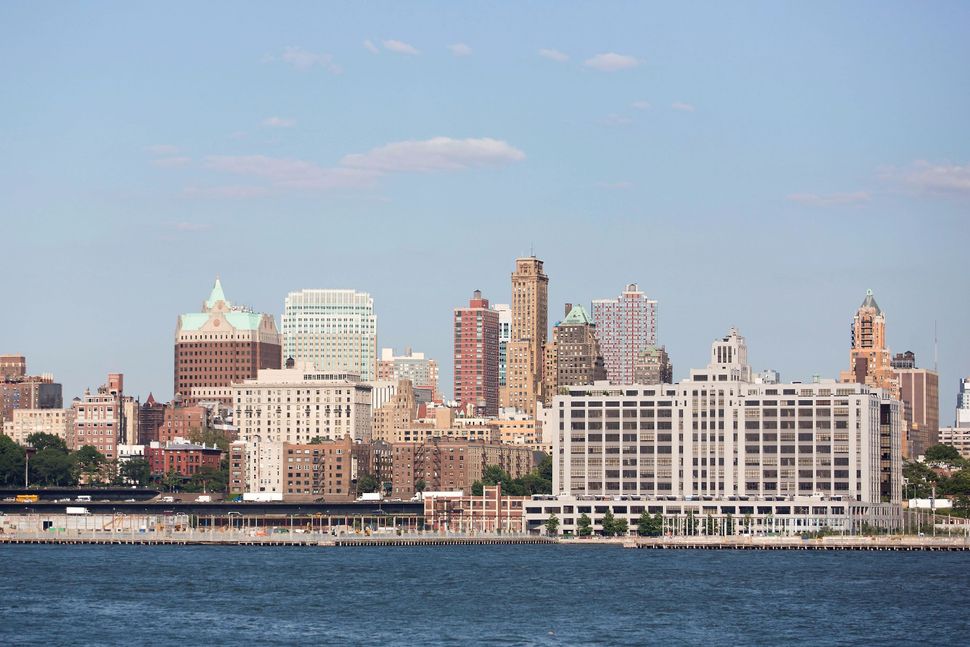 Though he’s lived since 1997 on the Left Coast where he’s worked as a television writer for shows like “Big Love” and “Arli$$,” Greenland was born in New York City and grew up in Westchester. Like any native New Yorker, he has a lot to say about gentrification.

“It’s really changed,” Greenland said of downtown Brooklyn, where he’s staying for this leg of the book tour, “not that that’s a bad thing.”

Jay Gladstone, the real estate mogul protagonist of his newest work is hoping to alter the Brooklyn skyline. By leveling a public library, he plans to blight the borough with a skyscraper called “the Sapphire” — until his life goes into free fall.

“I wanted to write about a Jewish New York real estate family,” Greenland said. And no, not the Kushners, just recently of outsized relevance. The Dursts, Zeckendorfs, LeFraks and Tisches. Greenland began working on the book around seven years ago with these dynasties in mind when a scandal changed the novel’s course. In 2014, Donald Sterling, then-owner of the LA Clippers, was caught on tape making racist remarks to his mistress.

“I thought ‘what if my guy owns an NBA team?’ A lot of these real estate guys, Steve Tisch for example, the Tisch family owns the Giants,” Greenland said. “I thought put my guy in the world of professional sports. There are a lot of black people in professional sports. I can create a very compelling racial dynamic with this guy.”

The racial dynamics for Jay Gladstone, a middle-aged white owner of a mostly-black team form the crux of the novel, which is set during the days leading up to Obama’s reelection. Greenland proves to be a maestro of channeling different — and not so different — ideologies in the voices of his characters. Without editorializing, he presents a broad and funnily foibled political spectrum that reads differently depending on your own views.

Gladstone’s semi-archaic attitudes are presented in the book’s first pages when he encounters three black teens, one of whom calls him “Jewstone,” at Sanitary Solutions Arena, his team’s home court in New Jersey. In an internal monologue, Gladstone objects to the teens’ flip use of the N-word, but appears more distressed that as a white man, he can no longer voice this opinion. Of course, as a well-meaning liberal, Gladstone also self-flagellates for being startled by the teenagers to begin with.

Like Macbeth’s witches, this trio presage trouble for our hero. Gladstone soon runs afoul of a vicious press, an imam and the striving Westchester County DA Christine Lupo, after an accident involving his team’s star player, D’Angelo (Dag) Maxwell, who is black. In the prelude to the mishap, Jay is caught on video making a racially-charged comment a la Sterling. Unlike Sterling some sympathy can be had for Gladstone when the full context is accounted for – I hesitate to give it away here, but let’s just say it involves love and basketball. 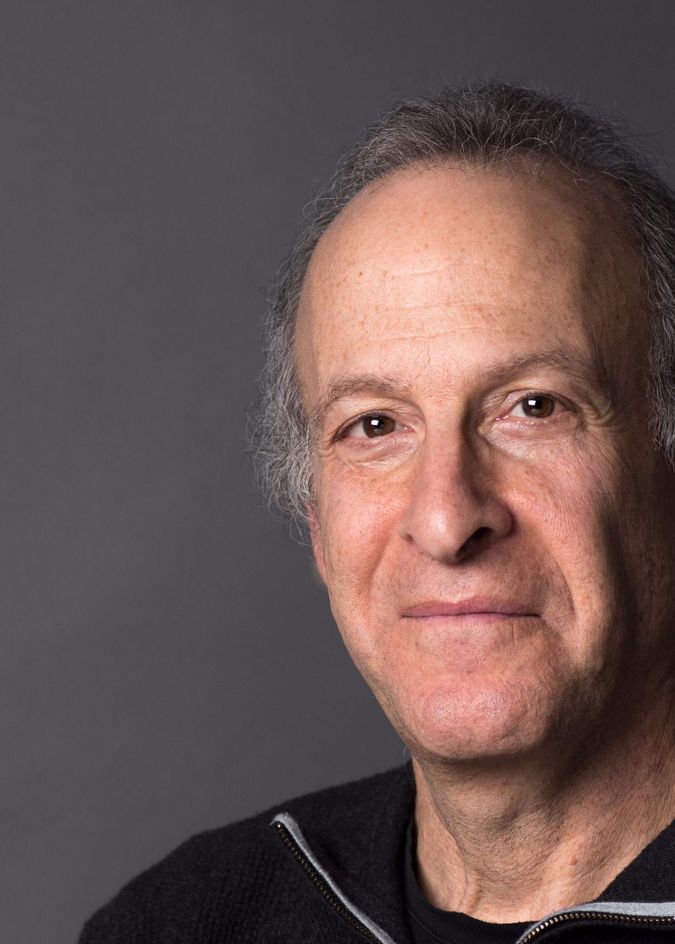 Seth Greenland, the author of “The Hazards of Good Fortune” Image by Credit: Barbara Katz

Greenland is 6’2”, though his own basketball days are behind him (he had an Achilles tendon injury in his forties), with combed back, silvering hair that coils in a loose collection at the back of his neck and a warm, radio-ready voice he made use of when he hosted the “Los Angeles Review of Books Radio Hour.” As his stint with that outfit suggests, he’s a lifelong lover of fiction – a recovering English major thrown off course by the “seduction” of film – and speaks freely about his “amalgam of influences” from Dickens to Camus, though there’s one that’s a bit of a sore subject.

Parallels to Tom Wolfe’s New York racial epic, “The Bonfire of the Vanities” and his manifesto calling for the great “social novel” are pervasive in early reviews, a comparison Greenland finds facile.

“It’s a wealthy milieu and it’s New York and there’s a car accident. But it’s very Jewish,” Greenland said. “Jay experiences his tragic circumstances not just as a man, but as a Jewish man.” Wolfe of course is among the WASPiest of 20th century writers (see: his signature white suits) and Greenland finds someone like Philip Roth to be more of a kindred spirit.

The novel’s title betrays another influence, William Dean Howells, who wrote the 19th century novel “The Hazards of New Fortunes,” about a young businessman seeking his fortune in New York City amid a swirl of labor strikes. When the “New” of the first book gives way to “Good” the narrative shifts to a group that find their good standing in society slipping away in the face of infidelity, financial crime and, in Jay’s case, the odd t-shirt projectile to the face.

Greenland doesn’t miss the grind of the TV writer’s room much, as it was always his ambition to be a novelist. Still, it doesn’t hurt to have a friend like Larry David, an early New York City collaborator of his, blurb your book.