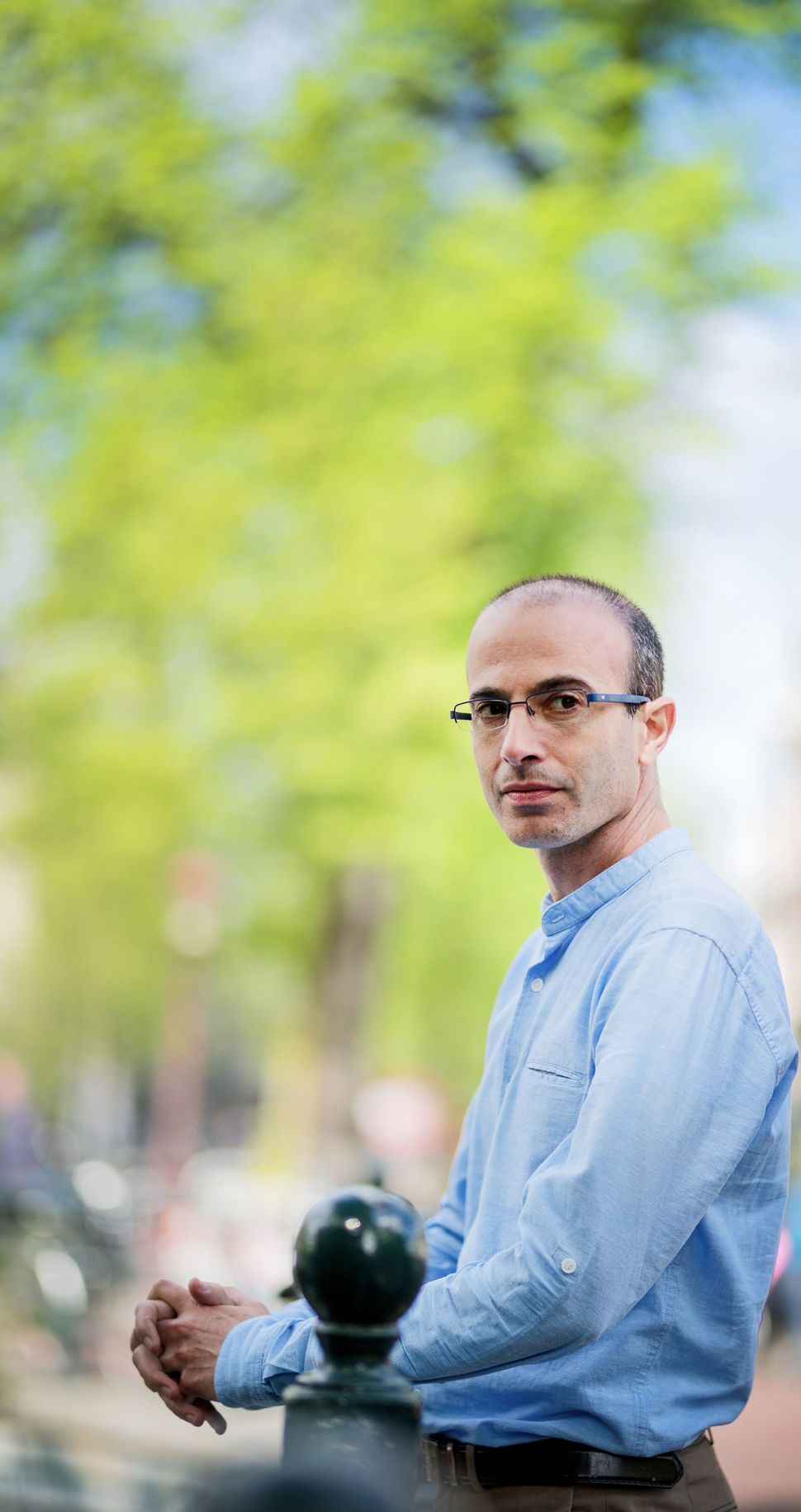 Yuval Noah Harari is concerned about our bad decisions. Whereas the Oxford-educated Israeli historian and academic’s past work examined the far-flung past and the way-off future, his third book, “21 Lessons for the 21st Century” (Spiegel & Grau), brings his insights to the here-and-now into a call to action. Harari believes that unless we heed the threats of global warming and corporate and state manipulation, this most bountiful of ages could collapse into something unrecognizable. Thankfully, he has some suggestions for how to confront all these looming dangers, up to and including the Fitbit that may someday become a permanent part of your arm. PJ Grisar spoke with Harari for the Forward. 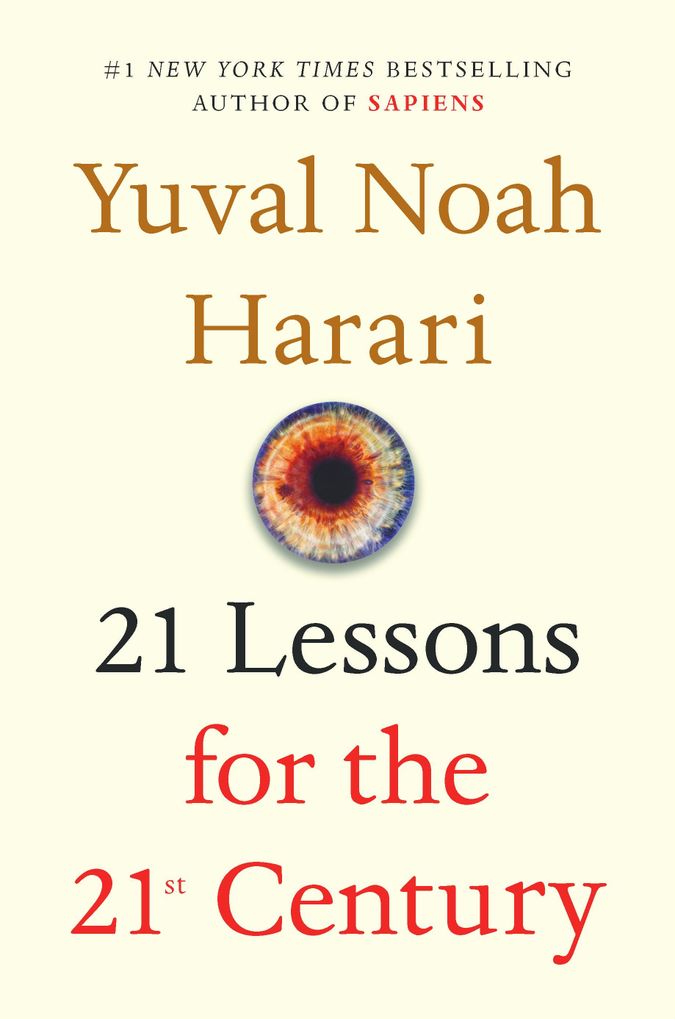 PJ GRISAR: You describe this book as having been written “in conversation with the public.” What was your process in forming it?

YUVAL NOAH HARARI: It formed over a period of two or three years after the publication of my two previous books, “Sapiens” and “Homo Deus.” Both of the previous books were not about the present political and social issues. [But] for many people — perhaps even most people — the most immediate question is “What do we do now?” And the idea behind the book was to take the insights from the two previous books from looking at the past and the future to tell something about the present from a long-term perspective.

Do you see it as part of your job as a historian to influence policy?

I think the job of historians is ultimately to influence the behavior and thinking of people in the present. You don’t study the past for the sake of people in the past; they’re all dead. Of course, you need to keep your distance. The main thing that historians can bring to the political discussion is perspective.

It’s so easy to get in the weeds of what’s going on now. To us, things seem unprecedented, and having a book like yours that can identify parallels and track the broader trends is certainly useful.

Yeah, when everybody was talking about the rise of nationalism in Europe and Brexit and the rise of the Popular Front in France and so forth, as a historian, the thing that caught my attention is how peaceful it all is compared to the previous waves of nationalism in Europe. A century ago people were killing each other by the millions in Europe over the nationalist question, and now, you just have a referendum. With Brexit, only one person was killed. In the Scottish referendum, nobody was killed. So yes, nationalism is on the rise but, it’s interesting that nobody’s willing to be killed or kill for it.

If we’re exiting the internet age, what might another generation, looking back, call the age we’re entering?

I don’t know how they will call it, but I would say that the most important development of our era is the rising ability to hack human beings. We need to come to terms with the fact that we are now hackable animals. That when you put together biotech and infotech, what you get is the ability to understand people better than they understand themselves. And that gives you the ability not just to predict their choices, but increasingly to manipulate them and to control them. And this is something that we’ve been given just a very small foretaste of with the Cambridge Analytica scandal and the increasing power of Facebook and Amazon and these tech giants.

And this is really just the tip of the iceberg, because so far all of these abilities have been based mainly on things that are external to the human body. We haven’t yet seen the immense power of the combination of infotech with biotech. But once you link it, and it will happen in the next decade or two, once this is linked to biometric data — to the Fitbit on your wrist, which tells Amazon your blood pressure every hour of the day — this will be the big watershed. Because this will make people hackable. What will be the consequences, it’s impossible to predict, because it really depends on our decisions. Technology can be used in many different ways. It can be used for wonderful things, like to give you the best health care in history, and it can be used to create creepy digital dictatorships that George Orwell’s visions will pale in comparison to such a situation.

Another part of the book concerns how we can enter into the rest of this century with humility. Part of what you use as an example is Zionist history and Jewish history and how little they factor into the larger human story. Were you nervous to make that assertion and about how it would be received at home?

No, I think it’s a very important message. In a way it was always true. A thousand years ago also the Jewish people were not the center of history. People in China or in America cared very little about Judaism. But the message is more important now than ever before, because we now have a set of global problems that can only be solved through global cooperation. Our three biggest problems are nuclear war, climate change and technological disruption, and you need cooperation to solve each and every one of them.

And it’s not just Israelis, it’s not just Jews — it’s everybody. The Russians think that Russia is at the center of history, and the Chinese think that about China, and the Americans think that about America. As long as your basic worldview is that “my people are the most important in the world, and so my interests are also the most important in the world,” you will not be able to have good cooperation with other people. So the first step towards good cooperation is this basic humility that “hey, we are just one small people and there are hundreds like us in the world. We are not the center of history. And if we want to protect ourselves from the dangers that now emerge, we need to cooperate with others. We can’t do it ourselves.”

Threaded throughout this book is a call to deal with the anxieties of a changing world by examining our inner one. You say that meditation is the way you root yourself in your sensations to better understand your mind. Could it be a way to combat the algorithm that will plan our life and push our emotional buttons?

I don’t present meditation as the silver bullet that will solve all the problems in the world. Especially because I meditate myself, I know how difficult the practice is and I have no illusions that 8 billion people are going to start meditating tomorrow morning. And even if they do, many of them will distort what they find, in all kinds of very weird ways. It’s not the answer to all our problems. I do think that it’s more important than ever for people to get to know themselves, because now they have competition.

This idea of “know thyself” is as old as philosophy and it’s been preached for thousands of years. But in the age of Socrates and Confucius, you didn’t have competition. If you neglected to know yourself, nobody else could do it. But now as we speak, Amazon and the government and the Chinese Communist Party are all trying to hack you. And if they get to know you better than you know yourself, it’s very easy to manipulate you. So it’s urgent. There are hundreds of different meditation techniques: Some people go to therapy, some may even use sports or art as a better way to really understand who they are. But I would say whatever your practice, do it now, because you don’t have much time left.

What about today’s world is encouraging to you and promising for the future?

I think that we are still living in the best time ever for humanity. Things have taken a negative momentum in the last few years, but we are still living in the most prosperous and peaceful time in history. We should be far more grateful for the achievements of the last few generations in overcoming famine and overcoming plague and in bringing violence under control. And I think if we were a bit more grateful, maybe we would be less susceptible to these people who say, “The system doesn’t work and we should destroy everything and start anew,” and maybe we’ll make a greater effort to protect these achievements.