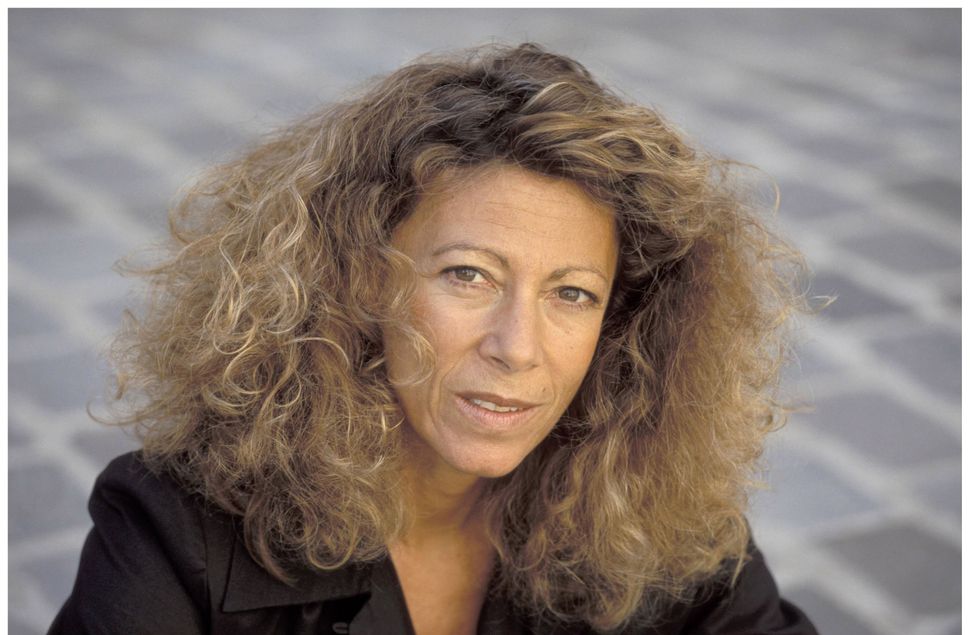 On May 4 of this year, Barbara Cassin, a French Jewish philologist and philosopher born in 1947, was elected to the Académie française. Of over 720 members of the French Academy since the 1600s, Cassin is only the second Jewish woman, after the government minister and Auschwitz survivor Simone Veil (1927-2017). A third academician, historian Jacqueline de Romilly (1913-2010), had a Jewish father but was baptised in 1940, and later converted to Catholicism. Barbara Cassin is a distant cousin of the French Jewish humanitarian René Cassin (1887–1976) who won the Nobel Peace Prize in 1968 for drafting the Universal Declaration of Human Rights. Her books include “Dictionary of Untranslatables”; “Google Me: One-Click Democracy” and “Nostalgia: When Are We Ever at Home?”, about what words can do, the information age and feelings of belonging and otherness, respectively. Also a specialist in the philosophy of Hannah Arendt and Martin Heidegger, as well as the psychiatric theories of Jacques Lacan, Cassin spoke recently with The Forward’s Benjamin Ivry from her home in Corsica about her philosophical trajectory.

The Forward: You have mentioned that the French philosopher Jean-François Lyotard once told you that you took an interest in ancient Greek philosophy as a way to avoid becoming interested in Jewish studies. Did he mean that if a Jewish intellectual studies anything other than Judaism per se, that is somehow a sign of evasion, or something to feel guilty about?

Barbara Cassin: [Lyotard and I] were very friendly and I don’t think it was a criticism, but a diagnostic. He saw I was a specialist, in part, of ancient philosophy. Had I been directly interested in Jewish philosophy, that would have been a direct way of opposing [the German philosopher and Nazi collaborator Martin] Heidegger, whereas I chose instead to be indirectly opposed to him. Jean-François Lyotard married a Jewish woman and was himself very interested in Jewish studies. He wrote the book “Heidegger and the Jews.”

In 1968, you went to see your illustrious cousin René Cassin to get career suggestions, and you later recalled that he “clearly didn’t manage to take seriously the projects of a little chick like myself.” Was this champion of human rights a little less engaged with women’s rights in particular, or did he just reflect the machismo or misogyny of his era?

That was my only contact with [René Cassin]. I found it very funny the way he received me. There was lots of irony there. He told me I was daughter of [his cousin] Pierre who was the only family member who had never asked him for anything, so what did I want? I replied, “Nothing, only some advice.” He advised me to see a colleague of his who was very right-wing for possible employment, and I said, “Absolutely not him.” So he told me I would surely become a secretary. It was funny and also a bit malicious. 1968 was a difficult year for him, as a supporter of Charles de Gaulle, so I think the reason for [the way I was received] was more political than macho.

You have written about the untranslateable; what about the translation of names? The name of the Jewish philosopher Emmanuel Levinas is sometimes seen spelled as Lévinas with an acute accent. His family name was spelled Levyne in Lithuania. Apparently his descendants do not take a definitive view of the way the name should be spelled. What can be done with the uncertainty of this cultural transposition involving an important Jewish philosopher?

I don’t call that untranslatable. It’s a proper name that is transcribed in different ways. Why shouldn’t names be spelled differently in different places? Your question makes me think of my father, who during the Second World War [in Nazi Occupied France] had the name on his identity card changed to avoid the name Cassin, which was known to be Jewish. He changed his name on his documents to Gassino, which sounded more typically French, so if there was a check of papers, he would not be taken as a Jew by the authorities.

In 1969 you attended a seminar at the home of the poet and French Resistance hero René Char in southeastern France, where Martin Heidegger was a guest. In a photo of you and Heidegger, the German philosopher seems delighted to see you and speak to you. Did he like hearing young ideas, or was he just a lecherous old man? Did he know your family is Jewish and not care, or was he attracted by that fact?

I don’t know. Maybe all of that was true at once. Now that I look at the photo, I can imagine that. At the time, I didn’t think that. At the time, if there was someone I could have fallen in love with, it was Char and not Heidegger, and that indeed was the case.

During the same seminar, a man stopped you at the post office and reproached you for being named Cassin — being a Jew — but eating breakfast with the Nazi Heidegger anyway. Then he spit at you. Who was this man? He didn’t spit at Heidegger or Char, who were rather solidly built, but at a young woman.

Neither Char nor Heidegger were Jews. It must have been a Jew who had survived a concentration camp. That’s what I imagine. He was old. Char was a great protector. We all knew Heidegger had a Nazi past, but thought it was not more than others. [His posthumously published anti-Semitic] “Black Notebooks” were a shock.

You have said about the German Jewish philosopher Hannah Arendt, “I don’t know if she is a “Jewish thinker,” but I know that the State of Israel would benefit from reading her works.” Some Israelis have certainly read Arendt, but what do you feel that the nation of Israel could learn from her?

They might understand the astonishment of Arendt upon seeing a Jewish nation build itself around religion. The Jewish state could be concerned about the way they treat the Palestinians. There are of course many Israelis who feel this way, but not all, and not those in government. I don’t know what Arendt would say or write about what has happened in Israel in recent years.

Yes. I don’t know the Goncourt Academy, it may be amusing, but it is very exclusive and “in.” The Académie française is very real and concrete in its way of dealing with the world.