From Phyllis Chesler, A Politically Incorrect Memoir Laden With Gossip And TMI 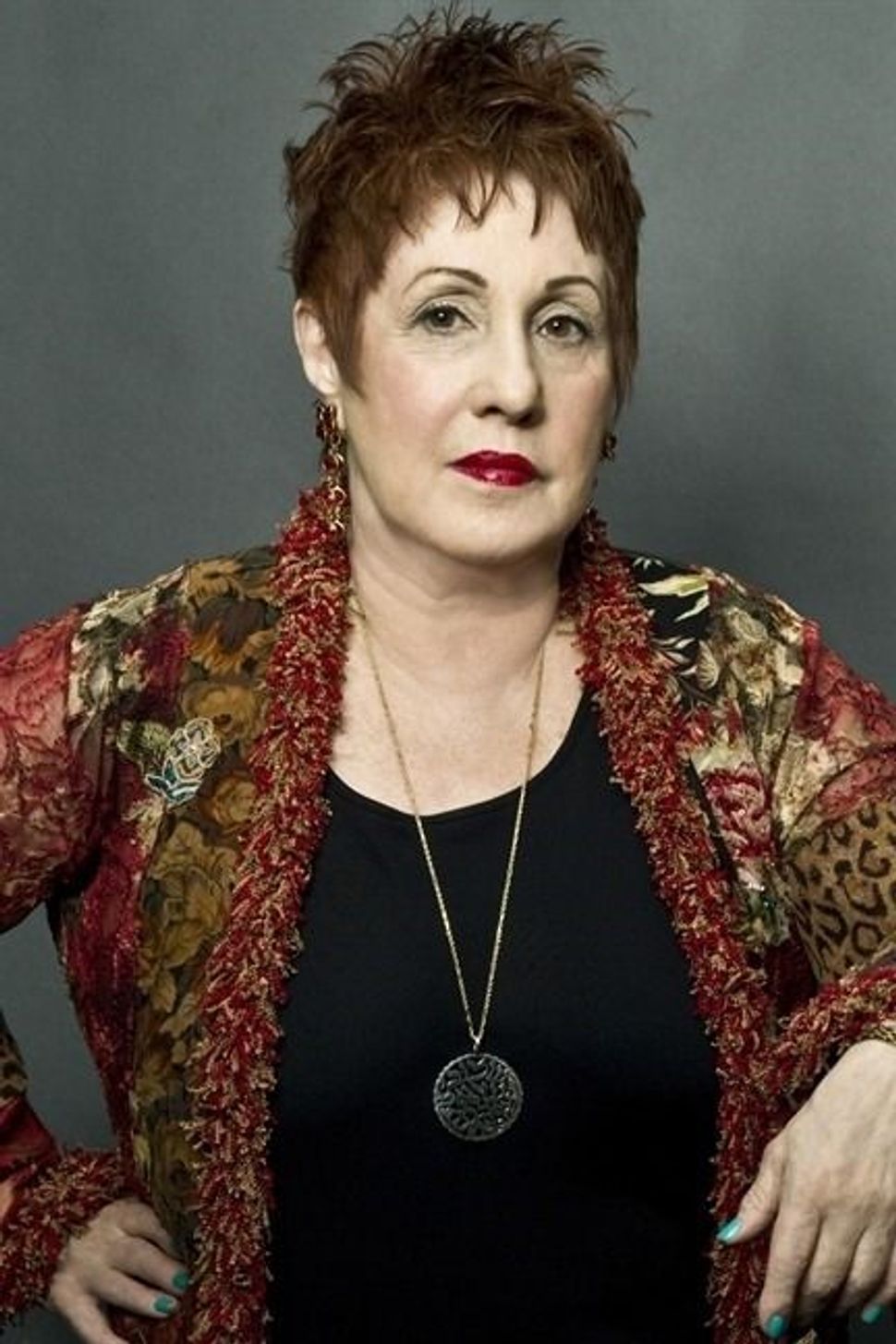 Women of a certain age will remember Phyllis Chesler’s landmark book, “Women and Madness.” Her 1972 examination of how psychiatry failed women has never been out of print, as she notes in her new memoir, “A Politically Incorrect Feminist.”

The 77-year-old emerita professor of psychology and women’s studies at the City University of New York has written on an impressive range of topics, including motherhood, patriarchy, religious feminism and women’s relationships to power, money and one another. Her 2013 memoir “An American Bride in Kabul” won a National Jewish Book Award for its riveting account of how Chesler’s marriage to an Afghan man became a nightmare of imprisonment and abuse.

Now, Chesler has focused her penchant for airing hard truths at the founders of second-wave feminism. The result is a score-settling, self-congratulatory, idiosyncratic and meandering memoir, alternately fascinating and irritating, filled with lacunae and laden with TMI.

“This memoir isn’t a history of second-wave feminism; it’s not even a history of my most important feminist ideas and campaigns,” Chesler writes. “This is the story of how a daughter of working-poor immigrants came into her own and helped illuminate the path for others.”

But if inspiration was the goal, “A Politically Incorrect Feminist,” scattershot and angry, misses the mark. Far from inciting progressive action, its tales of sisterly betrayal will make anyone contemplating a revolution, feminist or otherwise, flinch at the costs involved. Chesler’s acid-tinged portraits of her fellow revolutionaries underscore the cliché that women can be their own worst enemies. “Attacks on talented women would haunt our movement,” she writes, without a trace of irony.

Chesler may be an unreliable narrator — it’s hard to know — but for those of us who’ve lived through the era, her gossipy tales have an undeniable appeal. I’m lucky enough to have interviewed many of the icons praised and skewered by Chesler, including Betty Friedan (“a rare harridan constantly raging at everyone”), Kate Millett (“a mad genius”), Gloria Steinem (“a tireless networker” and “so damn likeable”) and Erica Jong (“yearned for fame as if it were the Muse itself”). This was my revolution — the formative event of my formative years. In my 20s, I wrote for Ms. magazine and helped Barbara Seaman research her 1987 biography of Jacqueline Susann, “Lovely Me.”

Chesler calls Seaman, who made her name with “The Doctors’ Case Against the Pill” (1969), “the most generous and least envious feminist I knew.” Not a high bar, it seems: Chesler says she was “stunned, blindsided” by what she calls “incomprehensibly vicious behavior among feminist leaders,” including bullying and petty jealousies.

Chesler characterizes Friedan, whose 1963 book “The Feminine Mystique” helped launch second-wave feminism, as “cantankerous, abusive, abrasive, outrageously demanding — and an out-of-control drunk.” She portrays the anti-pornography activist Andrea Dworkin, her longtime friend, as “a demanding, domineering figure… who was shy and insecure” and who “knew whom to badmouth (practically everyone).”

The brilliant Millett (“Sexual Politics”) was in and out of mental hospitals, she writes, and pursued Chesler with such aggressiveness that she “arrested my bisexual evolution by a decade.” The apparently irresistible memoirist reports similar problems with the lesbian activist Jill Johnston, against whom she barred her bedroom door.

Chesler does her own credibility no favors by lambasting an unnamed friend who declined to review her 1976 book “Women, Money and Power” for The New York Times because of their connection. Such ethical fastidiousness, Chesler insists, rarely impeded literary men. “Ah, friends,” she sighs.

But the most embittering incident she recounts was her colleagues’ reactions to a rape and campaign of sexual harassment she says was directed against her by a U.N. undersecretary general from Sierra Leone, Davidson Nicol. Nicol, who died in 1994, was a married diplomat and physician who had hired her to organize an international feminist conference under United Nations auspices in Oslo, Norway.

Just past midnight on Christmas, in 1979, Chesler writes, an inebriated Nicol came to her New York apartment, “declared his love” and, “despite my most ferocious efforts,” raped her, with her babysitter and infant son a room away. She says he molested the babysitter as well. And when Chesler subsequently refused to become his lover, he created a hostile work environment in New York and Oslo.

With the backing of African feminists, she says, Chesler planned on confronting Nicol, but Robin Morgan (editor of the 1970 anthology “Sisterhood Is Powerful”) talked her out of it. Worse, Morgan “spent more and more time with my rapist.” Usurping Chesler’s role, Morgan edited and wrote a foreword to the Oslo conference proceedings and later tapped some of its participants for her 1984 anthology, “Sisterhood Is Global.” At home, Chesler says, her old friends at Ms. froze her out.

The failure of her fellow feminists to support her was more traumatic than the rape itself, Chesler writes. At Chesler’s urging, Gloria Steinem hosted a feminist tribunal to resolve the clash, but Chesler says that little action resulted. Steinem and Morgan sacrificed her, she charges, “to defend their brand of feminism and their control of international feminist networks.”

One problem with “A Politically Incorrect Feminist” is that Chesler isn’t entirely sure which story she wants to tell — her own or the movement’s, which intersect but are not quite the same.

In the first chapter, she describes a family we would call dysfunctional: a cold and critical mother, a father who “flew into violent rages and beat me with a belt or a fist.” Chesler grew up “an outlaw, an individualist, a loner.” Over the years, she endured “routine, normalized sexual harassment and marital rape, and subsequently rape by a series of boyfriends who could not make commitments, lied to me about being unmarried, were overly possessive, or were sadistic women haters.”

Though her disastrous first marriage was foundational to her feminist outlook, Chesler skips quickly through it because she wrote about it in “An American Bride in Kabul.” She describes her second husband as an Israeli “pretty boy” who was incompetent at earning a living and disinclined to shoulder his share of child care. After she complained to his mother, “[h]is rage and vow of vengeance took my breath away.” Once they divorced, he essentially abandoned their son, causing “torment” and “inconvenience.”

The book’s most frustrating omission involves Chesler’s transformation from a committed (if prone-to-poor-choices) heterosexual to a woman with same-sex proclivities. We learn virtually nothing about either her changing preferences or her female partners, apart from their reluctance to co-parent with her. “Until my mid-40s, I lived with men,” she writes. “Then… I consciously chose to live only with women. Perhaps, one day, I will write about sexuality and identity, eros and motherhood. This is not such a book.” Perhaps it should have been.

From Phyllis Chesler, A Politically Incorrect Memoir Laden With Gossip And TMI