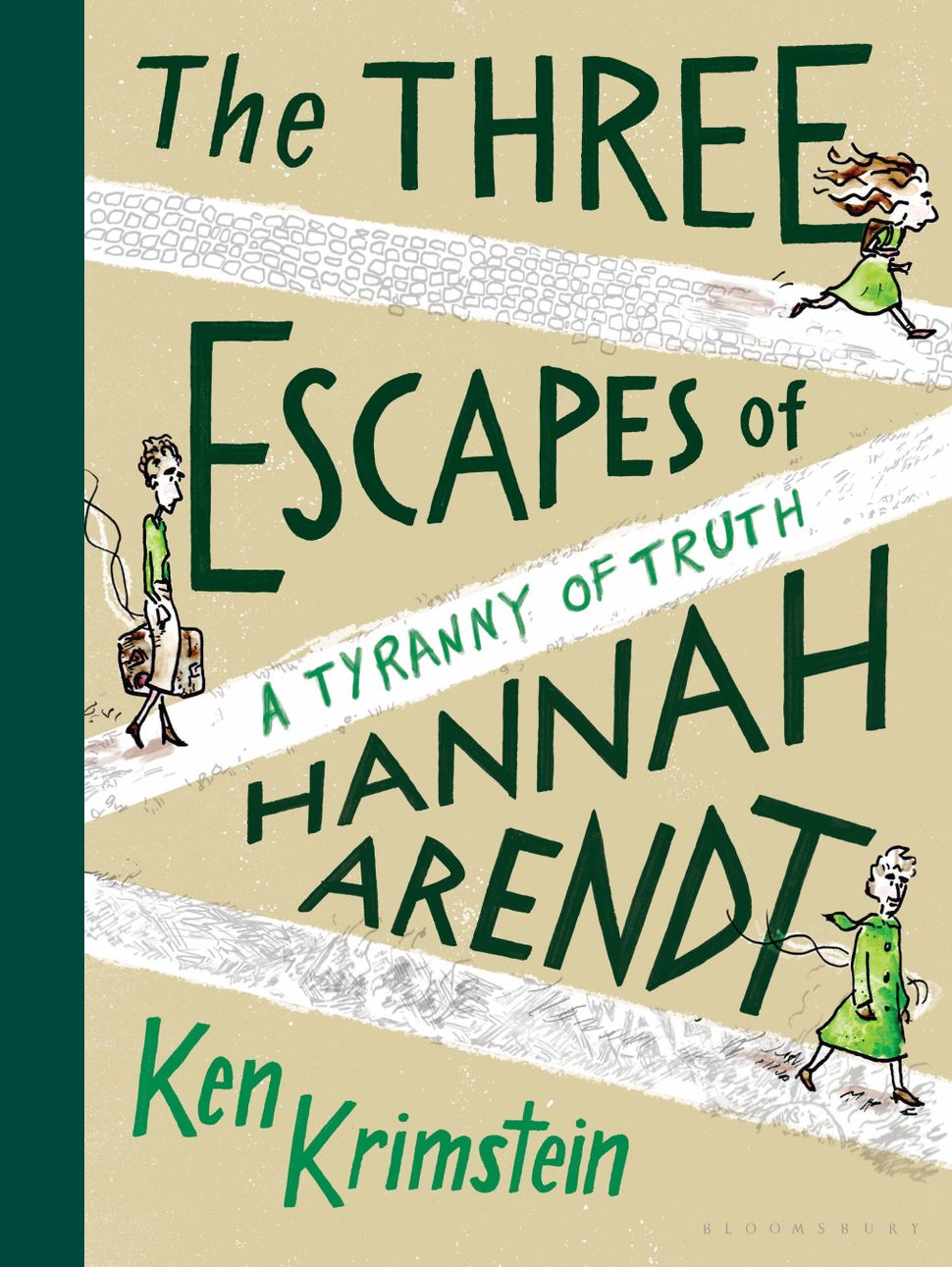 In “The Three Escapes of Hannah Arendt, a Tyranny of Truth,” a graphic biography, Ken Krimstein, a New Yorker cartoonist who teaches at DePaul University and the School of the Art Institute of Chicago, depicts Arendt in a way no other book has — bringing her passion and physicality to life using the medium of comics to distill Arendt’s dense writings to their essence and to make us feel the passion of her thinking.

For Krimstein, a comic turned out to be the perfect way to tell Arendt’s story. In contrast to the impersonal fonts and digital photo-edited images we are so used to seeing on our screens, seeing the artist’s hand-drawn words and images makes his book feel intimate, immediate and real.

Krimstein’s book couldn’t have come at more opportune time, with Arendt in the spotlight because of her prescient writing on totalitarianism. Richard J. Bernstein, a professor at The New School, recently released the book “Why Read Hannah Arendt Now?” in which he argues for the relevance of reading Arendt. Promoting her new book “The Death of Truth” in the Guardian, former New York Times critic Michiko Kakutani wrote that Arendt’s words offer a “chilling description of the political and cultural landscape we inhabit today,” with fake news and lies issued daily by Russian trolls and in incessant tweets from the president.

What Krimstein’s book does differently from the books that came before his is to make the reader feel the passion of the mind and the life of Arendt, to see this brilliant philosopher as a flesh-and-blood person, not only by making her experience as a refugee of various escapes visually immediate on the page, but also by portraying her with the wit and emotionality all too easily missed when immersed in her brilliant writing itself. The story is told in the first person, so we experience everything from Arendt’s perspective, and because the comics medium allows us to see her interior thoughts and her physical figure on the page, simultaneously we feel that we know Arendt in a way that we wouldn’t from reading a more formal conventional book. Although sometimes, Arendt’s voice is a tad anachronistic and the word choice not particularly Arendtian (“Despite my love of tragedy in plays, in real life, things really suck”), Krimstein’s choices come across for the most part as charming and wry.

Krimstein’s line drawings — black on cream save for Arendt, who is always wearing dark green — are simple, not highly detailed, offering just enough to show distinctive people’s features, suggesting a speed, fervor and energy that reflects the spirit of Arendt herself. Krimstein deftly depicts the physicality of Arendt’s life: He shows us the adolescent Hannah “emerg[ing] from my cocoon and lying in bed post-coitus with Hans (reading Plato, nonetheless), the same boy that called her ‘Jew.’”