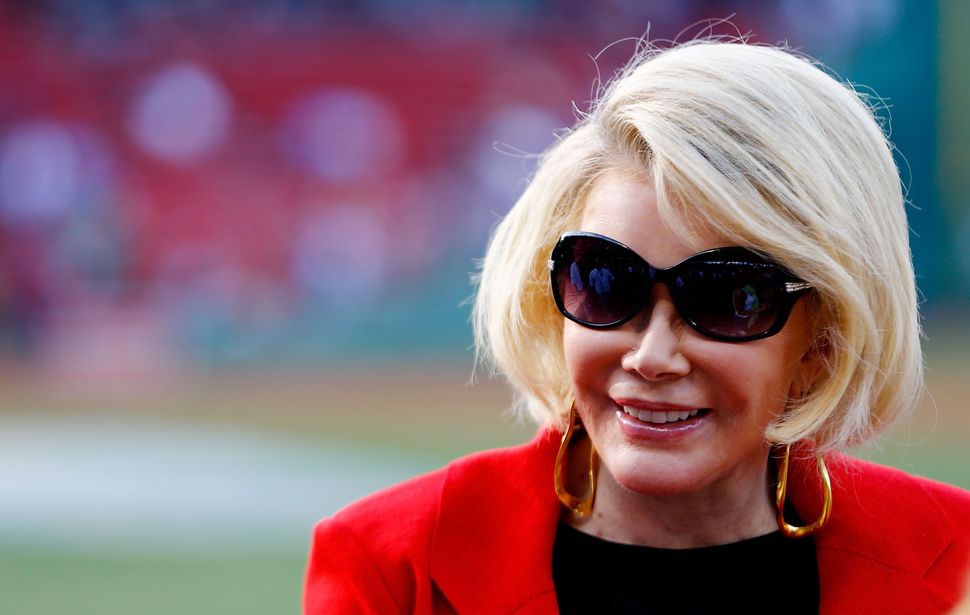 Joan Rivers, known for her sharp tongue and self-deprecating humor, was a female pioneer in the field of American comedy.

Join comedian Judy Gold and Rivers’s niece Caroline Waxler for night full of controversial humor à la Rivers on October 3 at the American Jewish Historical Society in Manhattan. Beginning at 7 p.m., the event will feature highlights of Rivers’s work, reminding us of her breakout moment on Johnny Carson in 1965 and how she used her gift of comedy to challenge gender roles. 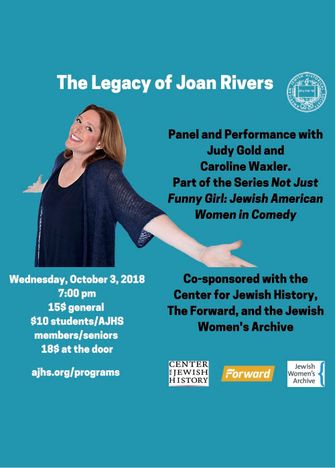 The Forward is proud to partner with AJHS and JWA in the “Not Just ‘Funny Girl’” series at the Center for Jewish History.