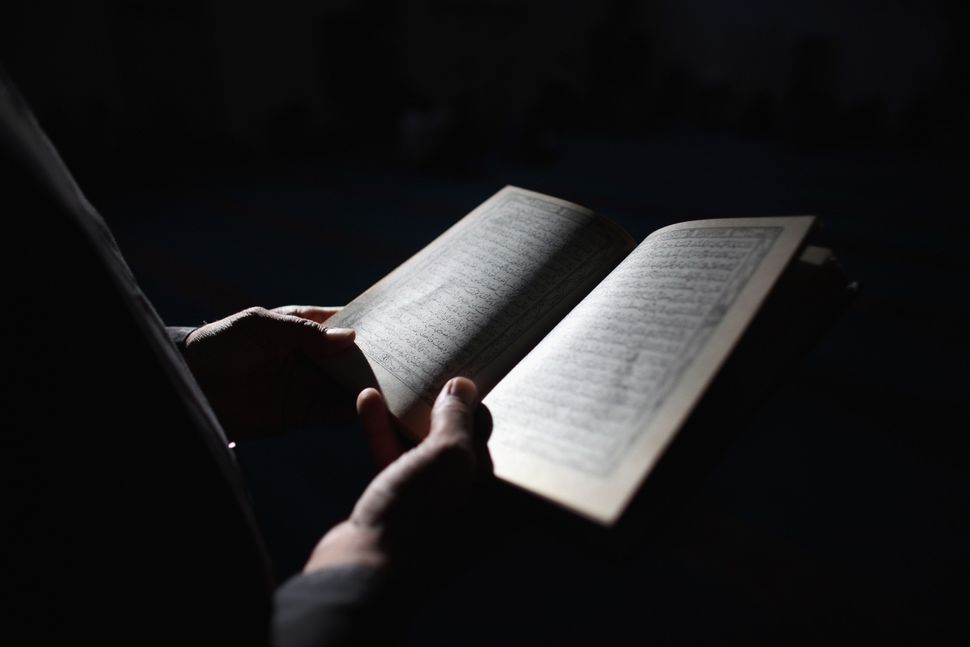 During a recent visit to Paris, I had a remarkable encounter that affirmed my faith in humanity. At a dinner party hosted by dear friends Annie Cohen-Solal and Marc Mézard, my wife and I met two extraordinary octogenarians whom Le Monde calls “les jumeaux de l’Islam,” the twins of Islam.)

Adel Rifaat and Bahgat Elnadi met as young Marxists in Cairo in 1955 and became inseparable during the five years they spent in various prison camps set up by Nasser between 1959 and 1964. In 1966, they were exiled to France and took up studies in Paris, where they solidified their inviolable intellectual partnership by earning a doctorate with a joint dissertation in political science. By that time, they had already published three books together under their nom de plume, Mahmoud Hussein. They have since gone on to write seven more books, working together nearly every day. So wedded are they that when one of them received an offer to work as chief of staff for former UNESCO secretary-general, Amadou Mahtar M’Bow, the condition of acceptance was that the job be split so that both Rifaat and Elnadi could continue to work together.

It is sad that in today’s world one still needs to make the point, especially in the Jewish community, which has its own penchant for Islamophobia. But Adel and Bahgat refute the canard that there are no moderate Muslims around. Let it be stated clearly; they are not Zionists. Over the course of their career, they have fiercely criticized Israel, regarding it as an outpost of imperialism in the Middle East. At the same time, they have engaged in dialogue with Jews and Israelis, including renowned historian Saul Friedlander, with whom they aired their differences and explored possible paths of reconciliation in a 1974 book “Arabs & Israelis: A Dialogue.”

Indeed, dialogue is a central theme in their life work. They seek dialogue among peoples of differing faiths, generations and perspectives. Dialogue also occupies a central place in their main life project of explicating Islam. In “Understanding the Qur’an Today” (sadly, one of the few book of theirs to be published in English), they demonstrate that while Islamic theology holds that God transcends time, the word of God is heard, understood and acted on by human actors within time. This idea sounds familiar. It reminds us of the rabbinic principle that “the Torah speaks in the language of man” (Sifre, Numbers 112), as well as the more recent American idea of “a living Constitution.” In all three cases, the foundational text is not a static, unbending document, but rather one that comes to life through interpretation. In this way, readers of canonical texts render them relevant to their time.

This principle of interpretive dynamism is a saving grace of organized religion, guarding it against a brittle and dangerous fundamentalism against which Mahmoud Hussein takes aim. The two authors recognize that the current era is decidedly not a golden age for Islam. But they refuse to sit idly by and accept the triumph of malevolent forces over enlightenment strains within the tradition. One of their latest books is a withering critique of ISIS in French, “Les Musulmans au défi de Daech” (2016). The burden of their effort there is to reject the path of ISIS by reclaiming those past thinkers who grasped that “the best way to defend Islam was not by keeping it frozen in time, but by reforming it to better reflect the rapidly changing world.”

The Mahmoud Hussein pair seek to recover the humanist strains of Islam that animated it in its most glorious historical moments — and which can help change the world for the better. This brings us to a curious and final irony. Adel Rifaat was born in Cairo in 1938 as Eddy Levy. His younger brother was Benny Levy, who left Cairo in 1956 and became one of the most renowned intellectuals and activists of the ’68 generation in Paris. A devout Maoist, Benny Levy would serve as secretary and intellectual partner to Jean-Paul Sartre, whom he assisted intellectually, when the philosopher became blind during the last years of his life. The Levy brothers, products of a secular bourgeois Jewish family in Cairo, both made their way to versions of Marxism. But from that point, the two had a fascinating divergence of paths. Eddy Levy converted to Islam at age 18, initially to marry a young Muslim Cairene, but over time embracing his distinctive form of cultural Islam as an all-consuming way of life. Meanwhile, his younger brother Benny began to explore his dormant Judaism while working with Jean-Paul Sartre in the 1970s; his later encounter with Emanuel Levinas in 1978 was formative. Thereafter he became an observant Jew and moved to Israel in 1995, where he established a center for the study of Levinas’ ideas, learned Torah, and wrote on Jewish thought. He died prematurely at 58 fifteen years ago on Sukkot.

The two Levy brothers, who remained in touch between Paris and Jerusalem, shared a deep practical and philosophical commitment to dialogue. Dialogue was one of the central ideals in Levinas’ ethical system that Benny Levy sought to explicate and refine in Jerusalem. And dialogue has been an animating theme in the life-work of another set of brothers, Adel Rifaat and Bahgat Elnadi, who together embody and promote the kind of Muslim humanism that all of us have a vested interest in supporting.

David N. Myers teaches Jewish history at UCLA in Los Angeles and is the author most recently of “The Stakes of History” (Yale, 2018).