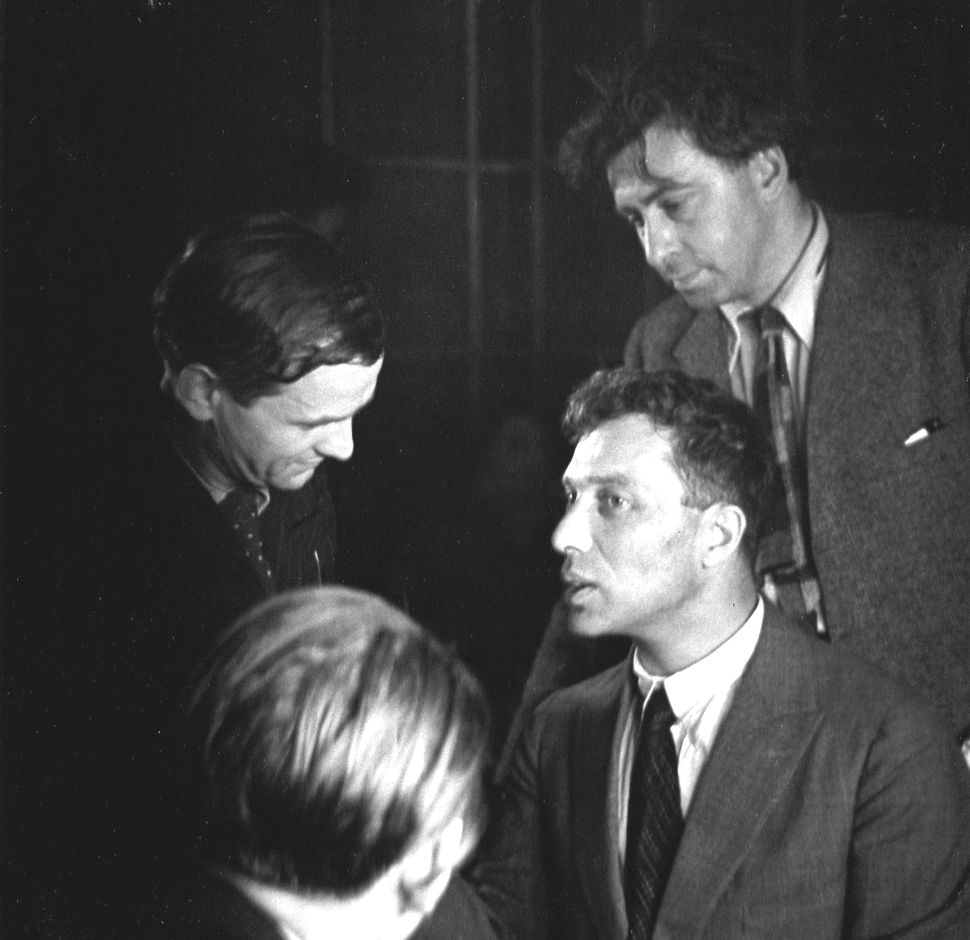 60 years ago today, the Swedish Academy got Boris Pasternak in a whole lot of trouble. In awarding the 68-year-old Russian poet and novelist a Nobel Prize for Literature, the Nobel Committee elevated Pasternak, and his epic novel, “Doctor Zhivago” to a conspicuous place on the world stage. The Soviet Union did not look kindly on the honor.

The New York Times has combed through their archives to spotlight their coverage of Pasternak’s conflict with Soviet authorities who objected to “Doctor Zhivago” and its critical take on the communist state. The reportage reveals a consistent effort by the Soviet Union to delegitimize Pasternak’s work, redact and block the release of interviews between the writer and the American press and the author’s own desperate attempts to please his home country to avoid exile.

In a December 1957 interview with The Times, Pasternak voiced his disappointment with the “storm raging around the book,” and alluded to his willingness to have a communist advisor aid him in making “improvements” to it. But it was too little too late. In short order The Times gave the book a rave review in September of 1958 and on October 23 of that year they rightly predicted the novel, about a doctor’s homecoming from the field in World War I to a post-revolutionary Russia, would make Pasternak a Nobel Laureate.

The backlash from Pasternak’s homeland was swift. The Soviet Union forced The Times to delay the publication of an October 24 interview with Pasternak and, when they allowed the newspaper to run the interview the following day, The Times noted it received the article “in a form suggesting expurgation by censors.” Even with the intervention of censors, Pravda and other Soviet outlets wasted no time in condemning Pasternak on October 26, blasting him as “an extraneous smudge in our Socialist country” and assailing “Doctor Zhivago” as a work of “political slander.” By that point, The Times and its Soviet equivalents were engaged in something of a dialogue: Pravda would spout abuse at Pasternak and The Times would report on their attacks.

Things soon got uglier for Pasternak when the Soviet Writers Union expelled him from their ranks on October 28, a move which prompted Pasternak’s refusal of the Nobel in a cable to the Swedish Academy on October 29. When asked about the cable by Times correspondents in Moscow, Pasternak insisted it was “sent freely.” If declining the award was meant to quell the anger of the Soviet Union, it didn’t succeed. On October 31, The New York Times reported that the Moscow branch of the Soviet Writers Union was calling for the government to revoke the citizenship of “the traitor Pasternak.” Pasternak appealed to Khrushchev the next day, writing in a letter “I am tied to Russia by birth, by life and by work,” adding that his expulsion “would equal death for me.”

On November 3rd it became clear Pasternak’s claim of life or death stakes may not have been hyperbole. His wife, Zinaida reported he was ailing. She told The Times “we shall live very quietly here for one year or longer — with no visits or interviews.”

Her timing was right. In May of 1960, Pasternak had died in his mother country at the age of 70 with his winnings from the Nobel Prize still unclaimed. However, toward the end of his days, he wasn’t always quiet as promised, even entertaining the odd outspoken interview in the face of continued smears by the Soviet Writers Union.

On February 14, 1959, The Times received a short poem by Pasternak which begins “I am lost like a beast in an enclosure/Somewhere are people, freedom and light,” and ends “But in any case, I am near my grave/And I believe the time will come/When the good spirit of good will conquer/Wickedness and infamy.”

Less than a week later he told The Times he would “not retract a single word from ‘Doctor Zhivago’” adding that he was “grateful in my heart that the world is reading it.”