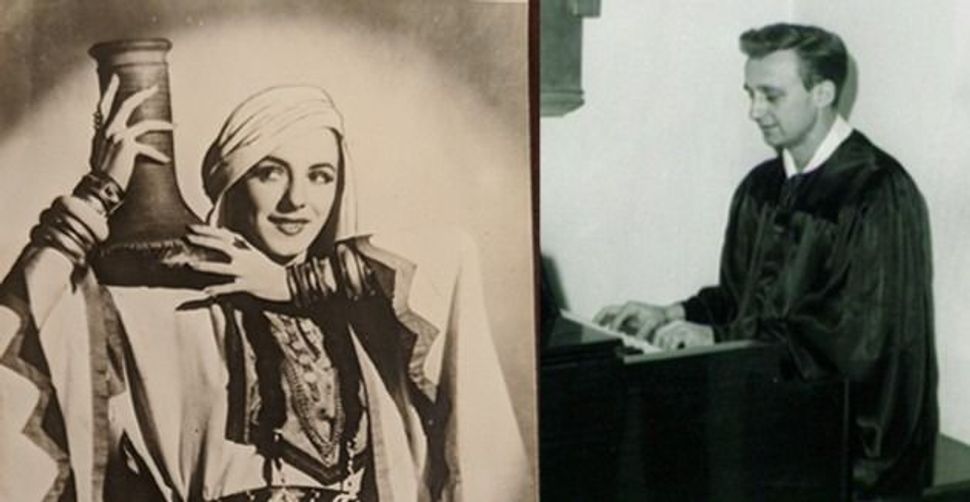 In an apartment somewhere in the metropolis of New York City, the distinguished composer Gershon Kingsley was sitting by his archive when he found sheet music for a composition he had created years ago for the dancer Naomi Leaf Halpern, and he realized that it had been years since he had last thought of her.

Kingsley is best known for the hit song “Popcorn”, one of the first recordings of a song performed on the Moog synthesizer. Kingsley recorded it in 1969 and over the years it became very popular, not only in America, but in Australia, Europe and Israel.

Gershon recalled that Halpern was a dancer who focused on Jewish Biblical themes. One composition he wrote for her was called “Deborah,” and the second one “Biblical Dance.”

When Gershon told his young assistant about the dancer, they immediately googled her name and came upon a video produced by the Yiddish Forward in 2016 in which Naomi describes her years in Camp Kindervelt, the Labor Zionist Yiddish summer camp.

Watching the video, Gershon learned that Naomi now leads a Yiddish club at a synagogue in Woodstock, New York — even though she’s over a hundred years old.

When Naomi shared this story with me a few days afterwards, she pulled out an old black-and-white photo of a handsome young man and told me this was Gershon, and she very much wanted to meet him again. Knowing how hard it would be for Naomi to go down to Manhattan, I called him and arranged to visit him at his apartment in order to plan how he and Naomi could meet in person.

When I met Gershon and his assistant, everything he told me matched what Naomi had remembered. He used to compose music for her and was her accompanist at various performances in cities across America. He even recalled a cold winter day in Minnesota, when Naomi danced barefoot despite the freezing temperature.

And then I showed him the photo.

He and the assistant immediately told me that this young man couldn’t be Gershon. They brought out several photos of him as a young man and they were right. There was no resemblance to the man in the photo.

So if this young man wasn’t Gershon, who was he?

Gershon explained that when Naomi was about 24 years old, he was just a kid of about 15 in Germany. Just before Kristallnacht he fled to Palestine, to the kibbutz Ein Harod (Meuhad). It was there that he discovered his talent at playing piano, and there he began studying how to play seriously.

Eventually he would study at conservatories and become a jazz musician in Tel Aviv and Jerusalem. He also served as a guard in the British police, in the special Jewish force, to guard Jews during the British mandate of Palestine.

Once Gershon’s parents were able to flee from Germany, they went first to Cuba, and from there to New York. Around 1946, Gershon went to New York to reunite with his parents. Six month later he left to California with his brother.

There the Yiddish organization IKUF (Yidishe kultur-farband; the Yiddish Cultural Association) welcomed him warmly, and even permitted him to use their piano to practice. Around 1955, he met Naomi for the first time. By then she was a well-known dancer.

I soon understood that Gershon’s version of events was the correct one.

Returning to Naomi, I showed her the photos of Gershon from that time, and even a short video of him. She soon admitted that the handsome young man in her photograph had to be someone else but she had no idea who it could be. “Maybe a young man by the name of Zeitlin?” she thought aloud.

Finally, Gershon’s assistant and I brought Gershon and Naomi over to their respective computers, and through Skype they were able to see one another after so many years and share their memories. 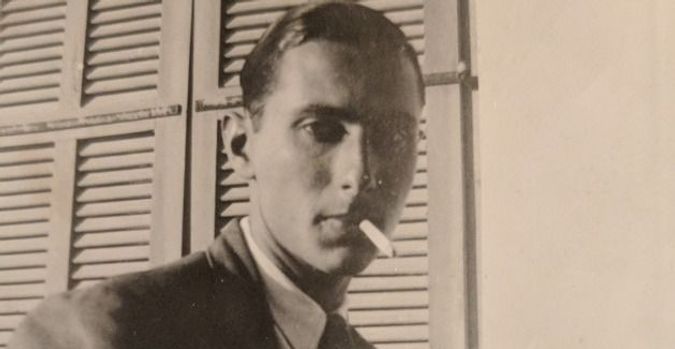 Do you recognize this man? Image by Courtesy of Naomi Leaf Halperin

But the mystery remains: Who was that handsome young man in the photo, standing in front of the wooden shutters once so characteristic of the windows in Tel Aviv?

Naomi hopes that a reader of the Forward – in Yiddish or in English – will recognize him and contact the paper. How amazing that would be!

If you think you may recognize the man in the picture, please let us know by emailing Rukhl Schaechter.