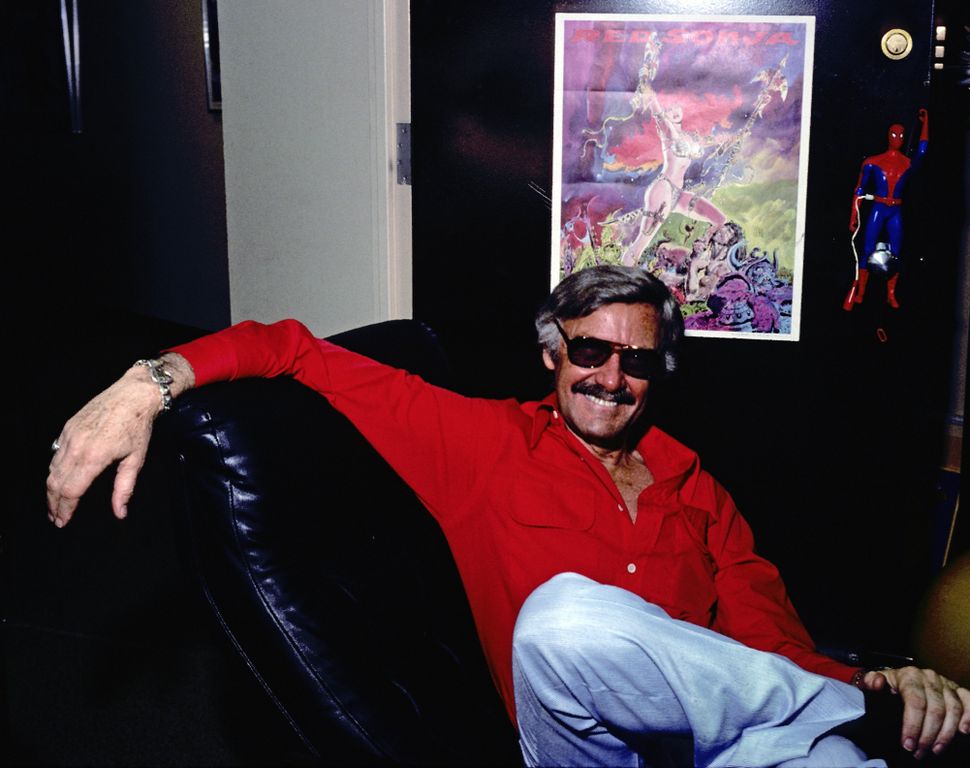 A friend of mine once said there are three unarguably American creations: Baseball, Jazz, and Comic Books. Jews historically had a hand in all of them, but thanks to geniuses like Stan Lee, the latter is what we can claim as truly ours. Stan Lee’s passing marks the end of an era not only for American pop culture, but for modern Jews’ influence upon it. It’s also a conclusion that potentially signifies the death of something even larger.

Now especially, those caped saviors that Lee helped to create can seem all the more far-fetched, which might be why so many of us still cling to them. Outside the movie theaters and comic book stores, no Black Panther has emerged to stop a police officer from killing an innocent African American kid. No team of X-Men offered sanctuary to the dehumanized minorities hiding in fear of retribution. No Captain America has renounced his title in protest of his country giving in to its worst inclinations.

The passing of Lee could very well coincide with the passing of this kind of pervasive, hopeful American fiction.

Born Stanley Lieber on December 28, 1922, Lee helped usher comic books’ rise to an art form, a distinctly American mythology inked onto his issues’ panels like handprints on cave walls. Alongside fellow Yids like Jack Kirby, as well as DC’s Jerry Siegel and Joe Shuster, Lee co-created characters who came to represent the best of what America can, and should, be: Bruce Banner, whose war against his utterly destructive tendencies resonates on personal and national levels. Peter Parker, the brilliant, enthusiastic neighborhood kid devoted to improving his community. Reed and Susan Richards, the hardworking couple representing the pinnacle of American innovation Some of pop culture’s biggest superheroes came from creators with distinctly American Jewish upbringings. Their backgrounds helped shape our larger cultural ideals. Thousands of issues and interpretations later, the superhero genre rightfully includes all manner of representations and opinions, but Lee was instrumental in laying the groundwork.

I doubt Lee ever expected this kind of success for himself, to watch his creations soar from page to screen, to subsequently dominate television and film in a way arguably only matched by the mid-century’s craze for Westerns. He certainly wasn’t opposed to it, first embracing his role as comic book champion during the sixties and seventies, all the way his through his later life’s front-facing resurgence with cameos in 24 of Marvel’s films alongside a near-constant gauntlet of convention appearances and interviews. His death on November 12 signals the passing of one of superhero comics’ last founding fathers, and the closing of a chapter of American culture truly reflective of Jews’ struggle for a place in our society.

Critics will often disparage or wholly write off Lee’s superhero work, or at least the film industry it spawned. Occasionally that criticism has come from within the industry itself. Where one sees depictions of American ideals at their best, others see our culture’s very worst inclinations — the crushing, capitalist monetization of creative work, diversity’s destruction in favor of corporations’ urge to dominate the marketplace, marginalized Americans’ representation only arriving if a profit is attached. When I say “modern Jews’ influence” on the medium, I refer to a specific kind of Jew — a predominantly white, male, Ashkenazi version — which has for so long inaccurately dictated the representation of wider Judaism. Many know the size of Lee’s role in Marvel’s formative days is itself a mix of fact and fiction, subjected for decades to endless argument and frustration.

The reality, of course, is probably somewhere between the two ends of the spectrum. As another friend phrased it to me yesterday, envisioning comic books as American mythology only works if you can admit the mythology is “just as complicated and convoluted as America itself.” Most probably won’t have trouble admitting that. But much like determining which is a superhero’s alter-ego and which is their true self, the answer is rarely as binary as we’d prefer.

Without a doubt, Stan Lee gave us heroes so many Americans strive to resemble, even if we know that, like those heroes, it all might just be a fiction. But if so, it’s perhaps important to remember what any fan of Stan Lee’s creations know: No superhero who dies stays dead for long. There is always a second — or third, or fourth — rebirth possible. Maybe that’s the fitting lesson from Lee’s legacy — that, like his creations, we should keep striving to be something better to repair the world, no matter how difficult or improbable it may seem.

Hope for the future, striving towards tikkun olam, is as integral to superhero stories as it is for Judaism. Every day, Jews say “kadosh, kadosh, kadosh” during the Amidah, “holy, holy, holy,” rising further each recitation in an attempt to move closer to God. Lee closed his recurring column tucked away in the back of Marvel comics, “Stan’s Soapbox,”with “Excelsior!” — ever higher — a signoff that will be remembered fondly many times over over this week, and one befitting Judaism’s central prayers.