An Ace Reporter Brought Down Gary Hart. He’s Not Happy With A Film About The Scandal 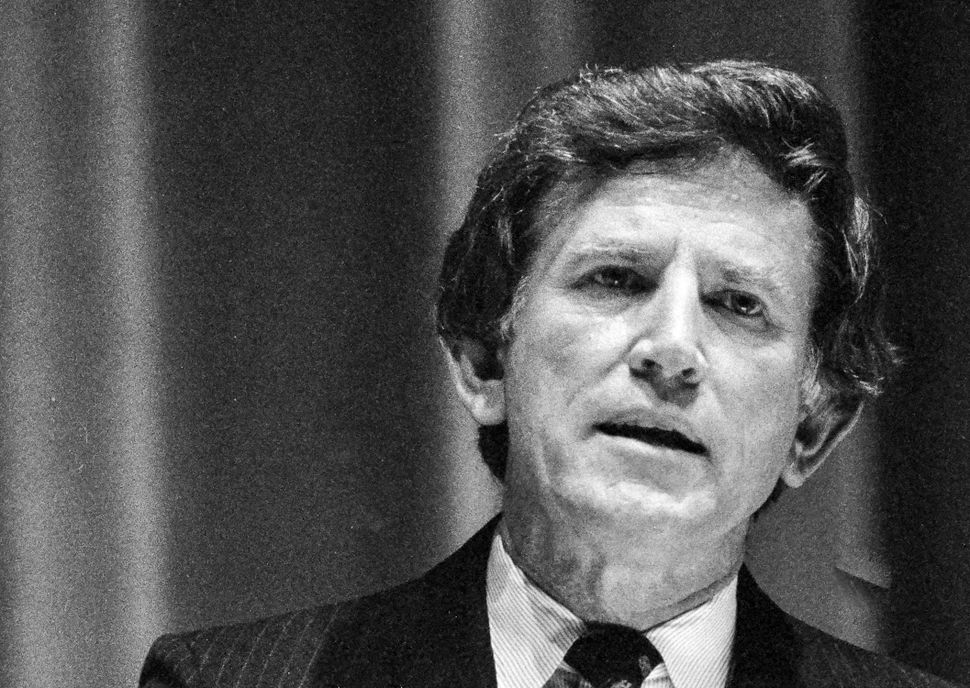 While Hugh Jackman is attracting Oscars buzz for playing Gary Hart in “The Frontrunner,” another actor’s performance in the film is receiving some unwanted attention.

Based on the book “All the Truth Is Out: The Week Politics Went Tabloid” by journalist Matt Bai, the film, directed by Jason Reitman, includes a number of characters based on living people connected to the Colorado senator’s 1988 presidential bid. Among them is a group of reporters who discovered Hart with a woman who wasn’t his wife, ending his hopes at the presidency. One of them isn’t happy with the treatment he received.

The New York Times reports that Tom Fiedler, the former journalist who broke the Hart story as a political reporter for the Miami Herald, has penned a letter to the film’s screenwriters, Reitman, Bai and Jay Carson, asking them to “publicly acknowledge that the film’s depiction of me is essentially a fiction.”

In the film, the actor Steve Zissis plays Fiedler as a schluby reporter desperate for a story. After receiving a tip from Donna Rice, the Miami model with who claimed to have had an affair with Hart, Fiedler and his colleagues stakeout Hart’s home in D.C. As they do, they aren’t shown to be at the top of their craft; they fall asleep in their car and do a poor job of hiding.

Fiedler, who claimed the film doesn’t do justice to the rigor of his reporting and effectively vilifies him, lamented the fact that Zissis didn’t reach out to him in preparing for the role.

“I wonder if Steve Zissis ever went to the trouble of finding a photograph of me, much less researched my reputation.” Fiedler wrote in his letter to the filmmakers, which The Times quoted but did not publish in full. “Had he done so, he would have known I’ve never worn a beard; that I take pride in my appearance and in my physical fitness.”

In a November op-ed for the Miami Herald, Fiedler wrote that while he enjoyed the film, he took issue with the casting and the broader implications of his role in contemporary political coverage.

“I doubt that the ‘Tom Fiedler’ I see on the screen is one my family and friends would recognize. But owing to a Hollywood makeover, this version forever may be me to millions of movie-watchers and obituary writers,” Fiedler wrote. “This ‘me’ is a central player in an historic event 31 years ago, an event that had profound repercussions in the decades to follow and, according to this film, led us to tabloid journalism, to multiple wars and to Donald J. Trump.”

Fiedler is now in his final year as the Dean of the College of Communications at Boston University. He expressed concern in the letter that his portrayal in “The Frontrunner” might deter prospective students.

While Reitman has yet to respond publicly to the letter, The Times reports that he and Fiedler corresponded over email following the film’s release. “I’ve always had empathy for what you must have been thinking as this all unfolded,” Reitman wrote in one email Fiedler gave to The Times.

Whatever one makes of Fiedler’s objections, they’re keeping “The Frontrunner” in the conversation during a crowded awards season. We’ll have to wait and see if the film lives up to its title in the Oscars race to come.

PJ Grisar is the Forward’s culture intern. He can be reached at grisar@rorward.com

An Ace Reporter Brought Down Gary Hart. He’s Not Happy With A Film About The Scandal