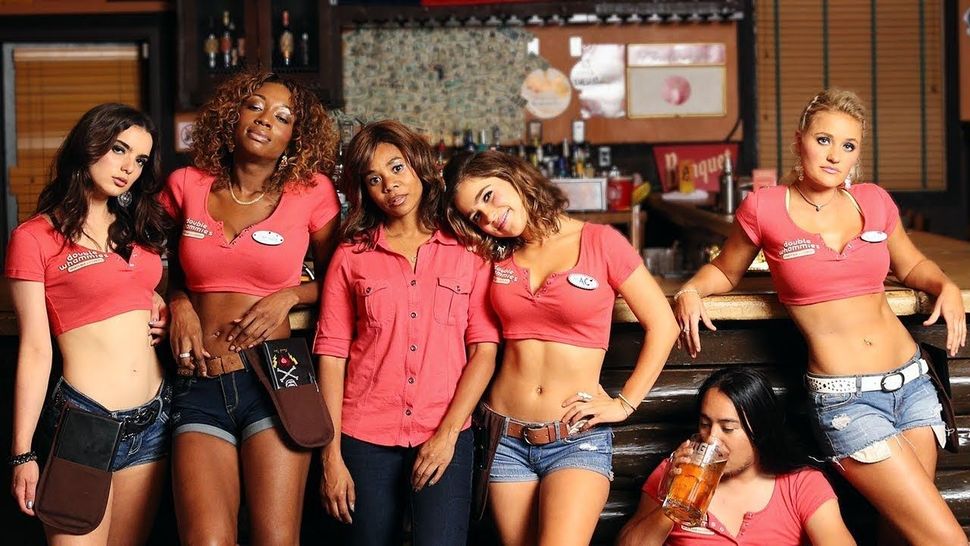 There’s something about the movie release calendar and its accompanying wheel of promotion that can produce a feeling of monotony, one that has an obvious dulling effect on people’s receptivity to the medium at large. Summer is when the big tentpole releases come out and springtime and fall are to be spent, respectively, waiting for and recovering from the circus. At present, the days are cold and the nights interminable, which means that it can must be awards season.

It’s both a failure and something of a triumph of the marketing system that every year can feel a good deal like this one has. The big summer releases are often just new installments in alternating but not dissimilar franchises, none of which are given the luxury of diverting too much from the financially trusty path of fan service; the Awards Films — how damning that this is readable as a genre unto itself — are often dominated by edifying issue films and period pieces that, while gesturing towards the virtues of the industry’s past, too often serve as evidence of a stunted present.

So while the sense of sameness is understandable, it’s also misleading. The reach of the hype machine, omnipresent as the bejeweled scepter of the ascendant PR business, may ensure that the trailer for the new “Avengers” film garners vastly more coverage than a good deal of quite substantial feature-length movies; but make no mistake: Though given short shrift in too much mainstream conversation, committed and imaginative filmmaking continues to thrive, even in this unusually benighted year, 2018 (worse than all except for many that preceded it, and — who can say — maybe each to come).

To name but just a few from a genuine bounty of riches, the past twelve months have seen the theatrical release of a long-awaited new film from Argentine maestro Lucrecia Martel, whose dense and delirious “Zama” was the year’s most fully realized onscreen achievement, as well as a new film from Orson Welles, who presided in spirit over the even longer-awaited “The Other Side of the Wind,” whose posthumous release accords productively with its out-of-place-in-time subject matter. Meanwhile, South Korea’s heroically indefatigable Hong Sang-Soo enjoyed the release of no fewer than three new feature films (with another two since completed!). It is in this spirit that we bring you just a few of the special, Jewish-inflected films from the year, each overshadowed by their more aggressively trumpeted peers, but which may nonetheless produce both a longer-lasting and more welcome impression.

Brooklyn filmmaker Nathan Silver followed up his American-in-Paris whatsit “Thirst Street,” an arch treatment of sexual obsession taking some stylistic cues from ‘70s erotica, with this tale of Gallic interlopers in contemporary Brooklyn. While no less conceptual than its predecessor, “The Great Pretender” (the title is taken from a glam-era Brian Eno track) treats similar ideas of intercultural miscommunication and bad romance in a manner more low-key and purely comic. The film’s primary conceit is a meandering perspective that is transferred from character to character through successive couplings that also transmit, sometimes to the knowledge of the responsible party, gonorrhea. Originally intended as a web series (under the auspices of BRIC), the film is neatly segmented into distinct chapters centered on a different character, each of which employs difference musical styles and types of verbal narration, such that the film’s modest 70ish-minute run-time feels pleasingly packed.

As the film’s general outline may imply, its characters are less-than-upstanding examples of the citizenry. And yet, Silver is not wholly unsympathetic to their lovelorn exploits, despite their sometimes genuinely appalling antics (one notable example: up-and-coming French starlet Esther Garrel sashaying around the kitchen oblivious to her mother’s attempts to give her to understand the implications of the latter’s cancer diagnosis). Shot by DP Sean Price Williams, the not-so-secret weapon of the New York indie scene, the film’s visuals are dynamically variable scene-to-scene, often featuring the grainy, concentrated colors that are Williams’ trademark. Fleet and intimate, “The Great Pretender” might find the heart hoping against its better judgment for a happy ending for these lost characters, even if the head understands that one is unlikely to be forthcoming.

“Support the Girls,” the new film by Austin-based Andrew Bujalski, takes place at a generic Hooters-style breastaurant amidst a tangle of highway that, based on what we see in the movie, might well extend indefinitely. This is the real America that we are told so much about, a mythic place where either the nation’s values live on despite by the machinations of coastal elites or, depending on where you get your news, its worst instincts proliferate unchecked. Of course, Bujalski’s funny and humble movie conforms to neither narrative. Though lest this make one think that it’s apolitical, it nevertheless delves headlong such hot-button issues as race, gender, and work.

Despite the fact that it’s a genuine ensemble piece, the movie lives off of the performance of its lead, Regina Hall, a performer mostly known for comedy who here does a little bit of everything as Lisa, the bar’s manager. Over the course of a single day, Lisa handles a cavalcade of minor crises — covertly organizing a fundraiser for a waitress-in-distress; handling a botched break-in attempt and dealing with the business’s distinctly unpersonable owner (played by veteran character actor James Le Gros, excellently cretinous). Altruistic and reliably decent but not sentimentally saintly, Hall’s expertly drawn heroine is something encountered with curious infrequency on the screen: a convincing, complex portrayal of a good person. On the foundation of Hall’s performance, the films balances between an authentic sense of fellowship (bolstered by strong turns by Haley Lu Richardson and newcomer Shayna McHayle) and a disillusioned awareness of harsh material circumstances. Culminating with a playful confrontation with the abyss, Bujalski’s film looks into a great American void and encounters a good deal of life.

Sofia Bohdanowicz’s second feature, produced with great resourcefulness on a budget of $10,000, begins from a place of exploration. As we watch the filmmaker pack her bags in her native Toronto (a casually gorgeous shot of the sun setting on that city’s skyline opens the film), she explains that she’s leaving to spend a month with the mother of a friend’s colleague in Paris, an encounter that, hopefully, will produce a film. She’s open about the fact that she isn’t going in with much in the way of a concrete strategy. “I have no idea how this is going to work,” she explains in French. “I’m leaving. And that’s that.”

Alighting in the city, she takes up residence with her subject, Juliane Sellam, an elderly astrologer domiciled in the titular apartment building, a stately Hausmann-era construction in Montmartre. Like the building, Juliane’s existence seems anachronistic. The movie is structured around brief vignettes, shot by Bohdanowicz with an impressionist’s feel for sunlight, each centered on Juliane’s habits, which remain unaffected by the passing years. As Juliane goes about her life with a distinctly Gallic sense of urgency regarding her creature comforts, Bohdanowicz gradually reveals more about her character. Her Jewish roots, for instance, are manifested in the weekly ritual of baking challah. I doubt that a more comprehensibly pleasurable film was produced this year, though its levity (and unabashed femininity) should not be mistaken for being lightweight. As befits its title, “Maison du bonheur” is a film about the possibility of happiness, and in this it is no more or less serious than life itself.

The Ballad of Buster Scruggs: “The Gal Who Got Rattled”

There’s always been something of an aphoristic quality to the work of Ethan and Joel Coen, in which even seemingly expansive narratives are liable to turn out to be something you can put in your pocket, be it Llewyn Davis’s ouroboros-like existence or Barton Fink ending up within his own postcard. This is in no way a slight to the brothers or their ambitions — in another way, the same thing was true of Kafka. It does however, lead one to suspect that their style might lend itself well to a shorter format, an impression heightened by the excellent, self-contained Yiddish language ghost story that opens “A Serious Man” (2009).

And so arrives the Coens’ Netflix debut, “The Ballad of Buster Scruggs.” Styled off of pulp short story collections, each segment might be more accurately described as a mortality tale, collectively constituting a pallet in which each color is a different shade of funereal black. The best of these is “The Gal Who Got Rattled,” an Oregon Trail-set romance starring Zoe Kazan and breakout star Bill Heck (given the track record of other recent good looking Coen discoveries, Heck will be snapped up by the “Star Wars” extended universe any second now). The typically arch directors treat each segment with a different sort of irony, and here they employ the most faint, with the effect that a good deal of tension comes from the appearance that they might just be playing it straight. And, for a while, it works spectacularly as the kind of earnest Western love story it seems to be, with crack cinematographer Bruno Delbonnel working wonders with the prairie light, and composer Carter Burwell going full Aaron Copland. The Coens’ writing is spot-on, with the incipient couple’s verbose, tentative dialogues making for what must be one of the most effective depictions of Protestant courtship created by Jews. Of course, this must all come apart, but the journey gives the denouement an emotional rawness sometimes said to be missing from the watch-like machinations of the Coens’ intricate narratives.