Dear Men: Dating You Is Hell 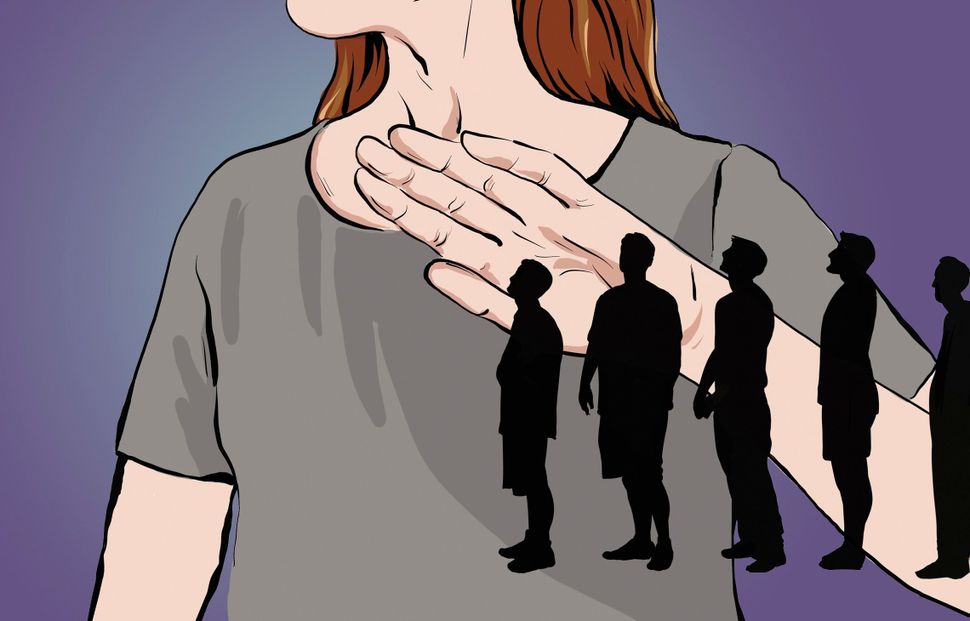 I regret to inform you that I am unavailable to date you at this time. Thank you for your interest in dating me — and for the more than 3 billion of you who have never expressed interest in dating me, thank you for what I can only imagine would be your interest in dating me if you got to know me. I don’t know how long this break will last — probably only until the next time I see a picture of a baby dressed as a pumpkin. For the men who have made it clear that you do not want to date me, this is a retroactive announcement that I also do not want to date you. And that I hardly even think about you anymore. Your new girlfriend seems fun.

Men, you did this to yourselves. As a straight woman, I have long been aware that my sexuality dooms me to wander the earth trying to mate with the exact people who, statistically, are the greatest threat to my health. “What a drama queen,” you men must be saying, taking a little reading break after starting almost every war in history. You see, every interaction with a man, statistically, is a risk. Lately the risk has just seemed too high.

Men, women and children all experience sexual violence, and an estimated 99 out of 100 perpetrators of sexual violence are male. One out of six women will experience a rape attempt in her lifetime. “Get me one of those overprivileged, emotionally repressed, potentially violent people,” said no one after reading these statistics.

If there has ever been a time when men have been an appealing proposition, it’s not 2018. If I can’t trust the Supreme Court, the president, the FBI or 51 members of the Senate, why should I trust Tad from JSwipe who works in sales?

You are lovely, I’m sure. Young men are all so accomplished! You can boil water, quote Bukowski, explain the Electoral College to me over drinks despite my protestations that I know what about the Electoral College, and more. But the fact that most men are not rapists is a small comfort, considering that most rapists take pains to look and act exactly like normal people. And it’s not enticing that no one seems to be able to square the fact that — since sex and intimacy take place behind closed doors and are normal activities when not the result of violent force — proving that an assault occurred is usually impossible.

Seriously, why should I go to any private space with a man if I will have zero legal recourse if the situation turns forceful? I’m sure I’ll be back to dating men soon — I’m not the Ashkenazi Mike Pence. But all men should consider how unfair it is that women have to put their lives on the line every time they want to go on a date. You should consider that our courts and pundits and parents admonish women for having the audacity to get themselves raped without setting up a camcorder first, even as assailants seek out their daughters. Your daughters soon, male peers.

But I’m lucky to be living in the best of times. After all, the #MeToo movement brought about many changes, including that you can now applaud yourself for not being accused of assaulting more than 100 women. Good boys! Have a treat. You’ve never masturbated into a potted plant. That girl wasn’t too drunk. Nothing that happened before you were 18 — no, 21 — counts, right? You can’t even remember that! (She can.)

Listen, it’s not that I think you’re a predator — I know most of you aren’t. I think you happen to have been born into a patriarchal society that you’ve done little to dismantle, and that’s just not really lighting my fire anymore. Why would your polite supremacy endear you to anyone? “If you’re a guy,” Louis C.K. joked, five years before he admitted to being a serial sexual predator, “imagine you could only date a half-bear-half-lion. ‘Oh, I hope this one’s nice!’”

Babes! You and I know men are nothing like bears and lions, majestic animals whose natural instinct is to kill to survive. Forget C.K.’s implication that violence against women is a biological imperative — the comparison is wildly over-flattering. Most men are less lion-like and more like paper wrappers removed from disposable straws: weightless, they suck up all the liquid they come across, expanding into an oozing abundance.

You men can’t help it — every day, you benefit from a system that privileges you. And I don’t think you want to help it, just like I, as a white person, don’t thrill to the idea of giving up the race privilege that positively affects every part of my existence. You don’t know what women experience, and that’s how you like it, and that turns me on. (No, it doesn’t — why would it?) You enjoy your supremacy over women — your short showers, your higher-for-the-same-work pay, your deeper voices and taller bodies that are arbitrarily considered better, your ability to walk outside at night without wondering: “Is tonight the night I get raped? Will it be my fault?”

How is anyone supposed to fall in love with one of you people, with your total consolidation of power, relentless grip on the status quo and refusal to stop at more than 200 Marvel movies? You at-worst-violent-sex-criminals, at-best-gormless-handmaidens-to-the-patriarchy? I am certainly not envious of queer women, who endure hatred and discrimination because of who they are. But it’s inconvenient to be attracted pretty much exclusively to the gender responsible for, well, one example that comes to mind is almost every murder.

I like some men quite a bit. It is sad that these men must be punished for the sins of the collective. I like the comedian Keegan Michael-Key. I like my brother, though I can’t marry him — he’s way too young. The best men I know do not passively accept the fact that they have been socialized to believe they are better because of who they are. They fight it. That’s hot. I’ll miss it during my brief boycott.

Say goodbye to this short, aging Jewess with no retirement savings, boys! Hit me up after you’ve had a good think about what you’ve done wrong and have a plan to make things better.

Yours (in no sense),

P.S. Obviously none of this applies to Eli from college. Text me, Eli!

Dear Men: Dating You Is Hell