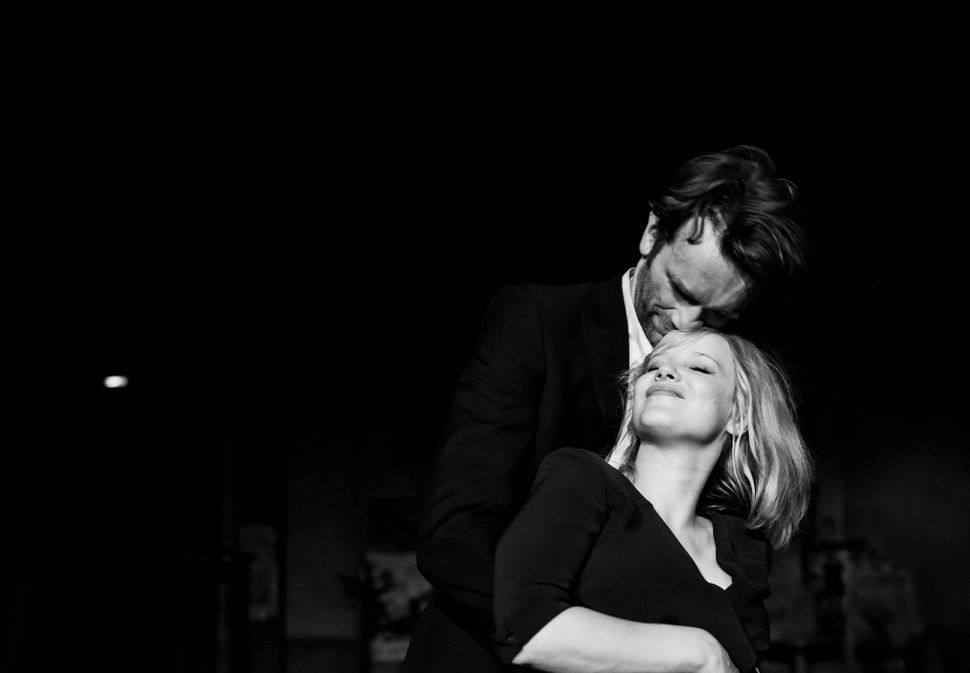 Any good jazz performance, improvised or scored, will circle back to a theme. In “Cold War,” director Pawel Pawlikowski, the maestro behind the Oscar-winning “Ida,” about a nun who discovers her Jewish heritage, does just that. The auteur returns to the earlier film’s black and white format and a story of origins — this time his own.

The turbulent romance of Wiktor (Tomasz Kot) and Zula (Joanna Kulig), named for and loosely based on Pawlikowski’s father and mother, plays out in both the second and first world from the last days of the 1940s to the end of the 1950s. They break up, they make up. They torture each other. They evolve and assimilate and endanger themselves all across Europe and always, despite themselves, end up back together.

Wiktor and Zula meet under false pretenses. Returning from an ethnographic tour of postwar Poland’s poor villages collecting folk songs, Wiktor, a gifted pianist, discovers Zula in a war-ravaged estate in the Polish countryside where he’s auditioning singers and dancers for a fledgling folk company. Zula is a parolee, having stabbed (though she maintains, not killed) her father after he made a pass at her, but presents herself as an innocent girl from the mountains. She soon confesses the truth to Wiktor, along with the fact that since their love affair started she’s been informing on him to Polish apparatchiks who took control of the ensemble. It’s the first of many betrayals, none of which are enough to cause a permanent rift, even when Wiktor defects to Paris, leaving her behind when she fails to meet him at their rendezvous.

Imagine Linklater’s “Before” trilogy condensed into one film and stripped of all banality and you can begin to get a sense of the dizzying display Pawlikowski unleashes. We’re spared the niceties of early courtship and the picayune fights. That’s not to say we don’t get many loaded moments of silence or that the film is overloaded with melodrama. Truly, there is no excess here. No frame is wasted and nearly every one is beautiful. Even the time-jump cuts to black, functioning like musical rests, feel essential.

The film’s overarching theme is one of adaptation and interpolation as Wiktor and Zula reinvent themselves and their dynamic in settings both comfy and abject. We first hear the ballad “Two Hearts” in the form of a Polish folk duet, Zula’s audition piece. Soon the song is being staged in a dirge-like fashion before a banner of Stalin. Years later the song’s lyrics, about a forbidden love, find a tangible target when Zula sings them to Wiktor, who showed up unexpected in the orchestra of a Yugoslav theater, risking arrest and extradition in doing so. The song achieves its final form as a wan Francophone torch song on a Paris-produced record meant to launch Zula’s career as a mononymous chanteuse. But for all these variations and even with the freedom of the French republic as a backdrop, Wiktor and Zula can’t move beyond the damage they cause when they’re together.

The artistry at work here should come as no surprise to those who know Pawlikowski’s assured touch. There are even moments, in a blasted church with effaced frescoes or in a vertiginous dance sequence to Bill Haley and the Comets’ “Rock Around the Clock,” where the film achieves the heights of a masterpiece.

Like Wiktor and Zula’s love story, the film glides with an underlying current of danger: The fear that at some point, between the abrupt cuts to black, a scene will fall flat; that the virtuoso will, like Wiktor in a wrenching scene, hit sour notes and lose the tempo.

For me, he did. The ending of this finely wrought semi-autobiography, which imagine Pawlikowski’s parents’ chaotic coupling as something more elemental, extralegal and attuned to art, is as inevitable as it is disappointing. And yet, true to the nature of this film’s will-they-won’t-they, I find myself second-guessing my own critique, believing that it is in fact the only ending available — the loop back to the leitmotif. While ambivalence should rarely be pulled out from the critic’s toolbox, I feel compelled to deploy it now. It’s what the film demands and, in a way, what I think it’s asking for.