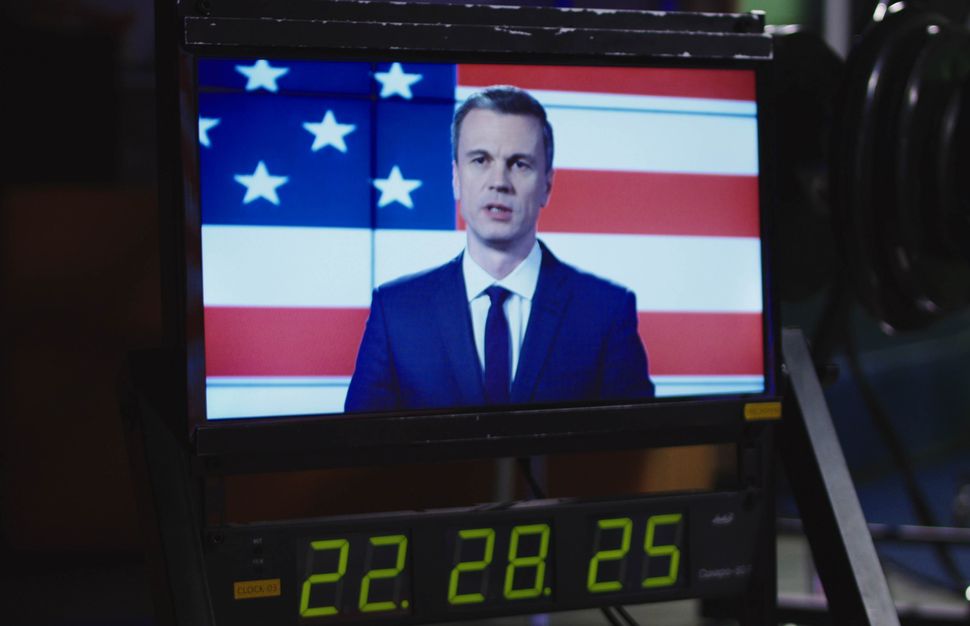 The CBS board may have fired Les Moonves for misleading them about sex, but he did call it straight about money, media and politics.

“Trump’s run may not be good for America,” he told a conference of investment bankers in 2016, “but it’s damn good for CBS.” The campaign may be a “circus,” he said, and the ads and debates may be full of “bomb throwing” and “not about issues,” but “the money’s rolling in…. Sorry, it’s a terrible thing to say, but, Bring it on, Donald.”

Trump was the only candidate who admitted that. “The networks are making a fortune with the debate,” he said on “Good Morning America” in 2015. He threatened to skip the CNN debate in Las Vegas unless the network paid him $5 million. It would have been a bargain: Two of the Fox News Republican debates got the two highest ratings of any non-sports cable TV programs in history.

Like it or not, we’re on the eve of a presidential campaign year again. Last week DNC chair Tom Perez announced that June 2019 will be the first of a dozen Democratic primary debates. He also gave his party’s answer to the second-worst problem with the presidential debates: How can Democrats claim they’re democratic if they kick some candidates off the stage?

Some three dozen Democrats are already “considering” running for president in 2020. The early debates will be make-or-break moments for all but the best-known candidates. Until now, the DNC’s eligibility rules leaned on polls, which mainly reflect name recognition (that’s you, Joe Biden, Bernie Sanders and Elizabeth Warren) and the big bucks that can buy it (hello, Mike Bloomberg and Tom Steyer). The new process, Perez said, will factor in bottom-up measures of support like grass-roots small-dollar fund-raising. If that means too crowded a stage, then instead of relegating undercard candidates to a “children’s table” debate, as Republicans did in 2016, Democrats will divide the contestants randomly into two groups over two consecutive nights in the same location.

But those changes don’t face and don’t fix the original sin of both parties’ plans: outsourcing democracy to big media “sponsors” and “partners.” Presidential debates are piously portrayed as civic rites of passage, heirs to the Lincoln-Douglas tradition, but what they really are is spectacles, show biz cash cows, profit centers just like most campaign news and all campaign advertising.

“Democracy dies in darkness” is the Washington Post’s new slogan. I get that: Darkness is Trump snarling “Fake news!” and covering up a journalist’s murder. Darkness is disinformation, whether from Putin, Murdoch, Sinclair or Zuckerberg.

But democracy dies in dollars, too. That kind of darkness is the branding of the debates’ stage sets and viewers’ screens with the logos, bugs and chyrons of CBS, ABC, CNN, MSNBC, Fox News, Facebook and other major media. It’s the showcasing of the sponsoring networks’ news stars as if the debates were tent-poles of their marketing campaigns. It’s networks selling to debate advertisers the eyeballs of the TV viewers formerly known as citizens. It’s channels putting campaign flacks on their payrolls as debate “analysts” instead of paying investigative reporters to report, because food fights get higher ratings than, you know, actual journalism.

How do we reclaim democracy from corporate media? Just before the 2016 cycle’s debates began, the Annenberg Public Policy Center released recommendations from a bipartisan group working to reform the general election debates. Three of their recommendations, I think, apply to primary debates as well, and even if the parties are too beholden to big money to adopt them, they could still happen if leading candidates made them a condition of their participation.

Debate reform won’t prevent the next Trump, or this one, from fouling public discourse, let alone from betraying the Constitution. Nor will it stop malign actors, foreign or domestic, from hijacking our political process. But it might cut the media industry’s perverse incentive to produce a 2020 infotainment freak show that will glue us to our screens, stuff their coffers with cash and dim the future of democracy.