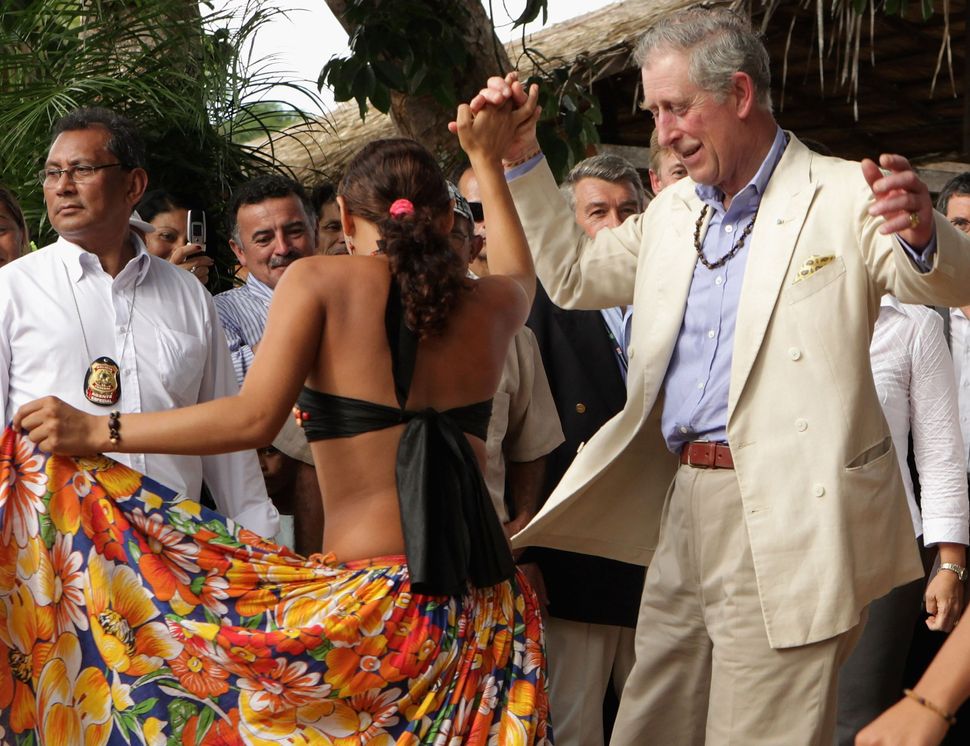 In a new special for BBC Radio 3’s “Private Passions,” where well-known Brits draw up playlists of songs they’ve found to be formative, the Prince of Wales detailed his connection to Cohen’s vocals, The Guardian reports.

“I’ve always loved Leonard Cohen’s voice and his whole approach to the way he sang,” Prince Charles, who selected Cohen’s “Take This Waltz” as a favorite song, said. “He was obviously incredibly sophisticated in the way he sang, but also wrote. I find it very moving, the words are so extraordinary, sort of Salvador Dalí-like, they lead you into this remarkable Dalí-like world.”

But the Prince of Wales’ connection to music and the Jewish people didn’t end there. In the program, which airs December 30, the Prince of Wales described the importance of music education in his life as a student at the Scottish boarding school, Gordonstoun, which was founded by German-Jewish educator Kurt Hahn.

“In those days, the early 60s, we had these marvelous music teachers who had escaped the Holocaust in Germany and came to Gordonstoun and taught music there,” the Prince of Wales recalled.

As one might expect, the Prince has well-rounded tastes, which include a scene from “Scylla et Glaucus,” an 18th-century opera by Jean-Marie Leclair, the final movement of Beethoven’s Fifth Symphony and the Russian Orthodox Church’s Creed, a hymn that was sung at Prince Charles’s wedding to his second wife, Camilla, the Duchess of Cornwall.