The Future Of Judaism Will Need A Big Tent 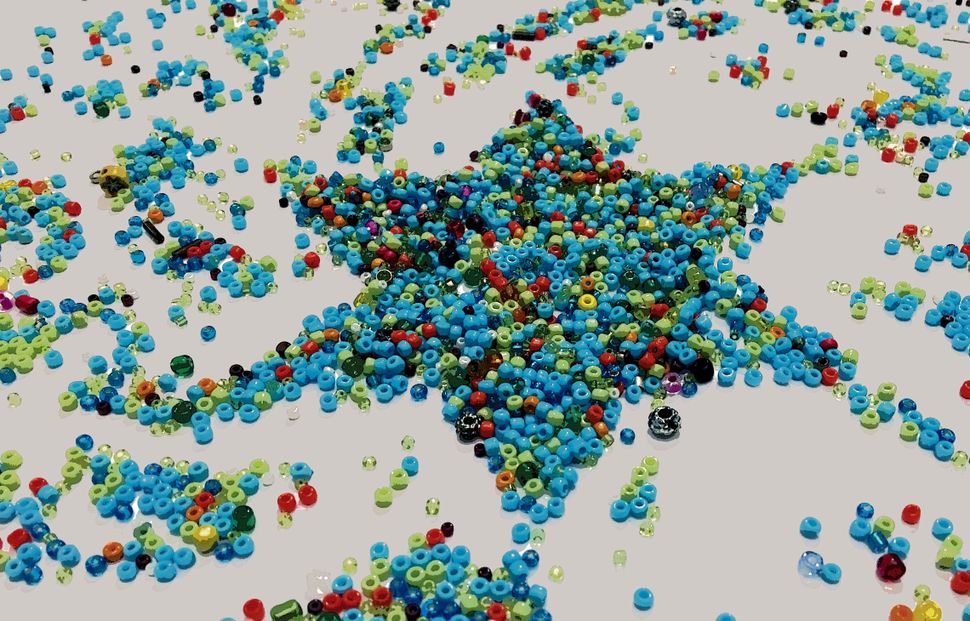 Robert H. Mnookin, who is a professor at Harvard Law School and chairs its Program on Negotiation, has gotten the “changing world” part of his subtitle right.

Writing before last October’s deadly anti-Semitism-inspired attack on congregants at Pittsburgh’s Tree of Life Congregation, Mnookin argues in “The Jewish American Paradox” that increasing acceptance may well be eroding Jewish identity. A lack of persecution, he suggests, elides a sense of shared community, besides fostering intermarriage and its attendant challenges.

In his often provocative book, Mnookin downplays the extent to which irrational hatred of Jews still festers in some dark crannies of American society. He also underestimates the power of historical memory — of the pogroms that propelled many of our ancestors to seek refuge here, and the Holocaust that killed so many left behind — in shaping Jewish identity.

Courting controversy, Mnookin favors what he calls an expansive “Big-Tent” approach to Jewishness. Instead of insisting on matrilineal descent or the rigorous formal conversion process, he proposes counting as a Jew anyone who chooses to so identify. This would embrace, most saliently, the children of Jewish fathers and gentile mothers, but also anyone with a connection to Judaism or Jewishness, however distant. Mnookin wants them all in the tent, preferably as supporters of Jewish causes and with some attachment to Jewish education, ritual, ethics and belief. (Otherwise, what would be the point?)

“Inside the tent,” he writes, “the table is set with a smorgasbord of Jewish values, music, food, traditions, rituals, spirituality, language, philanthropic causes, and connections with Israel. At this table some will nibble; others will feast. But all will have options, and none will be turned away.”

At the same time, Mnookin suggests that individual groups within Judaism — the Orthodox, for sure, but also others — could enforce their own, more rigorous definitions. And, in his ideal universe, those of Jewish descent but with no interest in a Jewish identity, for whatever reason, could opt out entirely.

As Mnookin would be the first to admit, one of the chief ironies of this enterprise, is that he himself is a mostly nonobservant, highly assimilated Jew, albeit one active in Jewish organizations and causes. The writing of “The Jewish American Paradox” constituted, he says, his Jewish journey.

Its first seedling was a question posed by one of his two daughters during a family sabbatical in Oxford, England. When a teacher of religious education asked about her students’ religious backgrounds, Jennifer, the older of Mnookin’s two daughters, said she was Jewish. But when she got home, she asked her father, “When are we actually going to become Jewish?”

The question, he says, stunned him, since the family’s Jewishness was not something he had ever questioned. Jennifer’s reaction to the incident was to announce her determination to have a bat mitzvah. “[O]ur daughter was telling us,” he writes, “that our passive form of being Jewish wasn’t enough.”

When his grandchildren were born, years later, Mnookin began to think more deeply about Jewish identity. The resulting book tackles both the question of who counts as Jewish and what he sees as four critical challenges: nonobservance, fading anti-Semitism, conflicts over Israel and the prevalence of intermarriage. Mnookin’s expressed fear is that the two groups most likely to survive these challenges are the Orthodox and ardent Zionists, with other Jews being marginalized and the Jewish community losing its diversity and vibrancy.

His inquiry begins with a long chapter on the famous psychoanalyst Erik Erikson — who was born Jewish but married a Christian and was ambivalent, at best, about his Jewish heritage. Under Mnookin’s guidelines, Erikson would be allowed to opt out of Jewishness.

Wrestling with definitions, Mnookin explores the matrilineal principle, religious observance, the contested and historically suspect idea of “Jewish blood” and the notion of peoplehood.

‘Our daughter was telling us that our passive form of being Jewish wasn’t enough.’

His chapter on who counts as Jewish in Israel, where laws conflict and extreme religious factions hold significant sway, shows just how gnarly this subject can be.

Mnookin writes at length about the diminution of anti-Semitism over the course of American history, including the rise and fall of “restricted” accommodations and Jewish quotas. He then tackles conflicting views about Israel, the rising rate of intermarriage and the challenges of raising a Jewish child.

The main virtue of Mnookin’s somewhat meandering book is neither its historical tangents — many of them familiar — nor his argument for inclusiveness per se. It’s the fact that it will likely spur readers to ponder the elements of their Jewishness anew.

With four Jewish grandparents, all part of the great Eastern European migration of the early 20th century, I have never doubted my Jewish identity. I heard plenty of Yiddish growing up. I ate lox and bagels, and I spent summers on Brighton Beach. My physicist father, steeped in Orthodox ritual as a child, was an atheist. As a result, my sister and I received no formal Jewish education and entered synagogues only for weddings and funerals. Our main vestige of religious practice was the Passover Seder, largely because we all loved food.

My mother’s religious commitment varied over the years, deepening after my father’s death. He had donated his body to science, and, when he was alive, she had signed on to the same idea. But as her own death, from an aggressive cancer, approached, she suddenly reversed course and requested a Jewish funeral.

That precipitated a small crisis. My sister and I scrambled at the last possible moment to find her a rabbi, a Jewish funeral home and a burial plot in an appropriately bucolic Jewish cemetery. All this was a burden, but also a comfort, especially the rabbi’s healing words. During her lifetime, my mother had wandered pretty far afield, but in the end, it seemed, she was coming home. Mnookin surely would have approved.

The Future Of Judaism Will Need A Big Tent