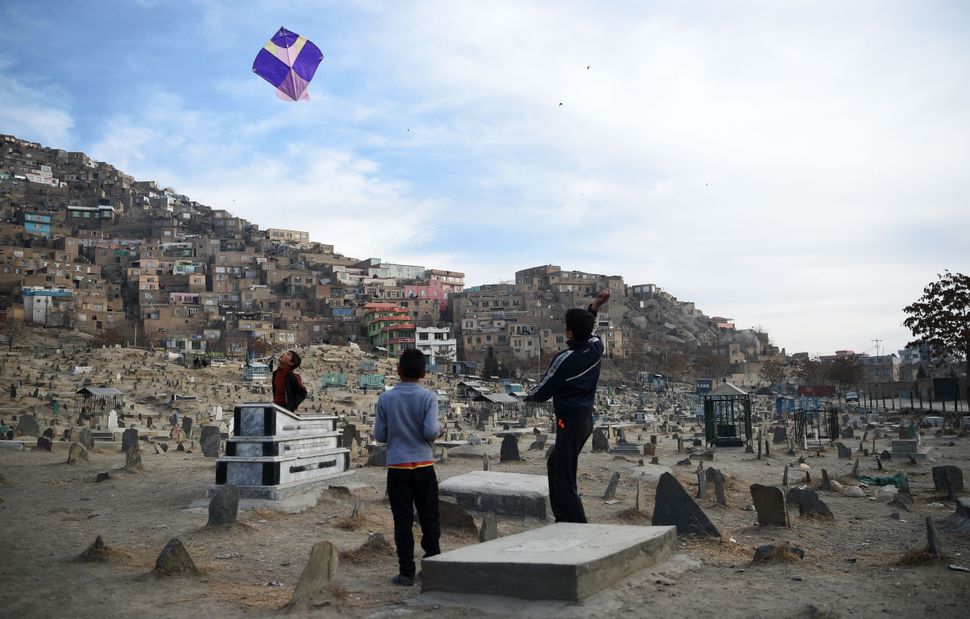 Even Rupert Murdoch can’t take it any more.

“We cannot recall a more absurd misstatement of history by an American President,” the Wall Street Journal’s editorial board declared last week, under the headline, “Trump’s Cracked Afghan History.”

Until then, the paper had managed to suck it up. It had held its tongue when Trump was surprised that “most people don’t even know [Abraham Lincoln] was a Republican. Does anyone know?” It had given him a pass when he wondered, “People don’t ask that question, but why was there a Civil War?” It hadn’t flinched when he marveled that “Frederick Douglass is an example of somebody who’s done an amazing job.”

But the Journal finally lost it when Trump told his Cabinet on January2, à propos of nothing, “The reason Russia was in Afghanistan was because terrorists were going into Russia. They were right to be there.” This, declared the WSJ, was an “utterly false narrative…. The Soviet Union invaded Afghanistan with three divisions in December 1979 to prop up a fellow communist government.” If the paper used hashtags for tweeting editorials, #FakeNews vs #RealHistory would have done nicely.

Cracked history is of course not confined to the captain of Team Trump. Recall Sean Spicer instructing the White House press corps that “someone as despicable as Hitler… didn’t even sink to using chemical weapons” – not even at his “Holocaust Centers.” Or Rep. Louie Gohmert (R-Tex.) reminding Fox Business News viewers of “the fact” that George Soros helped the Nazis steal property from other Jews. Or Kanye West informing TMZ that 400 years of slavery was “a choice.”

But historical ignorance isn’t just a red state of mind. This month marks the fiftieth year that tens of thousands of fourth, eighth and twelfth graders across the country, in both public and private schools, will be tested by the National Assessment of Educational Progress, a federal program (“The Nation’s Report Card”) that no Congress or Administration has managed to kill despite its depressing findings.

The ten school subjects that the NAEP tests students for proficiency are rotated over the years. Two of them, U.S. History and Civics, were most recently tested in 2018; those results will be announced in a few months. The prior year that findings for those classes are available is 2010. Among them:

• Only 12 % of high school seniors – students who are eligible to vote, or about to be – were proficient in U.S. History. That’s the worst performance in any of the ten subjects tested.
• In Civics, only one out of four high school seniors ranked as proficient or better.
• Only one in ten eighth graders demonstrated basic knowledge of the system of checks and balances in American government.
• Most fourth graders were unable to say why Lincoln was an important figure.
• Twelfth graders were given an excerpt from the 1954 Brown v. Board of Education decision that included this passage: “We conclude that in the field of public education, separate but equal has no place.” Only 2 (yes, that’s T-W-O) out of 100 of those high school seniors could identify the problem – segregated schools – that the ruling was supposed to correct.

Studies of other demographics and other subjects find similar voids. To cite just one survey taken last year: Two-thirds of American millennials can’t identify what Auschwitz is.

Supreme Court justice Sandra Day O’Connor said that the “NAEP results confirm that we have a crisis on our hands.” But what kind of crisis? Why does it matter that most American students are as unfamiliar with American history and American government as Donald Trump is?

History is the story we tell ourselves to make meaning. History is also the story that others tell us to enslave or empower us – to persuade us that the way things are is normal and natural; or to reveal the way norms lift some up and push others down, and the way nature can be a front for culture.

Historians, politicians and poets conduct ceaseless campaigns to influence the way the past is remembered. The stories we are living through today will always have more chapters, and always be rewritten; there will never come a moment when those narratives will stop developing, to stop requiring us to rethink the plot of the past.

That’s why autocrats fight so fiercely over the past. February 15 marks the thirtieth anniversary of the withdrawal of Soviet troops from Afghanistan. To commemorate it, writes twice-poisoned Russian opposition leader Vladimir Kara-Murza, Putin’s party, United Russia, and the Communist party are expected to pass a resolution by then justifying their ten-year quagmire in Afghanistan with the same utterly false narrative about foreign terrorists that Trump told. The#RealHistory of the Soviet debacle in Afghanistan has been a flashing warning against future blunders. Replacing it now with #FakeNews about phony terrorists, gives Putin a green light to invade Ukraine.

But that bizarre distortion of the truth is top of mind for the Russian premier. You’d have to twist yourself into a Spicey pretzel to believe Trump got that absurd revision from anyone but Putin.

I have a tiny cameo in this history. When Soviet tanks invaded Afghanistan, Andrei Sakharov, from his exile in Gorky, urged the U.S. and other countries to boycott the 1980 Olympic games in Moscow. President Carter agreed. It fell to Vice President Walter Mondale to convince the U.S. Olympic Committee to vote for the boycott; it fell to me to frame the case.

The speech centered on the failed attempt by an American member of the International Olympic Committee to convince the I.O.C. to boycott the1936 Berlin Olympics. It was bone chilling to read in the State Department archives the reasons his argument was rejected. Don’t drag sports into politics. Don’t penalize the athletes. Let’s take our Jews and blacks to Berlin and beat the Nazis on the playing fields.

Just weeks after American attendance was assured, Nazi troops took the Rhineland. On the eve of the Olympics, Goebbels boasted that the Reich expected the games “to turn the trick and create a friendly world attitude toward Nazi political, economic and racial aims.” It worked. Not even Jesse Owens’s triumph diminished Hitler’s propaganda coup. As the spectators left Berlin, Albert Speer said that “Hitler was exulting over the harmonious atmosphere.… International animosity toward Nazi Germany was plainly a thing of the past.”

Mondale told that story. He ended with this plea: “History rarely offers us a second chance. If we fail to seize this one, history itself may fail us.”

Trump has failed history. Today, with an empowered House, and with the Mueller and state investigations, history offers us a second chance to fail him. Will we seize this one? That’s the story of our future we’re about to tell about our past.