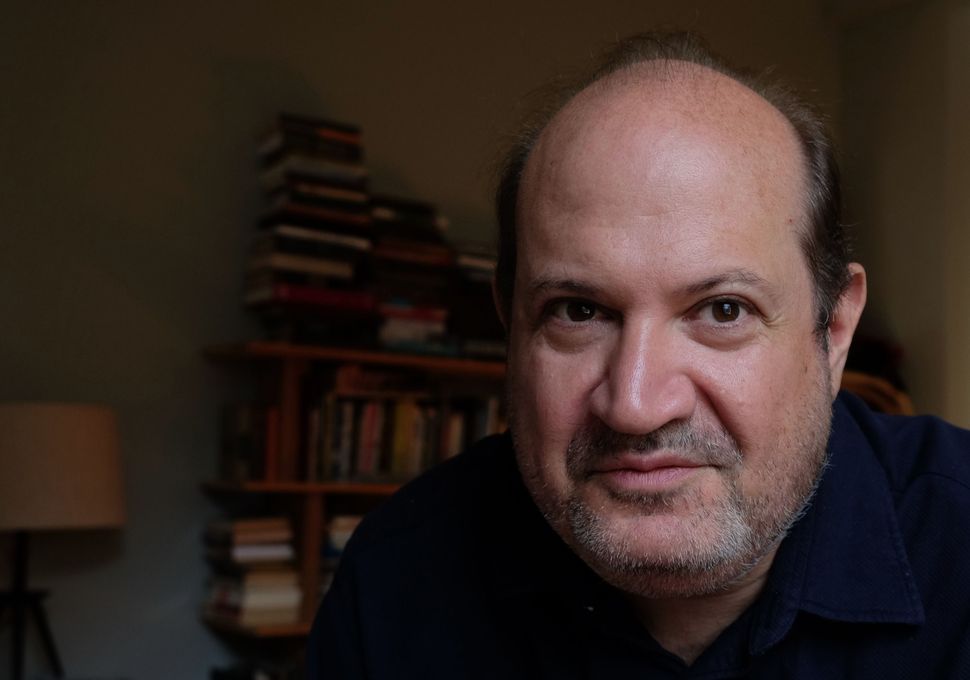 Novelist Sam Lipsyte. Image by Courtesy of Simon and Schuster/Photo by Ceridwen Morris

No one hits a satirical bullseye like Sam Lipsyte. In “Home Land,” a Portnoy-esque series of monologues, published in 2005, the novelist sniped at the convention of the dreaded alumni newsletter; in the 2010 novel “The Ask,” Lipsyte took aim at the donor system in American higher learning. His targets have only gotten bigger: His latest novel, “Hark,” confronts the slings and arrows of an American land of the lost. The book tracks the accidental ministry of the titular prophet who invented the practice of “mental archery,” a mindfulness training that combines bogus anecdotes about famous bowmen, nonsensical mantras and yogalike poses (you pantomime the physical quiver and bow as a focus exercise). Hark’s inner circle, which grows despite — or maybe because of — his hazy message and erratic speeches, is a cross-section of overeducated New Yorkers longing for some essential structure or meaning. Could Hark be a prophet for our times? Could mental archery be the next big thing? The Forward’s PJ Grisar spoke with Lipsyte to find out.

PJ GRISAR: This book skewers everything from mindfulness training to gastropubs to the ultimate entropy of the known world order. There’s so much here, but what was the initial germ of the idea for you?

SAM LIPSYTE: I started this book in 2012. I was sensing how desperate people really were for some sort of guidance or some sort of meaning. They were feeling let down by political leadership, by spiritual leadership, by civic community. People were casting about in different traditions and different practices in mindfulness and different kinds of philosophy. It’s nothing new, but it kind of felt like it had a new flavor, and it seemed to build as the last few years have gone on. People feel even more rudderless and confused now. And then this funny idea of mental archery came to me: this notion that you could build a yogalike practice around various archery poses and sort of mine the mythologies of the world for stories of famous archers. Those got me going, and I started writing about this character Hark and I wasn’t sure who he really was when I began. But then in previous novels I’ve been interested in acolytes and people who gather around someone even if they’re not exactly sure what message this person is purporting to spread.

Something that’s interesting about the circle that forms around Hark, who’s an accidental prophet, is that he attracts people who seem predisposed to irony or cynicism and the people become sincere around him even when he’s sort of bullshitting. If he’s a modern messiah, what does he say about the age we’re living in?

One of the things about him is that he keeps saying “I don’t have a message, I don’t have a message.” He makes a lot of speeches, but he’s kind of a blank. He’s someone that everyone can project their own desires and fears on. In a way he’s the prophet that speaks to the way we’re all in our niches and there isn’t one central narrative that we’re all buying into. We’re all running around with our own conspiracy theories about the universe running through our brains, and we’re not really all joined together in a larger story. The way each character is coming from a very different angle and projecting a different meaning or belief upon Hark maybe reflects the way things are so atomized right now.

Of course people see dollar signs with Hark’s practice, too. Do you think gurus today, or anyone with a vision, are fated to fall into the talons of the market and monetization?

Those influences are so powerful in our society. In this book there’s a little bit of resistance on the part of a few of the characters. But generally, people begin with “How am I going to monetize my belief, my spirituality, you know, me eating this sandwich right now?” We’re all kind of locked into this process. I think that’s a big part of where we are.

Something that struck me was the whole subplot with the character of Kate, who transports bone marrow to hospitals. It’s the crux of one of the zanier episodes, but it also feels essential. Kate’s the student and patron of this guru whose whole practice is pantomimed, and she’s transporting something people really need, that’s really vital. I wonder, were they meant to be two different things we need: psychic and physical health?

We definitely need both, but I think we really need the organ transplants. In a way, the irony is, she’s doing something that, as you said, is really tangible and of real use and yet she doesn’t feel it. It’s not enough. She needs to plug into this other thing. I think that’s kind of a commentary that even when we are doing real work with people on the ground, our culture doesn’t value it. I got the idea from meeting someone who does this work. He was a between-gigs actor and he would do this on a volunteer basis, flying around the world. He would get a couple of days in each city, and he would deliver some marrow or some organs.

You began this work well before Donald Trump’s real bid for the presidency. In the book there are mentions of a parade of presidents who’ve yet to materialize. It’s implied that Barack Obama was a one-term president. Were you putting this regime out of your mind when you were working on the book in 2015, 2016? Or is the current administration maybe a symptom of that alienation and disaffectedness you were writing about before?

Let’s say you get blind for some reason and you stumble off a cliff. You don’t blame the cliff, and I see Trump as the cliff. He’s just the wrong direction, but he was there all along. Why did this country move that way is more the question than “Trump, Trump, Trump.” I see him as a symptom. As I was writing, I didn’t want to peg it to a certain moment, I didn’t want to make it a completely vague alternative universe, so I decided I’d have this cut off. That this was our reality up until that first Obama term and then a different reality took hold that was parallel. I was talking to someone the other day who said, “Sam, you realize you’ve written a science fiction novel.” I was like, “Yeah, I guess I did.”

You have a kind of protagonist in Fraz, who feels very Lipsytian. He’s from New Jersey, Jewish, a teacher with two kids. Do you find yourself identifying with his wanting some higher insight or direction? Do you sympathize with people who are aiming for focus in confused times?

When you’re writing a novel, all these characters are connected to you and are weird extensions of your personality or your different selves. When you’re writing, you don’t think in terms of I can sympathize with this one and not this one. There are characters that are clearly more autobiographically linked. I still write about men like Fraz because I know them and I am them. But here I was interested in a broader canvas and a wider array of voices and perspectives.

In the broadest sense, Hark’s message here, for lack of a better one, is just “focus.” I feel like we can all be down with that idea. Do you do anything to get there? Do you meditate?

I’ve dabbled in meditation, I’ve dabbled in yoga. I do think this idea of focus is not that funny. It’s a kind of huge problem in our society, our failure to pay attention for too long; the distractions; the screens. I see it all around me, I see it in my family, I see it in myself. It’s a struggle, and so I tried different things. In the end, I think the way that I pay attention is to write. I think that my focus practice is prose composition.

I wonder if a form of mental archery can’t be refined into a real kind of practice. At least in the yogalike part I feel like it could catch on.

It very well might work. I’ve held a couple of poses, and it definitely lowers your cholesterol.