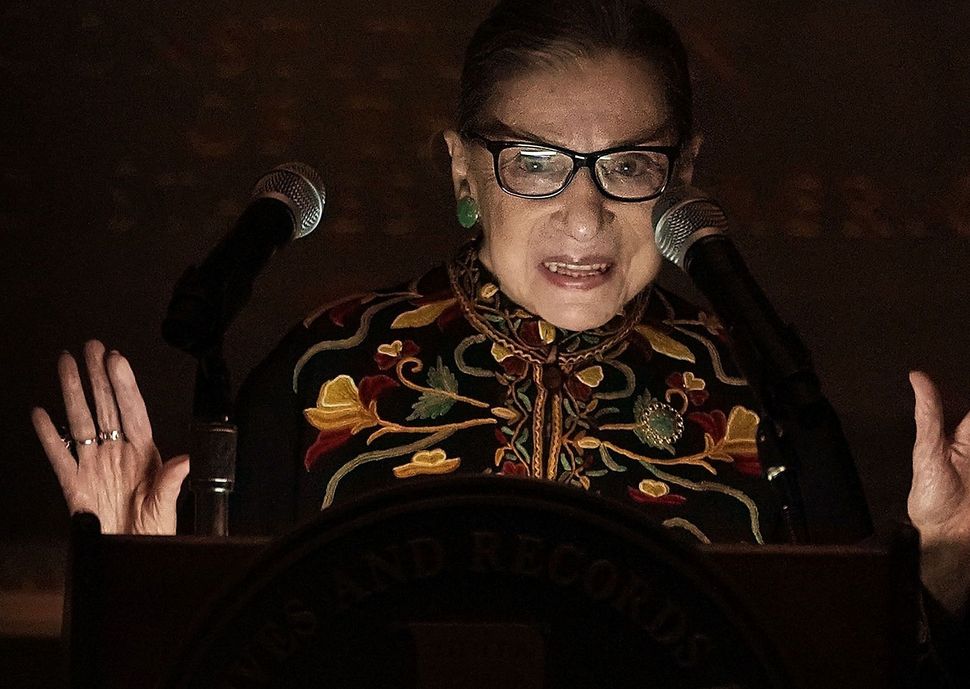 In her swift-paced and concise history of American Jewish women, Pamela S. Nadell name checks all the usual suspects, from the Philadelphia philanthropist Rebecca Gratz and the poet Emma Lazarus to Betty Friedan and Ruth Bader Ginsburg.

She also writes more generally about women like my maternal grandmother, who worked alongside my grandfather during the Depression selling smoked fish and pickles from a barrel, and my mother, who pursued graduate education in the 1950s, only to settle unhappily into suburban homemaking.

A scholar of women’s history and director of the Jewish studies program at American University, Nadell fluidly intersperses thumbnail accounts of the famous and less so with a discussion of trends in American Jewish life. Her task is an ambitious one. In “America’s Jewish Women,” she sets out to compose a social, political, labor and cultural history covering more than three centuries. The price of the book’s sweep is often superficiality. It’s a primer, not the last word on the subject.

Nevertheless, certain themes emerge. Whatever their religious inclinations or politics, American Jewish women wrestled with their dual status as Jews and women. In each role, they were subject to expectations and constraints that relaxed only over time, and then not completely.

Judaism itself imposed obligations, with observance of the Sabbath and dietary laws falling with particular force on women. Meanwhile, religious custom limited their access to privileges such as rabbinic ordination. Like all Jews, they also encountered the contradiction between America’s promise of liberty for all and the pervasiveness of anti-Semitic sentiments and restrictions. And like all women, they butted up against sexism and misogyny in their personal lives and in the society at large, even if they didn’t always recognize them as such.

At the same time, Nadell emphasizes, American Jewish women were different; that’s the very premise of her enterprise. “Jewish women were a part of America’s women and yet, throughout history, have remained distinctly apart from them,” she writes. They tended to seek more education than their gentile peers. They had fewer children. They were more likely to be social and labor activists. It is no accident that many feminist leaders, including Friedan, Bella Abzug and Susan Brownmiller, were Jewish.

Nadell begins with Grace Mendes Seixas Nathan (1752–1831), great-grandmother to Emma Lazarus (1849–87), whose poem “The New Colossus” is inscribed on the Statue of Liberty. Together, Nathan, a wife and mother whose surviving letters illuminate her concerns, and her more celebrated descendant, Lazarus, represent the range of this history.

Though they mostly resembled their non-Jewish neighbors, “the extent of colonial Jewish women’s commercial affairs may have set them apart,” Nadell writes. By the 19th century, Jewish women were increasingly active outside the domestic sphere. Philadelphia’s Gratz, who never married, helped found a variety of charitable organizations, including the infelicitously named Female Association for the Relief of Women and Children in Reduced Circumstances.

American Jewish women played significant roles as social activists, pursuing Progressive-era reforms and advocating for unionism — above all, in the female-dominated garment industry. Others challenged the educational and professional obstacles of their day. Many, like my grandmother, an ace businesswoman, “helped out” in family enterprises and pushed their daughters both to marry well and to pursue other ambitions.

Amid the challenges of the Nazi era and World War II, American Jewish women organized a boycott of German goods and tried their best to rescue European refugees. The extraordinary photographer Ruth Gruber traveled to Italy in 1944 to escort a group of concentration camp survivors and other Jews to the United States and safety.

The final decades of Nadell’s saga include such disparate landmarks as the first Jewish Miss America (Bess Myerson) and the first Jewish female Supreme Court justice (Ginsburg, of course). Along the way, Nadell also touches on matters such as birth control, premarital sex, lesbianism and intermarriage — and the creation, by Ruth Handler’s toy company, Mattel, of the iconic Barbie and Ken dolls.

Feminists, she notes, often have been frustrated by the slow pace of change in the Jewish community and “stunned” by the women’s movement’s anti-Semitism. Clearly, in the American push toward equality, there remains unfinished business. “[M]uch has still not changed,” Nadell writes, even as her whirlwind historical tour celebrates all the progress to date.

Julia M. Klein, the Forward’s contributing book critic, has been a two-time finalist for the National Book Critics Circle’s Nona Balakian Citation for Excellence in Reviewing. Follow her on Twitter, @JuliaMKlein