The Bitter Nostalgia Of Italian Jews, Captured By A Modernist Master 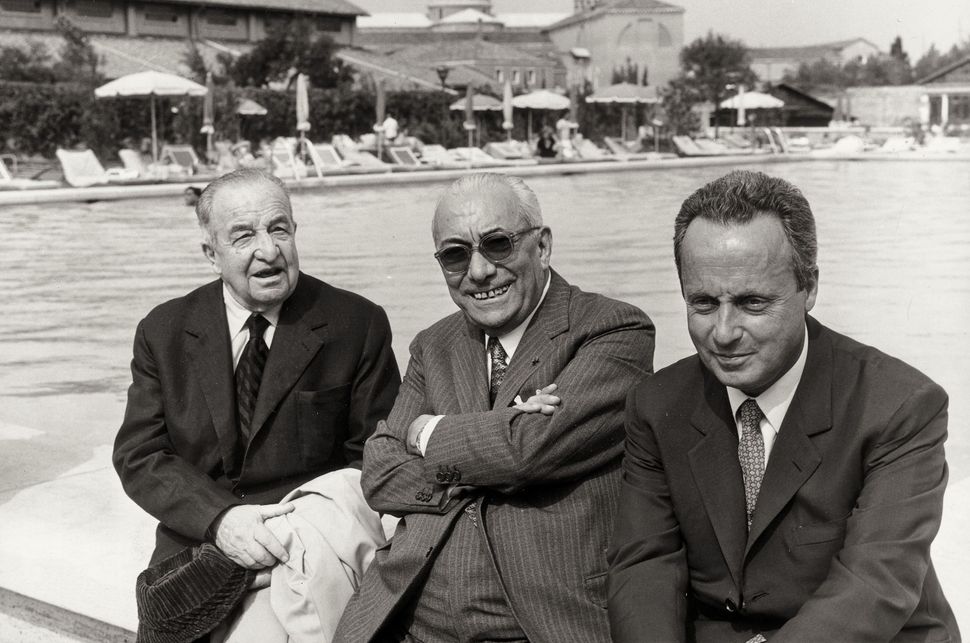 Italy: We long to be there. Red stone buildings and gelato; sun-struck days and soaring basilicas. “A Room With a View.” Katharine Hepburn in “Summertime.” Audrey Hepburn, liberated and love struck in “Roman Holiday.”

One of the many fascinations of Giorgio Bassani’s “The Novel of Ferrara,” a compendium of six interlinked novels examining the lives of Jews in Ferrara before, during and after World War II, is that it even in times of extraordinary violence, it is suffused with something of an outsider’s romanticized perceptions of Italy. Bassani, a Ferrarese Jew born in Bologna during World War I, initially published his masterwork in Italian in 1974; its most famous component, “In the Garden of the Finzi-Continis,” was adapted into a classic film by Vittorio de Sica. In a new translation by Jamie McKendrick, the work conveys a feeling of haze and depth, a sense of an old and inscrutable magic no less entrancing for often being dark. 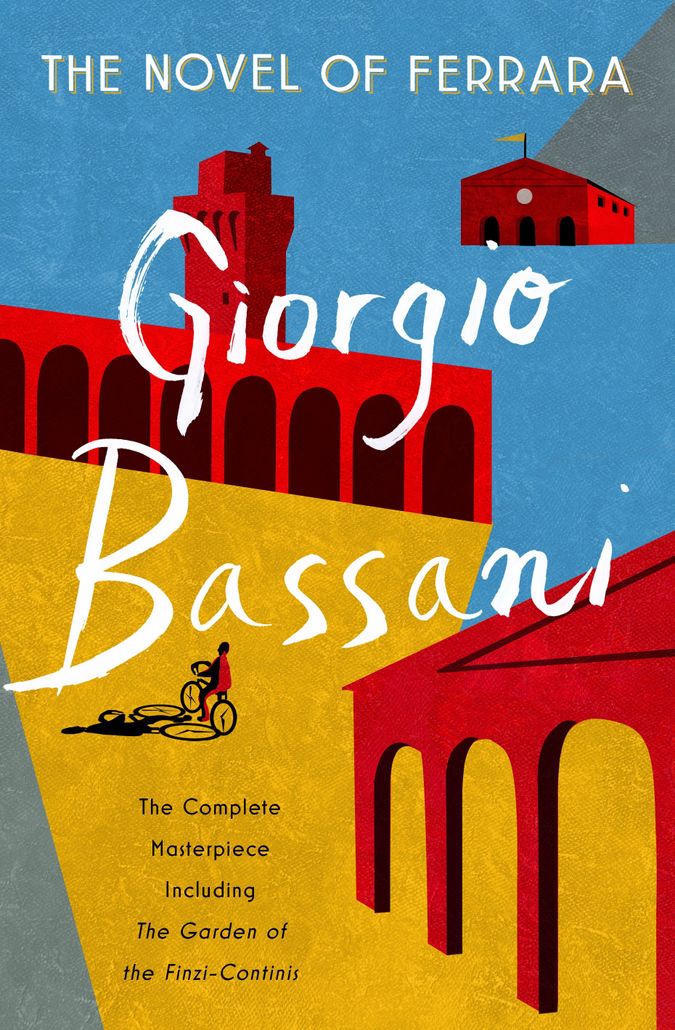 Giorgio Bassani’s “The Novel of Ferrara,” translated by Jamie McKendrick. Image by Courtesy of W.W. Norton

Perspectives shift and falter. An example, from the story “The Final Years of Clelia Trotti”: “True, the bell tower of San Cristoforo, docked halfway up by an English grenade in April 1945 and remaining thus, a sort of bloody stump, is there to declare that any guarantee of permanence is illusory, and therefore that the message of hope that the sunlit porticoes with their reddened heat seem to express is only a lie, a trick, a beautiful deception.” Incidents align to create a sense of nearly cosmic fate within the city; just as a workman installs on a synagogue a plaque commemorating the 187 Ferrarese Jews deported by the Nazis, the lone Jew who miraculously survived appears to laugh at his own inclusion on the list. And Bassani’s Ferrara is inhabited by a cast of characters who occupy such discretely defined roles that they could come from folklore: the old communist who made compromises to remain politically relevant; the young, half-paralyzed man who sits by his window every day, reminding tourists of a past massacre at the spot where they now stand; the unassuming Venetian doctor who brings a welcome sense of class to Ferrara, only to become a target for the fear of others overtaking Italy in the lead-up to WWII.

There’s a simple reason for the sense of yearning that these characterizations provoke: The characters themselves are seized by nostalgia for their home, even while they continue to live there. “The Novel of Ferrara” begins in the brief period of calm experienced by Ferrara’s Jews after the abolishment of the city’s former Jewish ghetto and the unification of Italy, and it continues through the aftermath of fascism, WWII and the Holocaust. Between the former two events and the increased threat of Nazism in the 1930s came a time of rich, if fraught, promise. Jews joined the opposing political causes of communism and fascism with civic zeal, married outside their religion, bought houses far from the few streets to which they were previously confined, joined town rituals as peers and became wealthy as they pursued new business ventures. It wasn’t quite a golden time, but in Bassani’s telling, it was something close: an era when Ferrarese Jews became deeply and productively enmeshed in the fabric of their city — only to be, once again, violently ripped from it.

This sense of respite followed by doom is mimicked by the novel’s geography, which focuses on physical points of fracture in Ferrara. Characters live on the town’s outskirts or in its alleys, locations where the traditions that define the city’s life lose their grip. These characters contemplate the sites of war crimes and thefts, absorbed back into the city’s post-war patterns of life with superstitious ease. And while Bassani’s cast settles into a sort of quirky civic hierarchy that’s universally, wordlessly understood, the characters’ social standing is simultaneously purgatorial. People cling to the roles they’ve assigned themselves because the world around them has become unreadable. The work is an expansive novel of war in which acts of war play a fairly limited part, a lyrical and unrestrictive examination of the way in which uncertainty, violence and grief can cast a whole people into a suspension that, even after the conflict’s conclusion, never really ends.

The result is nearly hallucinogenic, despite Bassani’s realism and emotional restraint. It weaponizes the familiar haze of life in its ordinariness. Incidents that might seem meaningless or remote to anyone who felt his or her life to be stable appear intrinsically threatening in the context of these characters on the edge. Teenage boys harass an older male traveling companion who attempts to join their group: Is it just adolescent cruelty, or indicative of a fundamental societal depravity? Brought to visit an ancient graveyard, a child is told that it feels less tragic because its occupants died so long ago that “it’s as though they’d never lived.” A familiar feeling, and a rancid one. As the girl responds, “Now that you say that… it makes me think the opposite, that the Etruscans really did live, and that I care about them just as much as about the others.”

Yet for all its probing resonance — the 700-plus-page “Novel of Ferrara” is nearly as dense morally as physically — Bassani’s work remains rich and undecided in a way that’s undeniably refreshing. Fiction about the Holocaust, especially that written with several decades’ remove, can often feel too stark, too robbed of that quality of everyday haze, to have depth. There is always a point to it, always a definite story. In Bassani, few lives have real points. More, Bassani indicates, are defined by the questions we attach to them after the fact.

How did Ferrara’s one concentration camp survivor manage to return from Germany, of all things, overweight? When did a youthful fascist turn into a leader of young communists? What ultimately provoked a stubborn young man to take his parents’ advice and flee to America without them? How did a pharmacist’s unremarkable son win the most beautiful girl in town? Tragedies, inherently short on answers, refract reality. Truth becomes mutable, shifting as you seek to pin it down.

And so, in the first sentences of “The Novel of Ferrara” a woman remembers the painful circumstances under which she gave birth to the illegitimate child of a Jewish man who had left her. A small tragedy, her abandonment, scaled against the wave of grief that would shortly descend on her city. But it consumed her, psychically and physically. In the last days of her pregnancy and the first days of her motherhood, her body ate away at itself. Her mind went fallow. Her milk ran dry. And yet in memory, that lonely, wasting time struck her with a unique pang, almost sweet despite the bitter prompting. “Whenever she thought about it,” Bassani writes, “she was deeply moved.”

The Bitter Nostalgia Of Italian Jews, Captured By A Modernist Master