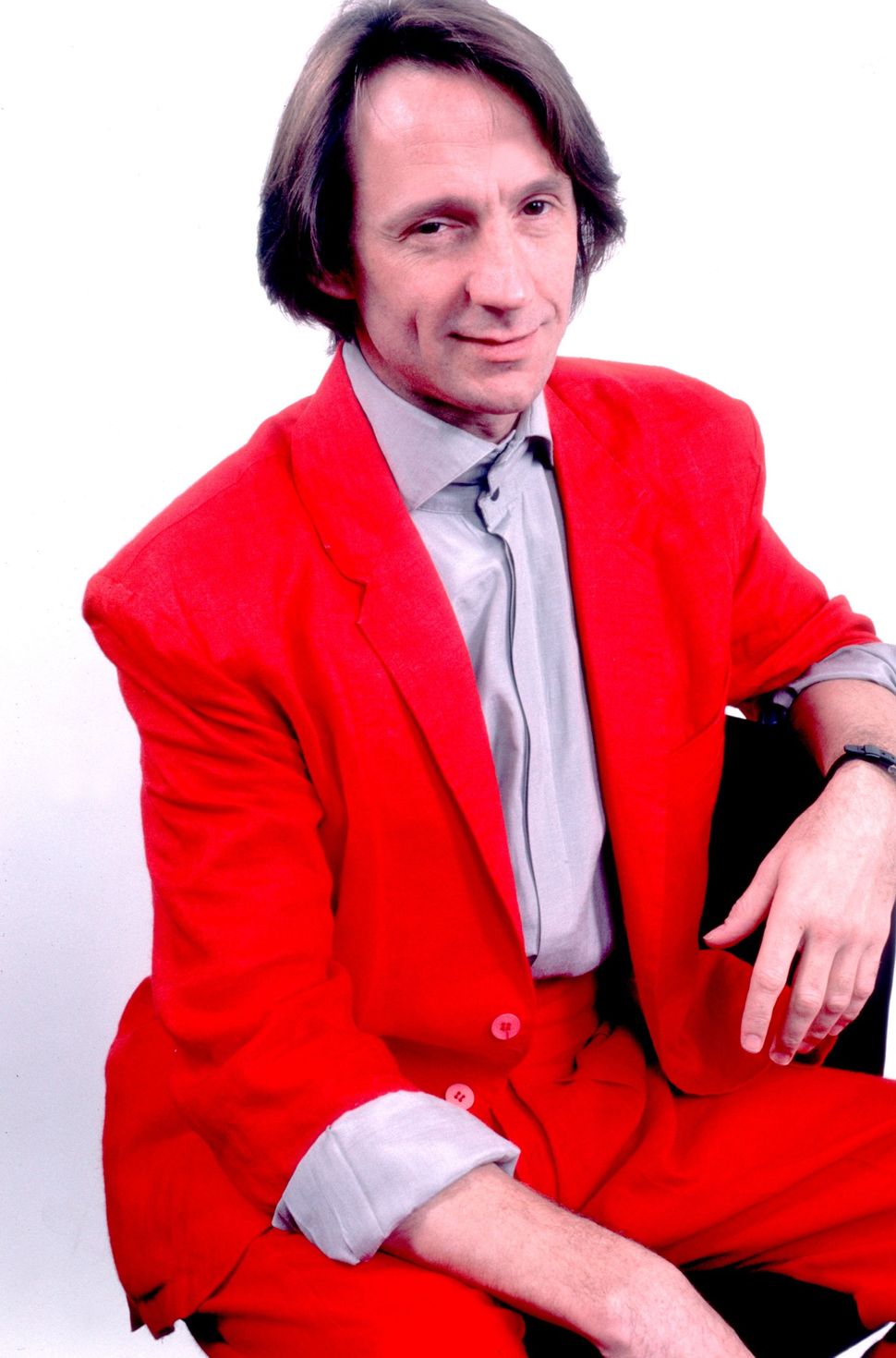 Peter Tork of the Monkees Image by Getty Images

Peter Tork, who died on February 21 at age 77, proved that enduring pop stardom was less meaningful than the quest to understand oneself and the world. Tork won international acclaim as the keyboardist and bass guitarist of the Monkees. His mother Virginia Straus had German Jewish roots, and Tork would include Yiddish phrases in select interviews and speak about this heritage.

In a 1998 interview cited in “We All Want to Change the World: Rock and Politics from Elvis to Eminem” Tork noted that his musical beginnings were not in rock and roll, but as “primarily an acoustic folkie. For us, as acoustic folkies, the politics were very clear. We were strongly liberal, in the Pete Seeger mold. We certainly had a strong sense of right and wrong, and we certainly believed a lot that was wrong with society was the fault of the moneyed class. I think all of us to some extent believed ourselves to be socialists.”

Tork’s social awareness was honed by hanging out in folk music venues in New York’s Greenwich Village, admiring the performances of, among others, the leftist Jewish singer-songwriter Alix Dobkin His fellow Monkees did not share these political sensibilities. A memoir by his bandmate Micky Dolenz mocks Tork’s social consciousness and ranting about “fat-cat, big business fascist pigs!’”

Tork had been invited to audition for producers Bob Rafelson and Bert Schneider, who were later to create such films as “Easy Rider” and “Five Easy Pieces.” Rafelson and Schneider planned a TV series about an American version of the Beatles, who lacked the careerist ambitions of their British coevals. Tork got the acting gig because a friend of his from Greenwich Village, Stephen Stills, had been rejected for the role, but was asked to bring along a friend who had the same “open, Nordic look.”

Rafelson and Schneider informed the young American Jewish writer and director Paul Mazursky that they hoped to emulate Beatles films such as “A Hard Day’s Night” and “Help!,” (1965) as directed by the American Jewish filmmaker Richard Lester (born Liebman). As he discusses in his autobiography, Mazursky co-wrote the Monkees pilot episode in which he also made a cameo appearance, developing the quick cutting style that prefigured the minuscule attention span of the MTV generation. Sudden unexpected costume changes and other comic surprises were added. Mazursky was meant to direct seven of the first thirteen episodes, but was dropped after arguing about being excluded from merchandising profits.

As explained in Eric Lefcowitz’s “Monkee Business: The Revolutionary Made-For-TV Band,” the show ran only from 1966 to 1968, but had a disproportionate impact that still affects fans. Books have been published studying each song performed by the Monkees and examining day-to-day activities of the group during their glory years. Deprived of equitable compensation for their work on a show that enriched others, Tork and his fellow performers spent decades, on and off, touring in live performances to still-loyal devotees.

Part of the show’s durability was surely in its zesty writing. Episode plotlines were conventional, as these summaries indicate:

• Bashful Peter tries to win the heart of a lovely debutante while dealing with her haughty boyfriend.

• Peter must prove the Monkees’ innocence when they unwittingly rob a bank in the pretext of making a movie for two con men.

• At an art museum, Peter copies an old painting for two guards who are actually thieves bent on snatching the real painting.

• Peter is the target of a romantic prima ballerina — and a dastardly plot choreographed by the rest of the ballet company.

But scripts were entrusted to sharp-witted writers, many of them Jewish, including Peter Meyerson, who developed “Welcome Back, Kotter,” Treva Silverman, later of the “Mary Tyler Moore Show,” and Bernie Orenstein, who would produce “Sanford and Son” and “What’s Happening!!”

Tork’s acting in the series would consist mostly of standing around and looking blond, dimpled, and befuddled, a characterization he had developed during early nightclub performances. This echoed a prototype established decades before by the actor Bobby Jordan, who incarnated onscreen a comparable shaggy-haired, bewildered character in Hollywood’s Bowery Boys films.

Tork may have been genuinely perplexed by the producers’ intentions for the show. It was made clear to the cast that they were merely actors, not musicians, expected only to hop about cutely to tracks recorded previously by others. Given Tork’s experience as an instrumentalist, he wanted to perform live. Arguments eventually led to the early demise of the show. A certain lasting opprobrium has lingered among music cognoscenti because The Monkees were intended at first to be actors, not musicians. To this day, they have been excluded from such honorary venues as Cleveland’s Rock and Roll Hall of Fame.

A different sort of glory remained for the group. Tork’s artistic statement closest to his social and political concerns was also the Monkees’ most resounding failure, the satirical film “Head” (1968). Directed by Rafelson, who coauthored the script with the Monkees and Jack Nicholson, “Head” featured surreal episodes reportedly inspired by recreational drug use.

In one of them, paralleling his own real-life spiritual research, Peter discovers a swami who expresses to him that the secret of life is to admit, “I know nothing.” This conclusion was indeed part of the Vedanta philosophy of Swami Vivekananda, an Indian Hindu monk whose teachings gained popularity in 1960s America.

A more tragic aspect of that era was also included in “Head”: newsreel footage of Nguyễn Văn Lém, a North Vietnamese spy, being executed by South Vietnamese Brigadier General Nguyễn Ngọc Loan. This shooting, filmed by NBC in 1968, was juxtaposed with images of screaming young women who, it turns out, are merely expressing excitement about The Monkees, not horror at Vietnam-era violence. Tork felt that by including this montage, Schneider and Rafelson were subliminally discarding the Monkees and looking toward more serious film projects. A box office disaster when it was released, “Head” has since acquired some prestige, and was the subject of an admiring academic study.

As he aged, despite many career and life vagaries, Tork continued to pursue a personal philosophical quest marked by meditation. During a 2014 interview, he remarked: “I think that everybody makes the world better; some when they come in, some when they go out.” To be sure, Tork’s musical talent and cheerful performing style enhanced life for countless fans and will continue to do so for future generations.