In Complaining About Netflix, Steven Spielberg Forgets His First Film Was Made-For-TV 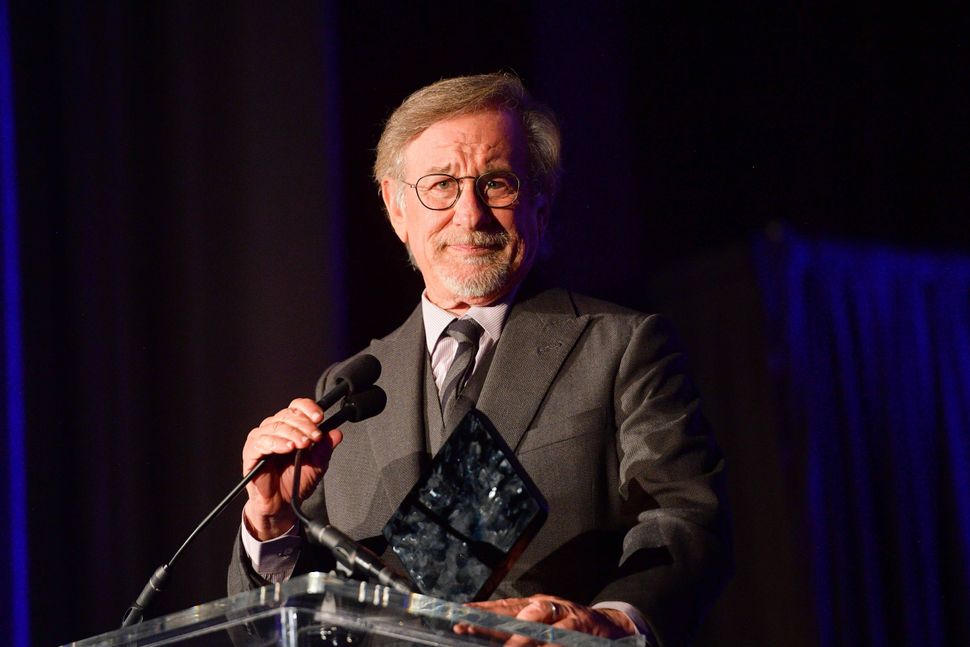 Steven Spielberg seems to have forgotten his roots.

Following an Oscar ceremony that honored Alfonso Cuarón’s Netflix-produced “Roma” and nominated the Coen Brothers’ Netflix western “The Ballad of Buster Scruggs,” Variety reported that the “E.T.” director would discuss streaming services at the next meeting of the Academy Board of Governors.

Spielberg is reportedly pushing for changes to awards criteria that would draw a distinction between theatrically-released films and features made for an online platform. The post-Oscars meeting isn’t the first time the filmmaker has broached his concern over streaming’s place in the industry.

“Once you commit to a television format, you’re a TV movie,” the director told ITV News in March of last year. “You certainly, if it’s a good show, deserve an Emmy, but not an Oscar. I don’t believe films that are just given token qualifications in a couple of theaters for less than a week should qualify for the Academy Award nomination.”

In holding this line, Spielberg is assuming the kind of fogeydom natural for an Academy elder (whether his voting record tracks in that direction with a Best Picture vote for “Green Book” is unknown). But by grumbling about Netflix in his capacity as the Governor of the Academy’s director’s branch, Spielberg is betraying a new artist struggling for exposure: The young Steven Spielberg.

In 1971, at the age of 25, Spielberg released his first feature film, “Duel,”based on a Richard Matheson story and starring Dennis Weaver as a motorist doggedly pursued by a truck in the California canyons. The film didn’t premiere at any local movie house, rather, it played in people’s homes on ABC. So, under Spielberg’s own terms, his first full-length film was a “TV Movie” and the best it could hope for was an Emmy.

It’s doubtful Spielberg believed “Duel” to be Oscar-worthy, but its stands to reason that the film, deemed worthy enough to be released theatrically and overseas not long after its TV debut, had a quality that transcended its initial presentation.

Hearing of Spielberg’s proposal, a number of filmmakers defended Netflix’s content and ability to serve as a launch pad to wider release of the kind “Duel” enjoyed in the ‘70s by the grace of Universal Television, an arm of Universal Pictures.

“A Wrinkle in Time” director Ava DuVernay tweeted about how welcoming the streaming platform is to new voices.

“One of the things I value about Netflix is that it distributes black work far/wide,” DuVarnay wrote, noting her upcoming film for Netflix, “When They See Us,” would be released in 190 countries, also adding, “I’ve had just one film distributed wide internationally. Not SELMA. Not WRINKLE. It was 13TH. By Netflix. That matters.”

Veteran film actor Bruce Campbell chimed in too, tweeting “[s]orry, Mr. Spielberg, Roma ain’t no TV movie – it’s as impressive as anything out there. Platforms have become irrelevant. Make a movie with Netflix.”

On the evening of March 3, Netflix responded to Spielberg, also on Twitter.

We love cinema. Here are some things we also love:

-Access for people who can’t always afford, or live in towns without, theaters
-Letting everyone, everywhere enjoy releases at the same time
-Giving filmmakers more ways to share art

These things are not mutually exclusive.

It’s no big surprise, given Spielberg’s somewhat luddite views on Netflix, that he is not on Twitter. Still, the consensus of the Academy Board of Governors remains to be seen.

“Steven feels strongly about the difference between the streaming and theatrical situation,” an Amblin spokesperson told Indiewire of Spielberg’s views on streaming eligibility. “He’ll be happy if the others will join [his campaign] when that comes up [at the Academy Board of Governors meeting].”

Regardless of the other Governors’ feelings, and his own amnesia surrounding his freshman feature film, Spielberg may not rack up much support among members of the Academy. His old friend and colleague Martin Scorsese is set to release his latest film “The Irishman” on Netflix sometime this fall.

In Complaining About Netflix, Steven Spielberg Forgets His First Film Was Made-For-TV