Trump Doesn’t Want Einstein As His Pilot — Here’s Why 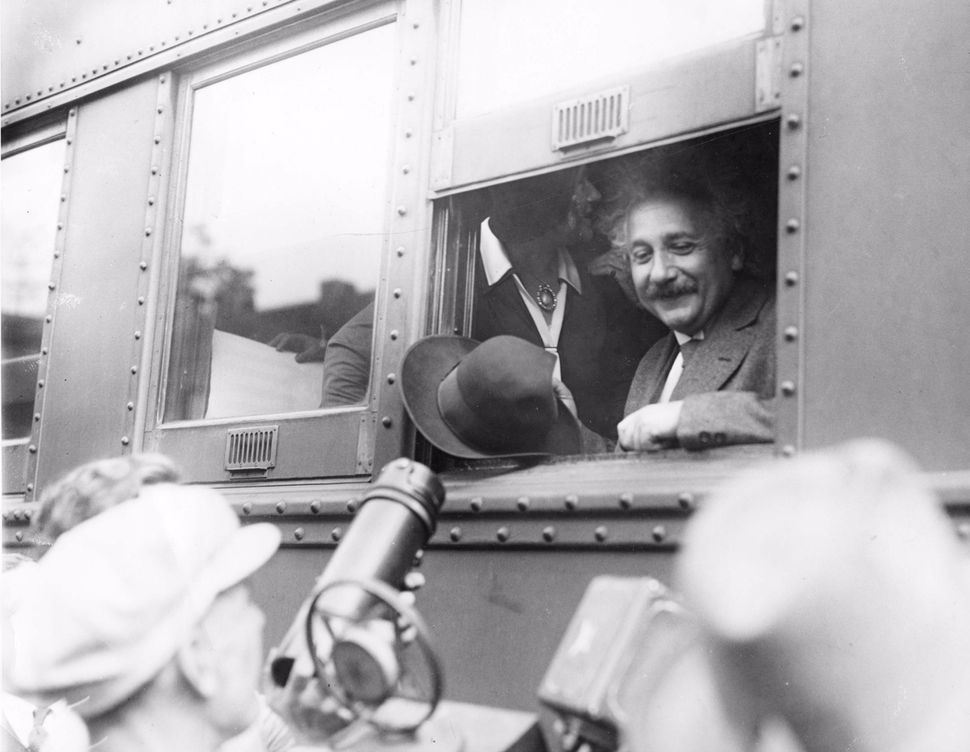 German-born physicist Dr. Albert Einstein (1879 - 1955) smiles at supporters and newsmen out of the window of a train, Chicago, Illinois, early 1930s. His wife Elsa Einstein (1876 - 1936) is visible at his side. Image by Getty/Transcendental Graphics/Contributor

In his latest nonsensical Twitter tirade, Trump lamented how complicated airplane design is getting. Apropos of nothing, the Leader of the Free World spewed the following forth onto the internet:

Airplanes are becoming far too complex to fly. Pilots are no longer needed, but rather computer scientists from MIT. I see it all the time in many products. Always seeking to go one unnecessary step further, when often old and simpler is far better. Split second decisions are….

….needed, and the complexity creates danger. All of this for great cost yet very little gain. I don’t know about you, but I don’t want Albert Einstein to be my pilot. I want great flying professionals that are allowed to easily and quickly take control of a plane!

It appears Trump is responding to two recent, deadly plane crashes both involving a Boeing 737 Max 8. Since the latest crash this Sunday, a growing number of airlines and countries have grounded that model.

Trump may have a point here, as Boeing is currently working with the FAA to improve the plane’s controls. But why the potshot at Albert Einstein? The Culture Desk sought out answers.

It appears that aviation wasn’t Einstein’s strong suit. In 1916 he proposed a new type of plane wing that, according to his test pilot Paul Ehrhardt, made the WWI-era German biplane to which they were applied waddle in a fashion “akin to the flight of a pregnant duck.” But that alone doesn’t preclude Einstein from piloting a plane designed by someone else.

Maybe this does. Digging through our archives we found a black box recording of the Nobel winner behind the wheel of a Boeing Dash 80 – a prototype of the 707 airliner – a year before his death in 1955, evidently as a publicity stunt. After reviewing the audio, we can see why Trump has reservations. A transcript follows:

EINSTEIN: Zis is your pilot speaking. Ve have good visibility and are departing on time—

CO-PILOT: Say, Professor, don’t you think you might be able to tie your hair back – maybe put it in a hat?

CO-PILOT: It’s just you’re saying “good visibility” and I can’t see past your-—

EINSTEIN: Zere is visibility, do not think you can lecture me about photons.

CO-PILOT: Hey look, pal, that’s enough of your condescension. I don’t know what you teach over there at Princeton but in my cockpit… What are you doing touching those dials? You trying to kill us?

EINSTEIN: If ve recalibrate zese dials we can arrive at our destination sooner. Ze velocity—

CO-PILOT: This isn’t your chalkboard, Doc! You want us cleaning you off that windshield? I know you think I’m just some lowly test pilot but I’ve flown more missions than… are you sticking your tongue out at me?

CO-PILOT: What did you do?! Are you taking off without clearance? Air traffic. Air traffic come in—

As far as we can tell this was the last time Dr. Einstein tried his hand at flying, having destroyed the Dash 80’s landing gear. A postmortem investigation revealed that the gear’s mechanism failed in part due to sizable clumps of white hair wedged in the controls.

Maybe we should leave the open skies to the pros and leave theoretical physicist dilettantes away from the console. Though Trump is wrong, of course, to underestimate captains’ knowledge of science. Certified pilots are trained in engineering and certainly have an understanding of physics.

They don’t need to be Einstein — but that’s probably a good thing.

Trump Doesn’t Want Einstein As His Pilot — Here’s Why