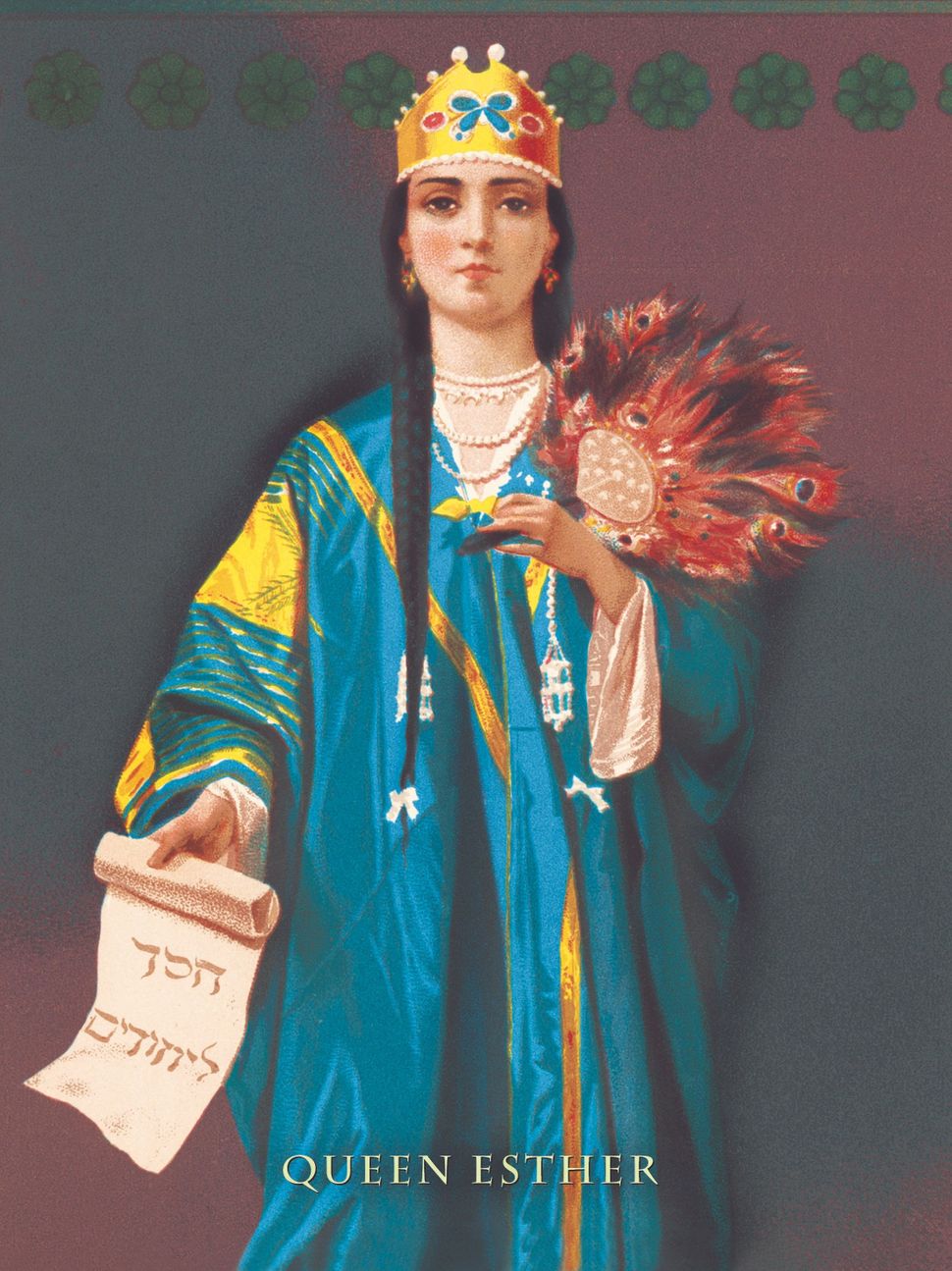 For word nerds, the Book of Esther contains a special treat — the longest word in the Tanakh. Technically, v’ha’achshadrapanim and its eleven letters makes it the length champion of the entire Hebrew Bible. It means “and the satraps” or “and the governors of the provinces of the Persian Empire,” and it comes near the end of the megillah, when existential fear has turned to unexpected triumph.

V’ha’achshadrapanim shares the honor of Longest Word with two other long-legged words, both of which appear in the Book of Ezekiel: u’ch’taavoteihen (Ezekiel 16:47), or “and their abominations” and u’ch’aliloteichen (Ezekiel 20:44), translated as “doings” in the 1917 Jewish Publication Society translation, which is easily accessible online.

But there is an important caveat — an asterisk of sorts — to the longest word in the Book of Esther: v’ha’achshadrapanim, found in chapter 9 verse 3, is not a Hebrew word; it’s Persian.

Talk about a flip, in the spirit of the holiday.

The truth is that many super-long “Hebrew” words are not exactly Hebrew. Consider something like intziklopedia, or “encyclopedia” — a direct lift from Latin and Greek into Hebrew.

According to Merriam-Webster, the medieval Latin encyclopaedia is the course of general education; it also credits the Greek enkyklios + paideia education, child rearing, from paid-, pais child.

The phenomenon of “long=non-Hebrew” is true for names, too; the names of Haman’s sons read aloud, breathlessly, as tradition dictates, during the megillah reading hint that non-Hebrew names are often longer.

Listening to Persian’s multisyllabic options and Haman’s sons elaborate names may make a reader wonder: why is Hebrew so prone to short words?

The Academy of Hebrew Language offers several theories. But of course, before it offers any opinions, it digresses into a discussion of what a “word” is.

“In order to answer the question of what is the longest word in the Hebrew language, it is necessary to define what is meant when we say “word.” (This is possibly the most Jewish approach to the question.)

More specifically, the question here is what counts as a word in Hebrew, which is a bit more complex (of course) than what a word is in many other languages.

The Hebrew language is unusual in that it often mashes what would be a clause in English into one word in Hebrew. That means that Hebrew words that include concepts like “when” are longer than other Hebrew words; the Academy offers k’sheyeh’achel or “and when it is eaten” as an example, but word nerds at home can just open up the first page of the Torah to take a look at bereishit, which is a similar kind of combination platter.

The famous bereishit, the first word in the Torah, is often translated as “in the beginning”; three English words for one in Hebrew.

The Academy offers the word hitgalgelut or “rolling,” as an example of a loooong word with a four-letter root, or really, a doubling of the gimel and lamed two-letter root.

But it’s about more than roots, or double-roots, and a few random words that rolled into the language from elsewhere; Hebrew writing conventions contribute to the short-word phenomenon. Even when Hebrew borrows words or ideas from other languages, it tends to make them into several short words instead of one lengthy word.

Consider a word like kindergarten. It is a German word from the mid-19th century that means “children’s garden.” It remains as one long word in English — twelve letters long. But in Hebrew, the same word and idea become two short words: gan yeladim. which is a direct translation, making garten into gan and kinder, or children, into yeladim. Gan yeladim is what is called a construct noun; in Hebrew, it is easy to attach two words and make a new noun. English uses this much more sparingly; an example is baseball, which combines “base” and “ball.”

That brings us back to what might be the true specialness of the eleven-letter Persian word in the middle of Megillat Esther meaning “satraps.” It wasn’t broken apart.

And that’s a lovely thing to consider, because that is the true story of Purim: a people that did not break apart, despite all the forces marshalled against it. And also, a tradition that still managed to borrow a word here or there, picking up some words from the neighbors as it defended itself.