Judaism In The Digital Age, By Way Of Nathan Englander 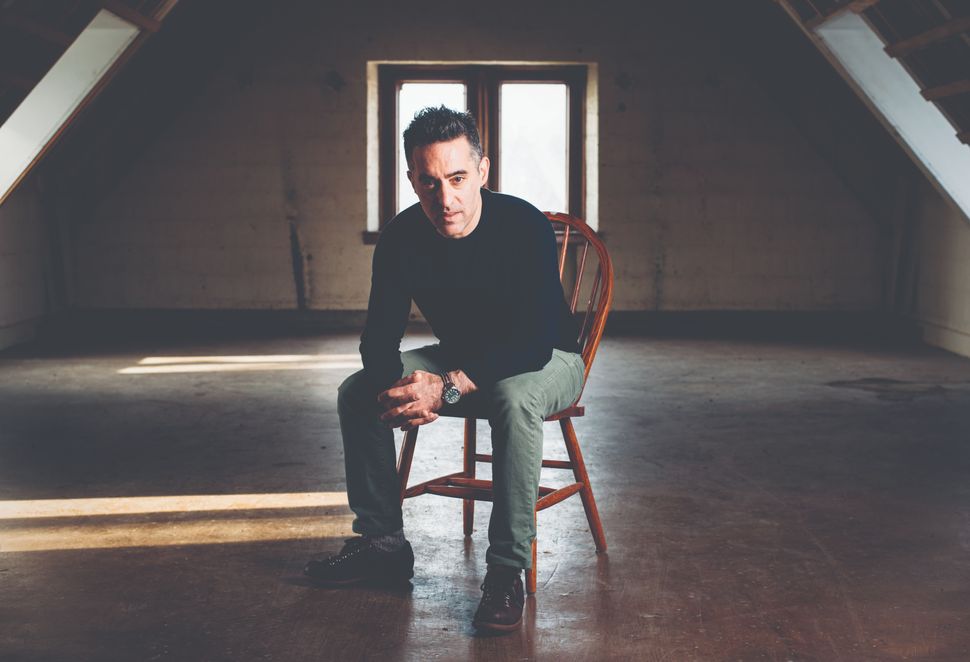 Religious rituals can seem cumbersome or constricting. It helps to believe that they matter — that they are, in fact, essential to righteousness or redemption.

The possibilities of the digital world, by contrast, can seem liberating — a promise of entertainment, distraction, ease and convenience. But by cloaking identity and facilitating subterfuge, the technology can be treacherous.

In other words, both traditional Judaism and the internet rely on faith.

These two subcultures — one rooted in the past, the other in our tantalizing present — collide in Nathan Englander’s short, elegant comic novel, “kaddish.com.” Like all of Englander’s fiction, the novel is anchored in the particularities of Jewish experience. The work marks a return to form after his somewhat ungainly previous novel, “Dinner at the Center of the Earth.”

A quick read, with a series of mostly predictable but still enjoyable twists, “kaddish.com” recalls Dara Horn’s preoccupation with Judaism in the digital age. It’s also infused with eroticism and a belief in the healing, tormenting and prognosticating power of dreams.

The action begins in 1999, with Englander’s protagonist, Larry, a secular Jew, enduring a strained visit to his Orthodox Jewish sister’s house in Memphis, Tennessee. Their beloved father has just died, and Larry finds himself struggling with the ritual demands of Jewish mourning. At night, sleep eludes him. By day, he rejects the low, hard seating and the intrusive concern of his sister’s friends, “this quiet, muttering stream of well-wishers….”

But a more difficult challenge looms: As the sole surviving son, Larry is tasked with the responsibility of reciting the Kaddish, the prayer for the dead, 10 times a day for the next 11 months. Despite his avowals, no one in his family believes he’ll manage it.

Larry’s dilemma is that he wants neither the bother of the ritual nor the guilt entailed in shirking it. Fortunately, a solution is just a few clicks away: a Jerusalem-based website, kaddish.com, which will provide a substitute mourner to recite the daily prayers. For a price, a yeshiva student will speed the departed to the afterlife, “spare the innocent, forsaken soul from the heat of a cleansing hellfire.”

It’s all perfectly kosher — at least as far as Jewish law is concerned. It is Larry’s sister’s rabbi who suggests a proxy, though he may not have had the internet in mind. Designating a replacement relies on faith — on trust that the duty will indeed be fulfilled.

Fast-forward two decades, and Larry, however improbably, has experienced a radical reconversion to Orthodox Judaism. He is now Reb Shuli, a yeshiva teacher. He is married to an equally pious woman, Miri, who devotes her days to Torah study. They have two children. And, having flipped his previous apartment for a huge profit, he has settled his family in his childhood neighborhood of Royal Hills section of Brooklyn. In other words, he has come home.

At his yeshiva, Shuli encounters a somewhat wayward student, Gavriel, who, he discovers, has just lost his own father. Their meetings awaken the teacher’s gnawing regret at having transferred responsibility for remembering his father to a stranger, consigning Shuli to what feels like “a ghost life.”

But what is the remedy? How can he get his legacy, his connection to his father, restored? He sets out to contact the website, and in particular the yeshiva student, Chemi, who took over his prayers. Fortunately, the site still exists, and still seems to be taking on new clients. But Shuli can obtain no response to his increasingly frantic requests to be put in touch with his designated mourner.

Stymied, Shuli enlists Gavriel, who possesses the tech savvy of his generation, to penetrate kaddish.com. By posing as a prospective client, the student tracks down the site’s ISP address and even its geographic location. “It’s all accessible,” Englander writes, “your wants and dreams, your sins and secrets.”

Armed with data and determination, Shuli embarks on a solitary, obsessive quest that will take him to Jerusalem. To reclaim the burden of his grief, he will need to engage in subterfuge, suffer physical hardship and put his own settled life on the line.

To reveal more would ruin the modest surprises the novelist has in store. Let’s just say that fiction, too, often requires leaps of faith.

Englander’s prose is always sprightly. He makes it easy to turn the page, and he supplies a happy ending of sorts, endorsing the values of duty, family and self-sacrifice. But given the abundant challenges posed by both traditional religion and the digital marvels of our age, the novel also sounds a cautionary note. Perhaps, Englander seems to suggest, it helps to temper even the deepest faith with skepticism.

Julia M. Klein, the Forward’s contributing book critic, has been a two-time finalist for the National Book Critics Circle’s Nona Balakian Citation for Excellence in Reviewing. Follow her on Twitter, @JuliaMKlein

Judaism In The Digital Age, By Way Of Nathan Englander